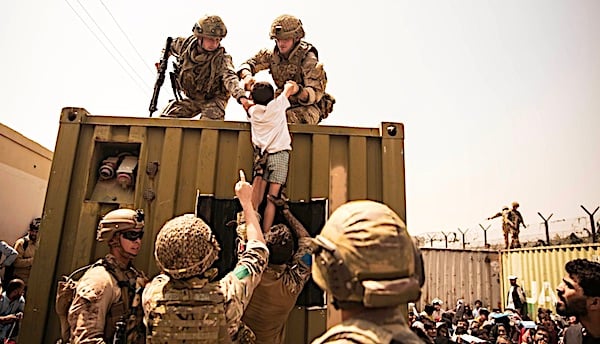 The Biden administration has agreed to take money from U.S. taxpayers and send it to Afghanistan, where the power in control, the terrorist Taliban organization, already was given $80 billion in American war machinery when the president abruptly ordered U.S. troops to abandon their posts there, a report says.

The AP reports the the Taliban says U.S. “has agreed to provide humanitarian aid” to Afghanistan, which the report described as “on the brink of an economic disaster.”

“The statement came at the end of the first direct talks between the former foes since the chaotic withdrawal of U.S. troops at the end of August,” the report said.

While the Taliban statement confirmed a commitment to send humanitarian aid, the U.S. government statement worded it differently, revealing that the American government and the terrorists “discussed the United States’ provision of robust humanitarian assistance, directly to the Afghan people.”

The U.S. statement also made it clear it was not in the plans for the U.S. to recognize the terrorists as a government even though they took over the country in August when U.S. troops withdrew and the government that had been set up under U.S. supervision collapsed.

The report said Ned Price, a State Department spokesman, said the talks were “candid and professional.”

“The U.S. delegation focused on security and terrorism concerns and safe passage for U.S. citizens, other foreign nationals and our Afghan partners, as well as on human rights, including the meaningful participation of women and girls in all aspects of Afghan society,” he said in a statement.

In fact, American citizens and Afghans who partnered with the U.S. during its work in the country over 20 years were left behind under Joe Biden’s strategy, and could become the target of executioners in the Taliban.

The Taliban also said it has ruled out cooperating with the U.S. in a fight against the terrorists in ISIS, who increasingly are organizing on Afghanistan soil.

The Islamic State group, which is opposed by the Taliban, has claimed it inflicted a number of recent attacks including Friday’s suicide attack that killed 46.

Two decades ago, when the Taliban last was in power in Afghanistan, it gave refuge and aid to al-Qaida while it was planning, and then carrying out, the 9/11 attacks that killed nearly 3,000 in New York, Pennsylvania and Washington, D.C..