HSBC, one of the largest banks in the world, suspended a top executive after he roundly criticized global lawmakers’ climate agenda, the Financial Times reported.

Stuart Kirk, who leads responsible investing for HSBC’s asset management division, ripped central banks and governments for using increasingly alarmist rhetoric when it comes to climate change and pushed back against the idea of climate risk to financial institutions during remarks at a Financial Times conference in London Thursday. Following his comments, the U.K.-based bank suspended Kirk and will conduct an internal investigation to determine a permanent response, people with knowledge told the FT.

“I do not agree – at all – with the remarks made at last week’s FT Moral Money Summit,” HSBC CEO Noel Quinn wrote on LinkedIn in response to Kirk’s speech. “They are inconsistent with HSBC’s strategy and do not reflect the views of the senior leadership of HSBC or HSBC Asset Management.”

“Our ambition is to be the leading bank supporting the global economy in the transition to net zero,” Quinn continued. “I hope my colleagues, customers and others will all know, from our work and my public comments, that HSBC is absolutely committed to a net zero future.”

Massive global banks and financial institutions have unveiled sweeping climate policies in recent years aimed at helping the world make a green transition away from fossil fuels over the next few decades. HSBC has pledged, for example, to achieve net zero emissions on its operations by 2030 and phase down its financing for fossil fuel projects.

However, Kirk said last week that the supposed impact that climate change will have has been overblown during his speech titled “Insight: Why investors need not worry about climate risk.” Much of his speech was aimed at central bank officials around the world who he said are in a race to “out-hyperbole the next guy.” 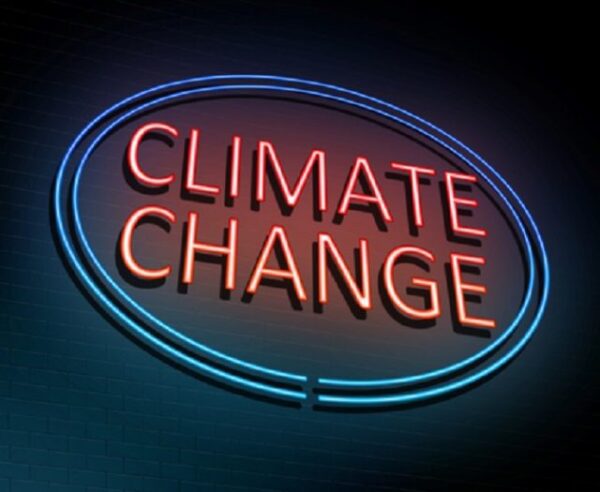 “There’s always some nut job telling me about the end of the world,” he said. “But what bothers me about this one is the amount of work these people make me do, the amount of regulation coming down the pipes, the number of people in my team and at HSBC dealing with financial risk from climate change.”

Kirk also noted a U.S. Securities and Exchange Commission proposal that would force private sector companies to assess their own climate risk and establish plans to mitigate such risks, saying such a policy would distract from larger issues facing financial institutions.

HSBC declined to comment on the matter, while Kirk didn’t immediately respond to requests for comment from The Daily Caller News Foundation.