The ad, a direct appeal to President Biden, was slated to begin airing on Comcast Saturday night during Saturday Night Live, then multiple times around NBC’s Meet the Press, continuing through the FDA’s VRBPAC Meeting on Pfizer Data on its COVID-19 Vaccine for Children 5-11.

“This should not be a political issue.  This is a human rights issue.  What if Maddie was your daughter,” said Stephanie de Garay, Maddie’s mom.

“I’ve waited over 8 months for Pfizer or the FDA to acknowledge what happened to my daughter and they haven’t.  They tried to ignore her injuries.  I had hoped that with this ad, she would finally have the chance to be in the room with them, to be seen by them, and for her voice to be heard.  Instead, they silenced her.”

Stephanie, who has always been pro-vaccination and pro-science, said. “Maddie wanted to help others, to help the world get back to normal,” said Stephanie.  “Now has lost the ability to walk and relies on an NG tube for all of her nutrition.”

“She received her second vaccine dose on January 20 and came into our room in the middle of the night, she said she didn’t feel right and asked if she could sleep with us the rest of the night.  She has been waiting over eight months to be acknowledged by Pfizer, the FDA, and CDC and has not even received an email, a phone call, or a text.  Nothing.

The ad is just one in a series organized by the non-profit organization, the Vaccine Safety Research Foundation. 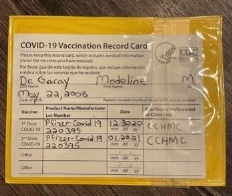 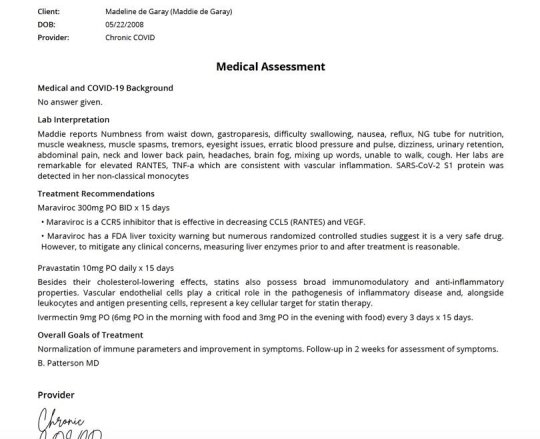 According to the FDA and CDC, the government’s only way to record injuries and deaths attributed to vaccines is the website called the Vaccine Adverse Event Reporting System or, VAERS by self-reporting or by a healthcare professional reporting.

According to VAERS, there have been:

Maddie’s symptoms occurred almost immediately after the second dose in the Pfizer trial.  For example, according to medical records and her mother’s documentation, within 12 hours Maddie experienced:

She continued to decline over the following 3 months and developed these symptoms:

Stephanie and Maddie are scheduled to attend the press conference and peaceful rally on November 2, 2021 in Washington, DC which is being organized by REAL NOT RARE.  Information can be found using the link below.