In a recent Wall Street Journal op-ed, former New Jersey governor Chris Christie, a Republican, correctly blamed the nation’s teachers unions for the overwrought Covid-related lockdowns that have strangled public education throughout much of the country. The American Federation of Teachers took umbrage at the column and countered with a Tweet, “Teachers, staff, and the unions behind them are not a barrier to schools reopening. We are a barrier to staff and students being put in danger for Republican talking points.” 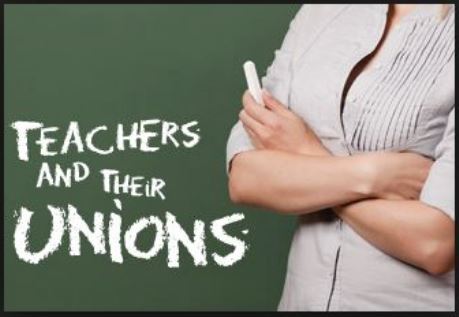 No, not a Babylon Bee entry. The union actually thinks that Republicans pose a greater threat to children than the lockdowns, which have now been with us for just about a year, but nothing could be further from the truth. In fact, the CDC is urging the nation’s elementary and secondary schools to reopen as soon as possible. At the same time, The New York Times “Asked 175 Pediatric Disease Experts if It Was Safe Enough to Open School.” The experts, mostly pediatricians focusing on public health, “largely agreed that it was safe enough for schools to be open to elementary students for full-time and in-person instruction now. Some said that was true even in communities where Covid-19 infections were widespread, as long as basic safety measures were taken.”

Maybe they were Republican scientists and pediatricians? Hardly. In fact, many liberals in government and the mainstream media are now pillorying the unions over their intransigence.

For example, veteran New York Times columnist Nicholas Kristof, a self-described progressive, is demanding that schools reopen now. In an opinion piece last week, he blamed “Democratic governors and mayors who too often let schools stay closed even as bars opened.” He also stressed that they have “presided over one of the worst blows to the education of disadvantaged Americans in history. The result: more dropouts, less literacy and numeracy, widening race gaps, and long-term harm to some of our most marginalized youth.”

In San Francisco, where unicorns outnumber Republicans, the city is suing the school district over its refusal to reopen. The lawsuit, filed in February, claims that the “number of suicidal children in San Francisco has hit a record high and health experts say it is clear that keeping public schools closed ‘is catalyzing a mental health crisis among school-aged children.’”

Also, the hardly Republican Los Angeles Times editorial board is not happy with the ongoing shuttering of schools. In “L.A. Unified is officially out of excuses for keeping elementary schools closed,” the editors insist that Superintendent Austin Beutner “needs to put on his big-boy pants, reopen schools and demand that teachers return or risk their jobs.”

Chicago progressive Democratic mayor Lori Lightfoot has been butting heads with the Chicago Teachers Union over school reopenings. In a recent interview, she suggested that the obstinance of the union revolves around its aspirations to become “something akin to a political party” and that “ultimately, they’d like to take over not only Chicago Public Schools, but take over running the city government.”

Parents of all political stripes have reached the end of their rope. Ad hoc groups of moms and dads are out in the streets demanding that their schools reopen. Open Schools California and Reopen California Schools have thousands of members statewide. The groups have called for campuses to reopen, want more transparency from school districts, and a seat at the table to discuss reopening plans.

Saturday, calling out the United Teachers of Los Angeles, hundreds of parents gathered at the Federal Building in West L.A. and demanded that LAUSD reopen. Now.

The teachers unions claim that we must have a boatload of cash to reopen – for masks, updated ventilation systems, and other Covid-related adjustments. But in reality, not much money is really needed. As policy analyst Inez Stepman writes, only five percent of private schools across the country started all-virtual this fall. She adds that “the average private school tuition (is) substantially lower than average public school per-pupil funding (about $11,000 to public schools’ $14,000), they’ve received only a tiny fraction of the federal and state aid that has been available to public schools.”

While the unions demand online-only learning in public schools, many families are bidding adieu to the Educational Industrial Complex. Data released in February show California k-12 public schools have dropped by a record 155,000 students. Nationally, untold millions have dropped out of their public schools.

So it is hardly a surprise that a survey of 160 independent schools reveals that private schools are picking up the slack. Researchers found that of the 160 independent schools, “121 are currently open full time, for face-to-face learning. The remaining 39 are on some sort of hybrid schedule…”  Additionally, Education Week reported in November that, pre-Covid, about 3 percent of children nationwide were homeschooled. But this year, that number tripled to 10 percent. No telling where that number is now.

The lockdowns have opened a Pandora’s box. While some parents are indeed afraid of sending their kids to school, many are not. And it’s the latter group who has been sending their kids to private schools in increasing numbers. This bodes well for the parental choice movement that is gathering steam in many states across the country. More on this soon.