I sat through the October 6 Oxnard City Council meeting, and stayed til midnight to have my three minutes of public comment on the item for extending the City Manager’s contract. Unfortunately, I could not be heard, the transmission was garbled. So, I would like to share the essence of that comment here.

I was sure this would be another 7-0 vote to extend his contract another three years, adding 3 months to the six months severance package, if terminated without cause. This extension passed 7-0. 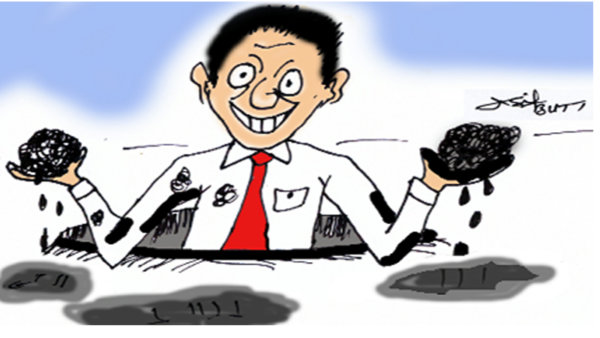 I have some deep concerns about the tone and tenor of some of the comments made by our City Manager Alex Nguyen, at City Council Meetings, and on the Web, with some presentations he gave. During the Q&A session of one of those forums, he called our current City Treasurer, “A liar”, of course without any proof to produce. He forgets that whether he likes Mr. Molina or not, he is part of our elected leadership team for this City. To denigrate an elected official on social media, for the world to see, is beyond the pale.

But, it did not start, or end there. At the City Council meeting where he (Molina) was demoted, Mr. Nguyen made a similar statement. During another forum on the Measures, he was asked about the Starr initiative measures, and responded, “Crazy”, “Stupid”. Perhaps this type of rebuttal would work in the school yard, but is not a cogent argument against a proponent of serious issues of public concern for the voting, and taxpaying public. His tone and tenor were something we should be concerned about for a man of his position of power and influence.

During the Measures Forum, Mr. Starr was asked a question, and Mr. Nguyen rudely intercepted the question, “Saying I will answer that.” He then said, “Mr. Starr just doesn’t care.” These childish, and sophomoric outbursts, and statements are reason for us all to be concerned.

At the Oct. 6th meeting, he went on a political attack of Mr. Starr’s character and honor, impugning his motives, and intentions in an error in reporting of comparisons of safety budgets for Oxnard, and some neighboring cities. Mr. Starr may have gotten some facts wrong on that one, but such personal attacks of character, and motives by a City Manager, delving deeply into the political realm are shocking, and unheard of for a CEO of a major City. The City Manager position is not an elected position, but rather an appointed one.

In another online forum, Mr. Nguyen was asked on Measure E, why not ask for 5%, why just 1.5%. He rather cavalierly said he could, 2% would be fine with him. Knowing the undue burden this tax increase places on poorer families, especially in the time of COVID, showed his deep concern for decisions that will have profound, and lasting consequences, as those families struggle to put food on the table, and pay their rent.

At the October 6 meeting, reference was made about the CA Controller’s post on our City’s filing of employee compensation. Their office posted that Oxnard was “Fail to File” status. It was suggested that Mr. Starr also got this wrong, and had some political motive to state something falsely. Another attempt to denigrate a man’s reputation, all for political gain. I call that “dirty politics at its worst”. The City inquired with the State, and it was corrected to not fail to file, but non compliant. It was their error, not Mr. Starr’s, as they venomously accused.

One of the Council members,again, made an insulting statement, that Mr. Starr does not know the difference between the number 4 and 5. This was in reference to a recall measure initiated by Mr. Starr against four City Council members, and not five members, as though Mr. Starr could not count to five. It was during the proposed rate hike for wastewater treatment. Council member MacDonald voted against the rate increase at the first reading of the ordinance, so the paperwork for the recall for the four who voted for it. After the paperwork was filed, MacDonald voted for it at the second reading. It was too late to start the process all over. I hope this answers Mr. Perello’s question about math.

I have some questions about the the $4.4 million “simple math error” in calculating the cost of pay raises, in the form of healthcare premiums, the current 3 safety Memorandums of Understanding.

At last night’s meeting it was brought up by the City Manager about a complaint filed by Phil Molina about campaign violations for Measure E. Mr. Ngyuen stated the filing was for Measure L, which was incorrect ,and again, went on a personal attack of Mr. Molina. Filing a complaint is part of our system of government that allows a citizen to have a voice when they believe some wrong has been committed. Exercising the right to file a claim is sanctified. Facts that have come into question have been posted by myself, Mr. Starr, and others, to inform the public. But, I shall not lower myself to this type of attack politics. I do not question folks motives, or integrity, but rather ask questions, and seek the truth. Sometimes, I too, get it wrong. We are human after all. I am sure some of the facts our City leaders have gotten wrong are not intentional distortions, or outright lies, but just that, a mistake. Correct the record, and move on.

I am deeply saddened by what I have been seeing in making issues of public concern so personal, with such character attacks. It is fair both ways to ask, is that correct? Did you get something wrong here? I found these facts, and they don’t seem to line up with yours. This mudslinging politics makes me sick to my stomach. I hope the voting public can see through these tactics, and do some fact-checking, if they have a question. But besmirching a man’s integrity, honor, and character all for a political advantage is not what our Founding Fathers envisioned as the American political process, I am sure. Be well.

(Editor’s note: Those named here already expressed their opinions at the meeting, but they are always welcome to comment here).

As long as the Oxnard City Manager is shielded from the consequences of what he’s been doing, expect more of it.

Thank you, Mr. Partello, for taking the time to document the city manager’s coarse behavior. Someone needs to remind him that he is not an elected official, merely a public servant and that he should be respectful of those who employ him. Maybe if he was a more effective manager, he would doing a better job of providing services to the city. Unfortunately, unless we improve the quality of the City Council, we will be stuck with him for another three years.

I am a 37 year resident !
6 year Veteran and retired after 31 years with Glendale Fire
The residents of Oxnard should not be paying the cost of public safety members !
This is criminal !
The city manager is a crook and slams anyone who disagrees with him !
In my opinion he ought to be in jail !
The measure O ripped off residents and the new measure E is worse !
Oxnard Police and Fire needs to be absorbed by the county !
Why duplicate admin spots when you can have more public safety on the streets

Really? The residents of Glendale — where you worked for more than 30 years — are paying your PERS pension of more than $110,000 a year. (See https://transparentcalifornia.com/pensions/search/?q=launius.)

Is it criminal that you have been receiving a substantial public pension for your public safety work since you retired in 2012? Of course not. You worked hard and a pension was part of your compensation. In the same way, Oxnard made commitments to its employees to pay pension for their work for the City.

Mr. Starr was not mistaken!

You can review the City’s submittals to the State Controller and TransparentCalifornia at: https://www.oxnard.org/employee-pay-benefits-reports/. This provides all of the City compensation information for 2019.