The Oxnard Police Department’s Homeless Liaison Unit has recently partnered with Ventura County Behavioral Health and embarked on a pilot program called “Project Leave Behind.” The newly implemented program is the first of its kind in Ventura County. As part of this program, the Oxnard Police Department’s Homeless Liaison Officers began distributing Overdose Rescue Kits to the city’s unsheltered / homeless population in December 2021. The kits were created to combat and reduce fatal opioid overdoses in the City of Oxnard.

The Overdose Rescue Kits contain three doses of Naloxone (Narcan), a CPR shield, & educational and additional information for county-wide drug addiction treatment and recovery. Naloxone is a medication used for the treatment of a known or suspected opioid overdose, and can rapidly reverse its effects.  Naloxone was used by Oxnard Police officers over sixty (60) times in 2021.  The literature in each kit is printed in both English and Spanish. In addition, there is a QR code in each kit to access the same information via any smartphone or tablet.

Nationally, drug overdose deaths increased 28% in 2021 with a total of over 100,000 deaths. In 2020, there were 78,000 drug overdose deaths nationally; the drug fentanyl is responsible for the dramatic increase in OD fatalities. Ventura County has also suffered a similar increase in overdose rates due to fentanyl use. The Oxnard Police Department responded to a total of 283 total overdose calls for service in 2021 (nearly a 40% increase since 2019); 35 of the overdose calls for service were fatalities.

The Oxnard Police Department’s Homeless Liaison Unit distributed 50 Overdose Rescue Kits to unsheltered / homeless individuals during the first month of “Project Leave Behind.” The goal of the program is to save lives, reduce overdose rates, and provide resources to the population that is most vulnerable. After evaluating the pilot program, OD Rescue Kits will be issued to Oxnard PD Neighborhood Policing Teams and Patrol Officers. OD Rescue Kits will be distributed at overdose calls for service, contacts with opioid/narcotic dependent users or family members/significant others of addicts who are likely to encounter a loved one suffering from an opioid overdose. 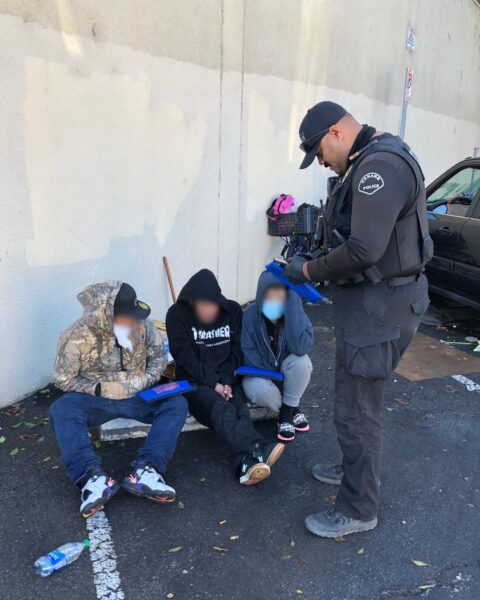