The City of Oxnard had been skimming as much as $7 million per year from the City’s three utility enterprises (water, wastewater and solid waste) … and diverting the money to the general fund for what they call an Infrastructure Use Fee (IUF). 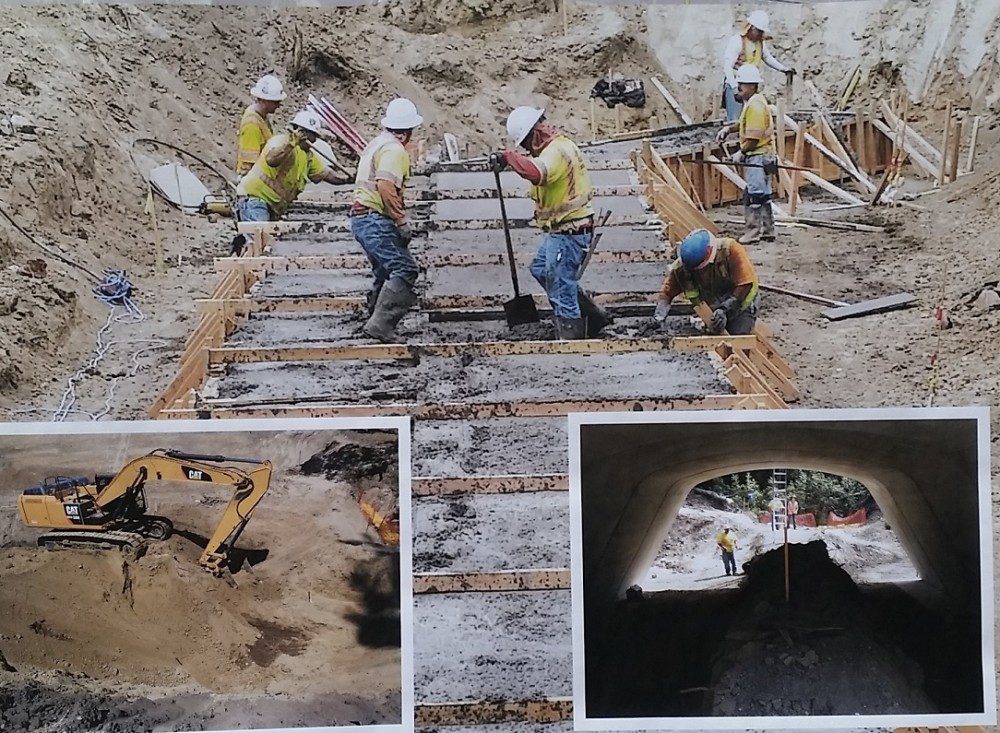 Our contention has been that the IUF is an unlawful transfer scheme – really, a backdoor tax! – that violates the California Constitution, particularly Proposition 218.

Back in 2016 we notified Oxnard City Hall of our concerns, but they were dismissed.

We did not want to go to engage lawyers to fight about this. We make it a practice to give the City of Oxnard an opportunity to do the right thing on their own first.

We then told City Hall in early 2017 that if they ceased their illegal practice of siphoning money from the utilities to the general fund, we would not insist that previous unlawful transfers be returned – which amounted to only $22 million at that time.

Unfortunately, Oxnard City Hall would not talk to us! Instead, they wrote a memo falsely asserting their IUF to be legal … even when the Howard Jarvis Taxpayers Association – the authors of Proposition 218 – stated that it clearly was not.

City Hall did not care they were breaking the law … and they continued siphoning more money, so our only option was to seek redress through the courts.

We filed a lawsuit in March of 2017. It required over three years for our lawyer to collect evidence and depose witnesses.

A hearing was held on October 1 of this year in front of Ventura County Superior Court Judge Matthew Guasco.

Today, Judge Guasco issued his tentative decision in our favor, ordering the City of Oxnard to IMMEDIATELY repay all of the money siphoned since March 2014 – now over $34 million! – back to the City’s three utility enterprises.

The amount would have been more, if not for the three-year statute of limitations.

In his written ruling, Guasco made reference to the study commissioned by the City that purported to justify the IUF … and concluded that even if the study had been admissible as evidence:

That pretty much says it all!

Today, we happily celebrate our victory on behalf of Oxnard’s utility ratepayers, but remain sad that this whole ordeal was even necessary.

The City was illegally confiscating these funds – and then raising our utility rates to make up for the so-called shortfall.

This means that the City’s utility rates are inherently excessive, since they include the IUF in their cost structure, and thus the Proposition 218 violations continue.

The City may want to talk to us about that.

These guys have been in office why to long. Ok

Joe….Yes! Their fans will also cover for them to new residents and go on to write how wonderful they are. Their fans are part of the problem too! It’s more of a popularity contest than electing those qualified. This town is run by White Collar Criminals.

Those are strong words and — per a friend of mine who is an attorney — could be deemed “libelous per se”. I hope you have evidence to back up your claims.

So when is the city council going to explain what is going on? I know their fans say “this was created by the previous council members”. Did the current members know of this and think it was Ok to do?

So typical, calif DEMOCRAPS , killing our state with all their tricks for 60 years …. DUMP THEM ALL

Dem/ Republicans. THEY ARE ALL CROOKS

I applaud Aaron Starr and the Coalition for Moving Oxnard Forward! Lies, corruption, and greed by those who were elected. Keep up with watching and making elected officials accountable for their actions and decisions.

Yes, one city council is an attorney too, maybe a disbar is in order!! We all knew they were skimming but it would have been nice to have info prior to elections.
Now we must deal with more corruption at county level. Watch your 2nd Amendment Rights and more deals given to husbands/friends from this new Supervisor. Those (lead on Nd) who campaigned for her on local social media with their smear campaign showed no solid platform on their part. City Attorney should be fired!

It appears that Starr won this particular lawsuit at the trial court level.

In light of this illegal act of siphoning utility fund monies into the General Fund, bringing up the appeals judgement on Measure M seems like a weak response to ongoing wrongdoing by our City leaders. They made the argument for a ridiculous wastewater rate increase, for “the health and safety” of its citizens, all the while sneaking money out the back door to fill the gap in General Fund spending. Then, fearing Measure E not passing, approved the borrowing of $30 million from the three utility funds if necessary to fill the General Fund shortfall. Wonder how the appeals jurors feels now about the “decency” of the illegal acts of Oxnard leaders? There will always be those that attempt to defend the indefensible with distractions, and deflections.

Santa Paula? What does your exorbitant Water/Sewer/Trash bounty fund? Certainly not infrastructure!
Your potholes on Harvard are criminal.

Sheryl Hamlin
Reply to  Not Given

In 2017, former City Manager doubled the transfers from the Enterprise Funds (sewer and water) to the General Fund for “services rendered”. This had traditionally been about $1 million a year, but he raised it to over $2 million. This amount has never been audited….

Well, well well. How about them apples. My question is what kind of people on the Oxnard City Council with its availability to all their lawyers made this outlandish decision to rip off the tax payers. What else are they doing? I would also like to know if the cities attorney is going to be fired or given a raise. This stinks to high heaven and is indicative of a criminal cancer in the leadership of this city.