The jury is still out on which of two things — COVID-19 or the panic over COVID-19 — will cost more lives and do more damage to the global economy. My money’s still on the latter. In the meantime, I’ve developed a surefire, Groundhog Day type test for whether the emergency is over:

Watch for Nobel laureate economist and <em>New York Times</em> columnist Paul Krugman to start trying to convince us it was, all in all, actually a GOOD thing.

Krugman on 9/11: “[T]he direct economic impact of the attacks will probably not be that bad. And there will, potentially, be two favorable effects.” 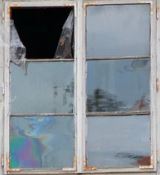 Krugman on Fukushima:”[T]he nuclear catastrophe could end up being expansionary, if not for Japan then at least for the world as a whole.”

Krugman would even have us believe that Pearl Harbor ended the Great Depression (which actually ended more than half a decade later). “If we suddenly had a threat of war and a military build up,” he once asserted on ABC News’s  Roundtable,  “you’d be amazed how fast the economy would recover.”

Krugman is the 21st century’s foremost evangelist of the Broken Window Fallacy.

In Frederic Bastiat’s “parable of the broken window,” a shopkeeper’s son carelessly breaks a window pane.

A witty onlooker — Paul Krugman’s ideological ancestor — considers this a good thing because it creates business for the glazier who replaces broken windows.

As Bastiat points out, though, while the cost of replacing the  pane is seen, other things aren’t:  That was money the shopkeeper could have spent on a new pair of shoes, or on a book he wanted to read.

Instead of buying something that improves his life, the shopkeeper has to spend that money just getting back to his previous condition.

To cover costs like replacing the window, he probably raises prices, meaning his customers have to spend more on his products, leaving them less to spend on other things they might like.

Even the glazier’s customers get screwed. Broken windows increase demand, which means higher prices. The man building a new house has to pay more, and wait longer, for new windows.

The matter is a loss, not a gain, for everyone except the glazier.

Can we expect to see some long-term beneficial consequences from COVID-19 and its associated hysteria? Yes.

Those two trends were already noticeable, but fear of contagion is boosting them tremendously. When the fear subsides, the benefits will be remembered. Not as many people will be returning to offices and campuses as left them. That means lighter traffic, lower energy consumption, and more spare time for many workers and students.

Those are good things, but we could have had them any time we wanted them, with or without COVID-19 and the associated mass hysteria. Contra Krugman, any “bright side” to catastrophe costs more than it’s worth.