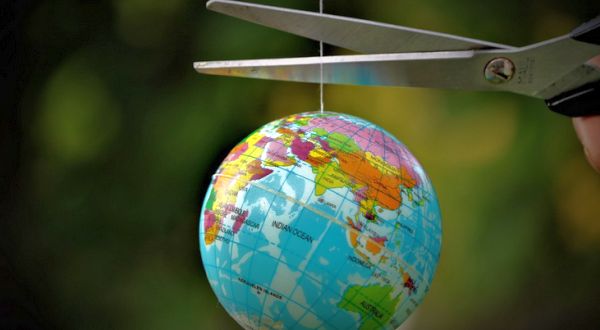 House Speaker Nancy Pelosi, an octogenarian who has been known to flub her words at times, although not at the same rate Joe Biden, the nation’s gaffe-master, has been able to reach, is demanding “gender equity” in anti-global warming action.

And as a column at RedVoiceMedia openly wondered, “What in the world does ‘gender equity’ have to do with the climate?”

Pelosi’s unusual demand came in a statement she issued as she appeared at the United Nations Climate Change Conference in Glasgow, an event that drew the wealthy traveling in their hundreds of private jets and staying in gas-guzzling cruise ships anchored nearby.

The report explained Pelosi, a longtime California Democrat who during her earlier stint as House speaker spent tens of thousands of taxpayer dollars on liquor and other treats for the government-provided flights on which she commuted to California, said, “Our delegation proudly and clearly stated its commitment to making gender equity a central component of climate action. A key focus of our meetings was the centrality of women to the climate crisis–a crisis, which is a threat multiplier that amplifies existing inequities, particularly for women.”

She also said, “Throughout this monumental conference, our delegation shared with the world our progress in advancing our legislation to Build Back Better, which, with the Bipartisan Infrastructure Framework, represents an historic $1 trillion investment in realigning our economy to be Greener and Cleaner. In meetings including with international leaders, NGOs and other global partners, we discussed the importance of outside mobilization and partnerships with the private sector and non-profits to develop climate solutions that are scalable and long-lasting.”

Another blog, designed for Trump supporters, commented, “As Democrats continue to push that Climate Change is the worst thing ever. While ignoring China and their hyperspace nuclear missiles. Nancy Pelosi wants to make sure you know that Climate Change affects women the MOST.”

The United Nations, in fact, has claimed women are more vulnerable to climate change because of social, economic and cultural factors.

“Seventy percent of the 1.3 billion people living in conditions of poverty are women,” the U.N. said in a report. “Women represent a high percentage of poor communities that are highly dependent on local natural resources for their livelihood, particularly in rural areas where they shoulder the major responsibility for household water supply and energy for cooking and heating, as well as for food security.”