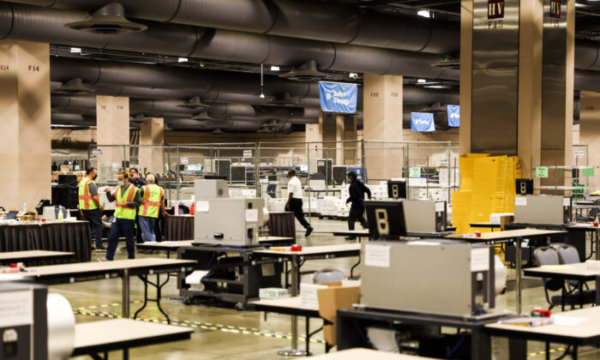 (The Center Square) – A Pennsylvania Commonwealth Court has denied a request by legislative Democrats and Attorney General Josh Shapiro to block the release of voters’ information to the Senate Intergovernmental Operations Committee investigating the 2020 general election and 2021 primary.

The Senate committee subpoenaed the Pennsylvania Department of State in September for the personal information of about 9 million Pennsylvania voters as part of a review of the 2020 general and 2021 primary elections, led by Iowa-based firm Envoy Sage.

The Department of State, which oversees elections, partially complied with the subpoena but refused to provide voters’ driver’s license numbers and partial Social Security numbers the Senate committee contends is necessary to confirm voters’ identities.

In oral arguments last month, attorneys for Senate Republicans pointed to the Department of State sharing the same information with the League of Women Voters in 2012 and past auditor general reviews. Challengers argued the move could put voters’ information at risk of fraud or identity theft.

Shapiro and legislative Democrats also argued Envoy Sage has not outlined sufficient security measures to protect the information and cited the company’s lack of election auditing experience. In addition, Democrats argued the state is bound by federal law to protect “critical infrastructure information” on the state’s election systems.

A panel of five judges ruled Monday the Department of State did not provide “a clear legal right to quash the subpoena on the theory that it furthers no legitimate legislative purpose.”

The judges also found, however, “there is a substantial factual question surrounding the federal protection requirements and the capability of the Senate Committee’s contracted vendor, Envoy Sage, LLC, to protect the infrastructure information.”

The court ultimately denied both a motion to squash the subpoena and a motion for summary relief to release the information.

“Today’s ruling upholds the General Assembly’s clear legal and constitutional authority to provide oversight of our election system,” Corman said. “… The Senate Intergovernmental Operations Committee is conducting this review in a way that is transparent, fair and legally sound, and I am thankful this ruling completely validates our thoughtful approach to this deeply contentious issue.

“We have always intended to take every step necessary to protect the personal information of voters. Our resolve to protect this data has never wavered, and we look forward to proving beyond a shadow of a doubt that we can safeguard this information effectively.”

Shapiro, meanwhile, is touting the court’s reluctance to immediately release the voter information, and vowed to continue to fight against its release.

“In today’s decision, the court recognized that there are serious questions concerning the ability of the Senate Republicans’ third-party vendor, Envoy Sage, to safeguard the private personal information of nine million Pennsylvania voters,” Shapiro wrote on Twitter.

“The court also rejected Senate Republicans’ attempt to get immediate access to this private personal information,” he wrote. “As a result, my office’s fight to defend against the attempts by Republicans in Harrisburg to seize this private data – and to protect every Pennsylvanian’s constructional right to privacy – will continue.”