As a statement for more easing of the draconian restrictions from County officials, over 150 cars were gathered at the government center.  They were festooned with banners, displays of American flags waving from windows, the participants drove down Telephone Road then turned onto Victoria Ave.  They then turned around, scattering as they continued drive different routes around the government center.  They were met with honks from other drivers, thumbs up, and nods.  A few stood out in the open in front of the Center, maintaining social distance.

*This report was complied by staff. A more detailed report to follow. 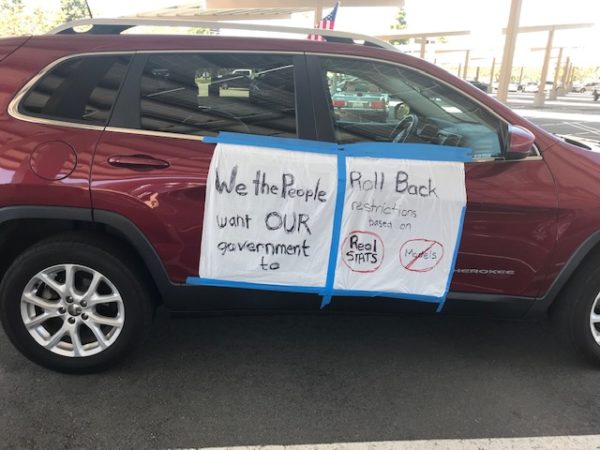 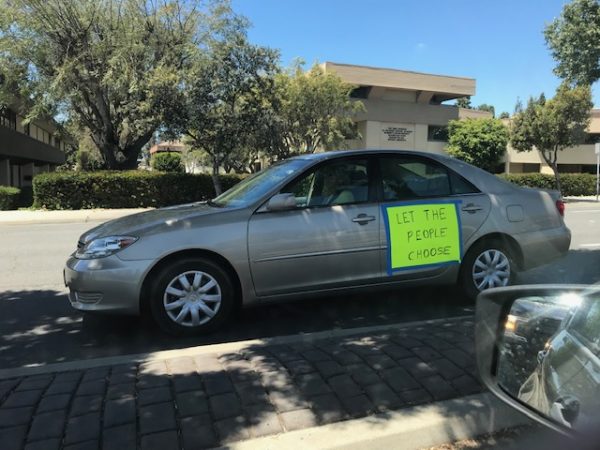 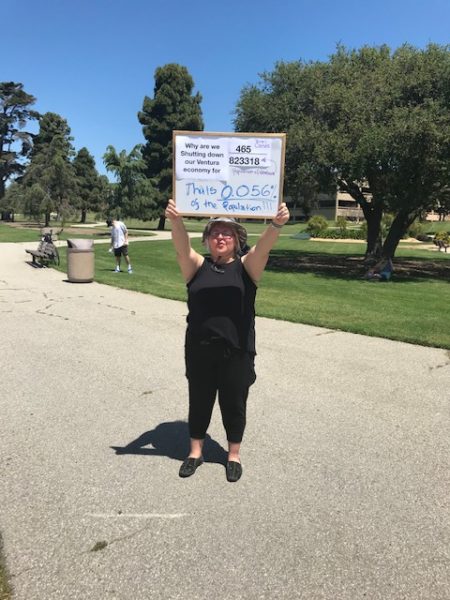 I have been home for 5 weeks wo being able to hug my grandkids. I would like to get back to my life too, but doing it too early will make us have to stay home even longer. It is not fair to those of us who can’t take the risk to be out there. Just stay home and we can all be free sooner. We SHOULD all be in this together!

THIS IS ENTIRE EVENT IS A HOAX, HOW MUCH MORE EVIDENCE DO THE DUMB SHEEP NEED WHEN FAUCI HAS DOWNGRADED THE SEVERITY OF THIS “NOVEL” (JOKE) VIRUS ON HIS PEER REVIEWED PAPER BUT SAYS THE COMPLETE OPPOSITE WHEN SPEAKING ON THE PODIUM. THAT CORRUPT EX CIA OFFICER POMPEO HAS STATED THAT THIS IS A “LIVE EXERCISE” (LARP – AKA HOAX). THE FAKE NEWS MEDIA HAS SHOWN IMAGES OF ONE HOSPITAL SCENE SUPPOSEDLY IN ITALY AND THEN SHOWS THE EXACT SAME IMAGE OF THE EXACT SAME HOSPITAL SCENE AND PRESENTING AS BEING IN NEW YORK (CAUGHT RED HANDED).

These people would be singing a different tune/sign had they been forced to remain working as people die all around them ‼️
As a communist or dictator country would force you to do.. we have not lost our freedom folks, they are suggesting we stay home so not to spread the virus ..
It’s not just Ventura County that’s on hold it’s the whole WORLD.

Hbcook would think the militias at Lexington and Concord were crazy. We are self governing people who resist a government who thinks otherwise.

These people are crazy!!