Robert Peel is the acknowledged father of modern policing. His philosophy of policing was revolutionary, rooted in a bottom-up rather than top-down mindset. Service, goodwill, and cooperation rather than fear and coercion were the key. Peel saw police as an extension of the community rather than a ruling appendage. This idea was an extension of another, even more revolutionary concept, that the legitimacy of government is derived from the consent of the governed. 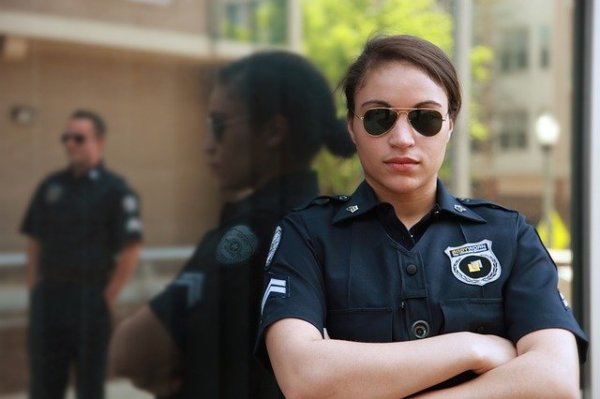 According to Peel, police who do not command the support of the majority of honest citizens cannot succeed without resort to tyranny and once over that line you are on the road to perdition. When Premier Ford tried to introduce rules allowing for the interception and interrogation of citizens without cause, it was regional and municipal police forces who said no. Why? Because they belong to the communities that they police. They are part of the community.

We have never had more need of Peel and his ideas than today.

Laws and norms of behavior are in tumult. Such pillars of society are not normally or easily pushed aside in a democracy. Nor should they be. It takes an extraordinary set of events to overturn essential and established norms. But that is exactly what has happened in Canada and much of the western world amid Covid madness. With the arrival of a scary virus that no one understood, we allowed many of our freedoms to be curbed and even suppressed.

Canadians, who have always had a higher deference to authority than our southern neighbors, were quick to fall in line for the common good. Not only were people generally willing to follow the rules but police found themselves in the role enforcing mandates with a generally compliant populace.

But as two weeks to flatten the curve became two years of on and off lockdowns, public patience has worn thin. And small wonder. Rules changed weekly as an army of well-meaning but tiresome local experts pronounced loudly that they were in possession of the very latest announcements from Delphi. “Listen, this is new. Today it’s now three people in a room not four, wrong again it’s four people and a dog or was that a cat?” It all grew irritating.

As we approach 2022 people have been isolated from one another for two years. Community pot-luck suppers and charitable events, a bedrock of small communities, have been cancelled indefinitely. Community Halls cannot rase money and are closing. For two years you could not attend weddings, funerals, or even visit sick relatives. Children were shut out of school, resulting in lasting injury to academic performance and lower IQ scores. Mask mandates were followed by vaccine mandates and then government-issued vaccine passports. Suddenly travelling between provinces is like crossing between east and west Berlin at Checkpoint Charlie.

At the same time politicians and public health officials have found themselves in possession of power previously undreamed of. They can open and close society, select who is and is not an essential worker. They determine who can and cannot earn a living. Note those working for government at any level are always and forever declared essential. Small business meanwhile can take the hindmost. Along the way our middle class has been sideswiped and small business crushed. Children deprived have been deprived of in class education and liberties, previously taken for granted, brushed aside.

Petty tyrants at every level of governments can pronounce rules and regulations safely back from the firing line, leaving it to police to enforce mandates. And remember, mandates are not laws. Nor have these mandates been tested in court under the Charter. These tests are coming.

Canada fortunately has not witnessed the Covid police excesses we have seen in Australia and Germany but this crisis has certainly brought Canadian police to a place they never thought to be, especially given Peel’s dictums.

During WWII both Canada and the US imprisoned Japanese citizens for reasons of national security. In the panic following Japan’s rapid advance across Asia, this was viewed by many as necessary. It was assumed the government must have reasonable cause for these harsh measures. Today, we know there was no cause for this hysteria. It was a wild, shameful overreaction. Times change. What was considered necessary during WWII is now viewed as a dark chapter in our history.  No one associated with it can hold their head high.

Studies have proven lockdowns did more harm than good

Might we someday feel different about those who arrested pastors for preaching or pushed down children in parks or arrested mothers in front of young children for not wearing masks? Perspectives change with time. How might society view today’s events in the future? And what if some of these actions are found to be unconstitutional? How much protection will Sovereign Immunity extend to those suddenly out of favor and beyond the law?

Consider this possible scenario in 2023:  Studies have proven lockdowns did more harm than good. School closings were unnecessary. The vaccines are leaky and their efficacy wears off after 6-9 months. Worse, the damage caused by the vaccines turns out to be more serious than anticipated. Face masks, especially for children, are proven ineffective. The PCR Covid test turns out to be less than reliable and Dr. Fauci is charged with lying to Congress. Ivermectin, hydroxychloroquine, and other inexpensive therapeutics are proven to be effective. Finally natural immunity is proven to be as effective, or even more than, vaccine-induced immunity.

If even half of the above happens there will be a terrible reckoning. The public will feel betrayed and angry. How will society react to those who championed flawed polices and enforced them with an iron fist? Who will take the blame?  It won’t be Premiers, Ministers, MPs, or senior public health officials. They will all retire with generous pensions. The blame will flow downhill as it always does.

Matthew Sheehy — Bio and Archives  Captain Matt Sheehy is a retired airline pilot with 37 years experience and has over 20,000 hours in his logbook. He also has extensive experience and expertise in the field of aviation security. Matt is former OPP Auxiliary Constable and continues to lend his security expertise to the aviation and transportation industry.