POLICE REFORM IN OXNARD BEGIN WITH A RESIDENTS POLICE REVIEW BOARD (KNOW YOUR OXNARD POLICE DEPARTMENT HISTORY, IT CAN BE DEADLY, AND TRAGICALLY MOST OF THE VIOLENCE AND KILLING DISCRIBED BELOW COULD HAVE BEEN AVOIDED)    (Part 1)

The United States of American has two Holy Grails currently under fierce and historical scrutiny; Money (Capitalism& Materialism) and the Police (the agents of the state that safeguard the money and material for the elite). So it come as no surprise to any of us that have been working for a community police review board that would ostensibly control administrative management,  transparency and accountability of the Oxnard Police Department (OPD). Every police department in American has to have these community demands in place and operational before they can even begin to call themselves progressive and community based. Any department like the Oxnard Police Department that currently rejected the idea of a community review board is just sending out the foxes to the proverbial henhouse. The OPD can never be the vigilant and objective community “watchdog”, that notion is quite simply illogical, dangerous, selective basis and often violent and deadly! Let me provide you some examples of the out of control “fox’ like behavior of the OPD in the past 25 year.

The Garfield Street, Oxnard, Officer-Involved Shootings of Alfonso Limon, Jr., Jose Zepeda, and Justin Villa (Rafael Hernandez the driver of auto arrested at scene) occurred on October, 2012. Cops attempted a traffic stop led to a vehicle pursuit and, ultimately, a multiple officer-involved shooting by the Oxnard Police Department (“OPD”). One suspect, Jose Zepeda was killed, and a second, Justin Villa was wounded before being taken into custody. A third man, Alfonso Limon, completely innocent and uninvolved in the earlier activity, was also fatally shot by OPD officers.

On October 13, 2012, at approximately 10:08 p.m., two officers from the Oxnard Police Department (OPD) attempted to pull over a car for failing to stop at a stop sign. The car’s driver was an individual later identified as Rafael Hernandez. There were also two passengers: one in the front seat later identified as Justin Villa, and one in the back later identified as Jose Zepeda. Their car seemed to yield, but then drove away as the two officers got out of their patrol car. This prompted the officers to get back in their car in order to follow; after a brief time, the vehicle driven by Mr. Hernandez again stopped. 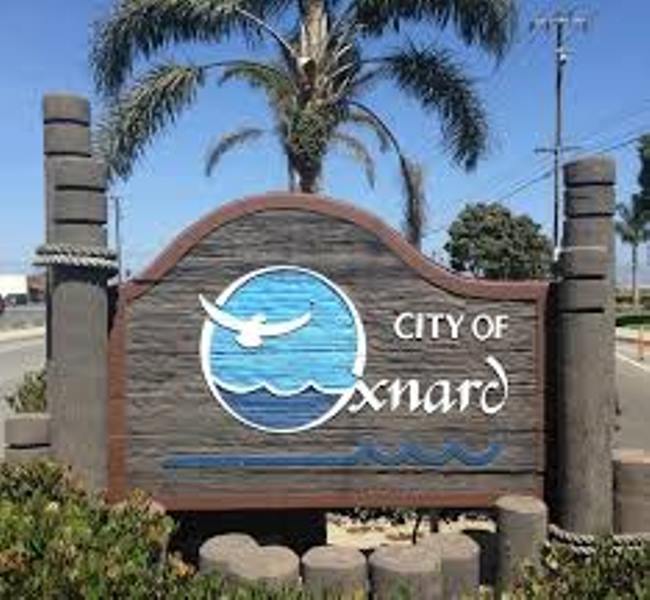 The two officers again exited their car, and an eleven minute standoff ensued as the three men largely ignored commands from the officers to place their hands up and get out of the suspect vehicle. Expedited back up was requested over the radio, and additional OPD officers and two sergeants responded to the location. Shortly before the car stop, OPD officers were informed via radio that nearby a citizen had reported to police that a man in a gray sweatshirt had been observed brandishing a gun and police officers were dispatched to that location. One of those officers ended up responding to and being involved in the officer-involved shooting.

Eventually, Mr. Hernandez started his car and sped away, followed by numerous OPD officers in multiple patrol vehicles. Mr. Hernandez then abruptly stopped the car on Garfield Street, at which point passengers Villa and Zepeda both got out and began to run. As Mr. Zepeda ran away, he fired one round at pursuing OPD officers. OPD officers returned fire, striking Mr. Villa and possibly striking Mr. Zepeda. As additional OPD officers arrived on scene, Mr. Zepeda continued to engage with officers by firing three more rounds. Nine OPD officers responded to the location and used deadly force. This resulted in the death of Mr. Zepeda, as well as that of Alfonso Limon who was mistakenly identified by officers as one of the suspects.

Mr. Limon had simply been walking on Garfield Street with his brother when Zepeda ran by him and police officers advanced, with some of them eventually training and firing their weapons at him. Mr. Villa was later discovered in a nearby shed and a law enforcement K-9 was used to take him into custody. Mr. Villa’s injuries included a gunshot wound to the knee as well as K-9 bites, and he was transported to the hospital. 4 The driver, Mr. Hernandez, had remained in the suspect car and was taken into custody without further incident. The autopsies found that Mr. Limon suffered 22 gunshot wounds from 15-21 gunshots, while Mr. Zepeda suffered seven wounds from 5-6 gunshots.2 The investigation found that a total of nine OPD officers had collectively fired between 69-70 rounds, 3 with some officers firing pistols, others rifles, one a shotgun, and one firing both a rifle and a pistol. The breakdown for rounds fired by officer is as follows: Officer 1: 19 rounds Officer 2: 18 rounds Officer 3: 11 rounds (two pistol, nine rifle) Officer 4: 6-7 rounds (rifle) Officer 5: 6 rounds Officer 6: 4 rounds Officer 7: 2 rounds Officer 8: 2 rounds (shotgun) Officer 9: 1 round. (Source OIR Group, February, 2017)

The cold truth is that last year the Ventura County Superior Court gave the OPD the green light to proceed with the execution of the new and revised OCGI. Today the “new, shiny, and revised” OCGI documents and court orders collect dust in the OPD offices and the offices of the DA. Today, Tuesday, June 16, 2020, the OPD has served no one in Colonia or Southside!!!! So much for the urgency to get the Superior Court to approve the OCGI modification to clear the street of the gang lawlessness and violence.  What the highly racist and unconstutional OCGI has done since 2003 is arbitrarily profile hundreds of “innocent” Chicano and Latino men (who have committed NO crime) and enjoined these “innocent” men to LIFE LONG punitive and draconian law enforcement surveillance and supervision simple and insidiously because the OPD know it can, and no one, not even the constitution can stop them. That is why the City of Oxnard Resident Police Review Board is now need more than ever. Oxnard let us seize the historic moment and abolish the two Oxnard Civil Gang Injunctions.

Did you notice how this self aggrandizing attempted writer fails to provide any facts from the Oxnard PD crime stats? How many contacts by police each year/ how many crimes by group how many negative contacts compared to the number of contacts etc. All he did was cherry pick negative incidents. Did you notice that he made no suggestions how he would improve the great service the community is already being provided. If you would really like to know how the police are doing ask the people they protect.
The police are not perfect but they are doing a better job at protecting you than this self appointed communist who caters to people that have a problem being arrested for committing crimes.