Police Violence: The Standards Are Topsy-Turvy

Responding to the conviction of Minneapolis police officer Derek Chauvin for the murder of George Floyd, Libertarian National Committee Chair Joe Bishop-Henchman gets it exactly right: “Those who are given authority over others ought to be held to an even higher standard than what is expected of the general public.”

That seems obvious, but when it comes to police officers, the American justice system routinely gets it backward.

I’m not just talking about “qualified immunity,” a pernicious judicial doctrine that sets a higher bar for holding government employees accountable for criminal acts. That’s part of it, but not even close to the whole story.

All too often, police officers accused of unjustified killings successfully but unreasonably cite fear for their own lives as a defense. Chauvin’s unsuccessful invocation of George Floyd’s “superhuman strength” is the exception, not the rule. 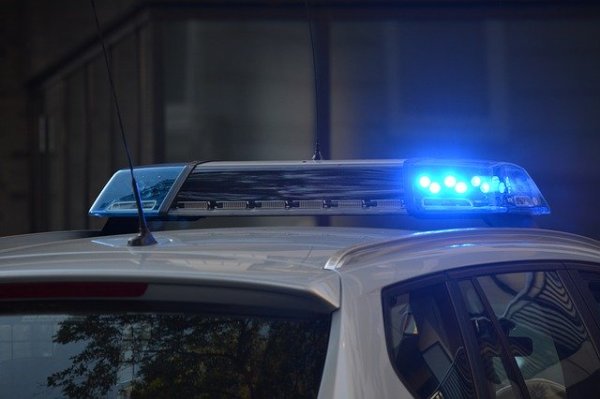 Mesa, Arizona police officer Philip Mitchell Braisford executed Daniel Shaver without charge or trial as Shaver crawled — unarmed, following Braisford’s orders, and begging for his life — on a hotel hallway floor.  Braisford was acquitted after claiming he thought Shaver was reaching for a gun — then allowed to rejoin the police force for just long enough to retire, at the age of 28, with a guaranteed pension of $31,000 per year for life.

St. Anthony, Minnesota police officer Jeronimo Yanez executed motorist Philando Castile during a traffic stop, firing seven shots into a car which also held Castile’s girlfriend and her four-year-old daughter. Castile’s crime? Informing Yanez that he was licensed to carry a firearm and that there was one in the car. Yanez, like Shaver, was acquitted after claiming fear for his own life.

Of those, the Washington Post reports, 999 — 6%  — were police shootings, even though cops constitute only about 1/5th of 1% of the population.

To phrase it differently, a police officer was about 30 times as likely as the average American to commit a homicide in 2019. And a police officer on duty is almost certainly carrying a firearm.

Would civilians therefore be justified, based on reasonable fear for their own lives, in gunning down cops on sight, or at least under circumstances similar to the killings of Shaver and Castile?

I certainly don’t recommend it. Nor do I think it likely that a judge or jury would buy it as a defense.

But, unlike police officers, most civilians haven’t attended police academies, received extensive training in appropriate and acceptable uses of force, and been offered badges, government paychecks, and broad authorities over us mere civilians based on successfully completing that training.

In what universe, therefore, should cops be considered LESS responsible for their actions than the rest of us?

It makes sense to me that cops are more likely to commit a homicide than your average citizen. Afterall, as part of their job, they are in face to face, confrontational contact with bad people everyday on the job. Let’s face it, an average citizen does not face these dangers on a day-to-day basis, unless his luck runs out. Are combat Army infantrymen homicidal maniacs because their kill ratio is higher than the average U.S. citizen? I think not. Look at the situation that they are in. Here is an interesting statistic for Mr. Knapp to chew on. In 2019, there were 697,197 police officers, of which 48 were murdered in the line of duty. That means a police officer had a .006885% chance of being murdered in 2019. That same year, there were 16,426 homicides in a population of 328,239,523 million Americans. That means that the average American had a .005% chance of being murdered. In other words, a cop is 1.375 times more likely to be murdered than the average American. If you are risk adverse, consider a profession other than police work.

You tripping over your numbers. 49 policeman were killed by gun violence 200 and something from COVID.
https://www.odmp.org/search/year?year=2020

And you’re tripping over your own words, Sue.

There’s no such thing as ‘gun violence’.

A gun is an inanimate object. Without an operator, it is nothing. There can be violence involving a gun, but no ‘gun violence.’

Road rage is real. You don’t hear about ‘car violence’, do you?

The difference between those ten very dangerous professions and cops is that those other 10 professions aren’t nearly as likely to get away with killing unarmed, crawling prisoners because they claimed to be afraid for their lives.