Politicians Are Calling For A Ban On Silencers. Here’s What You Need To Know

Politicians are calling for a ban on silencers after a disgruntled Virginia Beach, Virginia, city employee used one while gunning down 12 co-workers.

It was reported that the gunman, DeWayne Craddock, 40, used two .45-caliber handguns equipped with “extended” magazines and one with a suppressor.

A silencer is any device fitted to the end of a gun that lowers its sound output, according to the Bureau of Alcohol, Tobacco, Firearms & Explosives (ATF).

Former Secretary of State Hillary Clinton sent a tweet Sunday about suppressors, linking to a Washington Post op-ed that compared the sound of suppressed gunfire to a chair scraping the floor.

.@JulietteKayyem makes a chilling point in her @washingtonpost op-ed today about the way shooters' use of barrel suppressors and other silencing equipment makes it harder for people to save themselves and others. The sound of gunfire can save lives. https://t.co/9xfYZ5sVZU

“When someone gets shot by a gun with a silencer, it’s quiet. Witnesses might not hear. Police will be less likely to track down the shooter,” said 2020 Democratic hopeful Kirsten Gillibrand, who mentioned silencers early in her candidacy, according to a March 14 tweet.

Gun-control is a prominent platform component of Democratic 2020 candidates, and may now likely include banning the accessory. Here are some takeaways as discussions about suppressors continue:

Suppressors do not make gunfire silent

Suppressors do not make gunfire silent, or even quiet, according to the Crime Prevention Research Center. The decibel (dB) level of a Glock 17 9mm, a gun similar to the one used in Virginia Beach, with a suppressor is still 126 dB, or between a thunderclap and a cheering stadium. Police responding to the Virginia Beach shooting reported the “sounds of gunfire” led them to the shooter, according to USA Today.

“Despite what you might believe from watching TV shows or movies or listening to gun control advocates, suppressors (commonly known as ‘silencers’) do not make guns ‘silent,’ not unless you consider an ambulance siren or a jackhammer are silent,” said John Lott, president of the Crime Prevention Research Center. 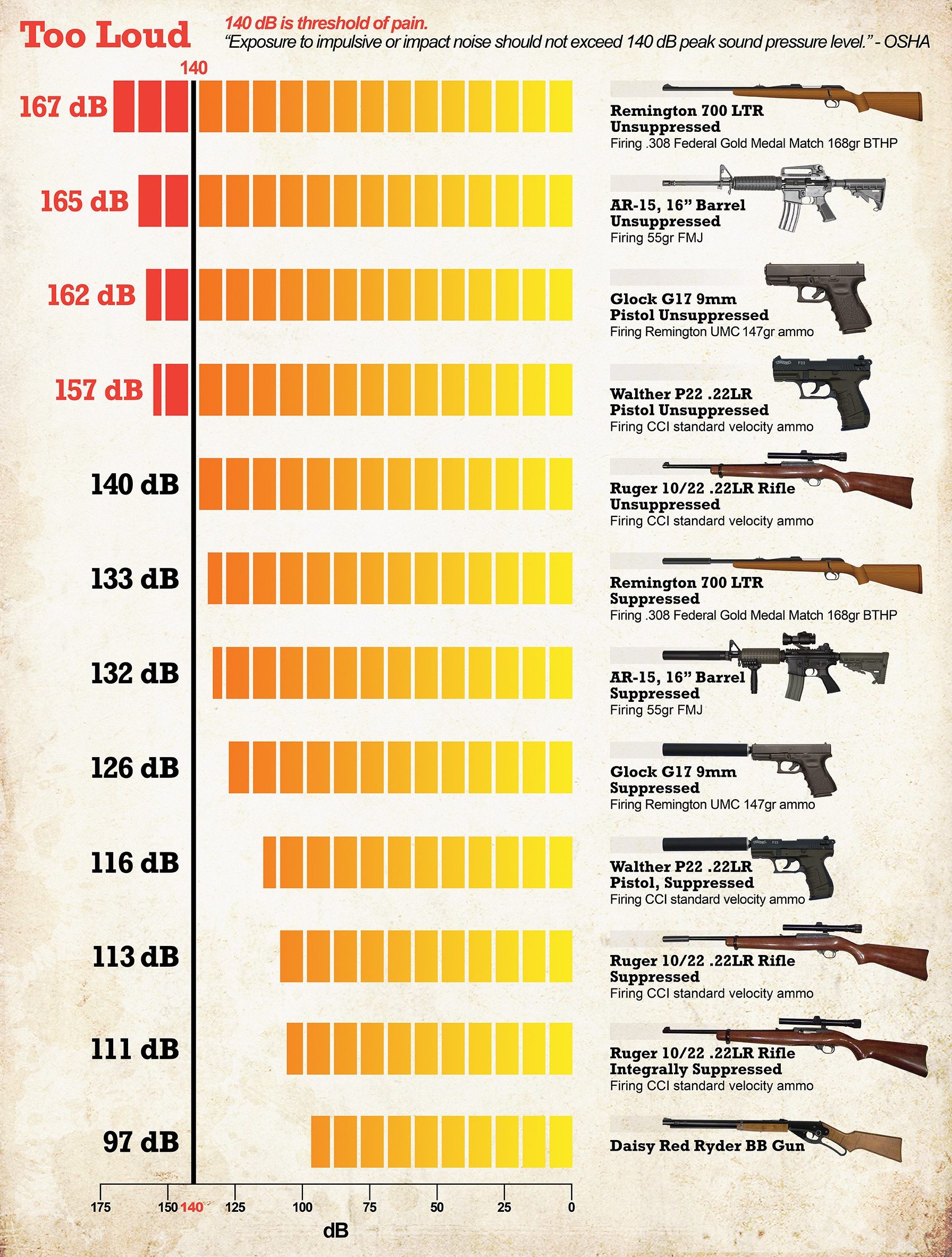 Here is a decibel level chart for sound level context: 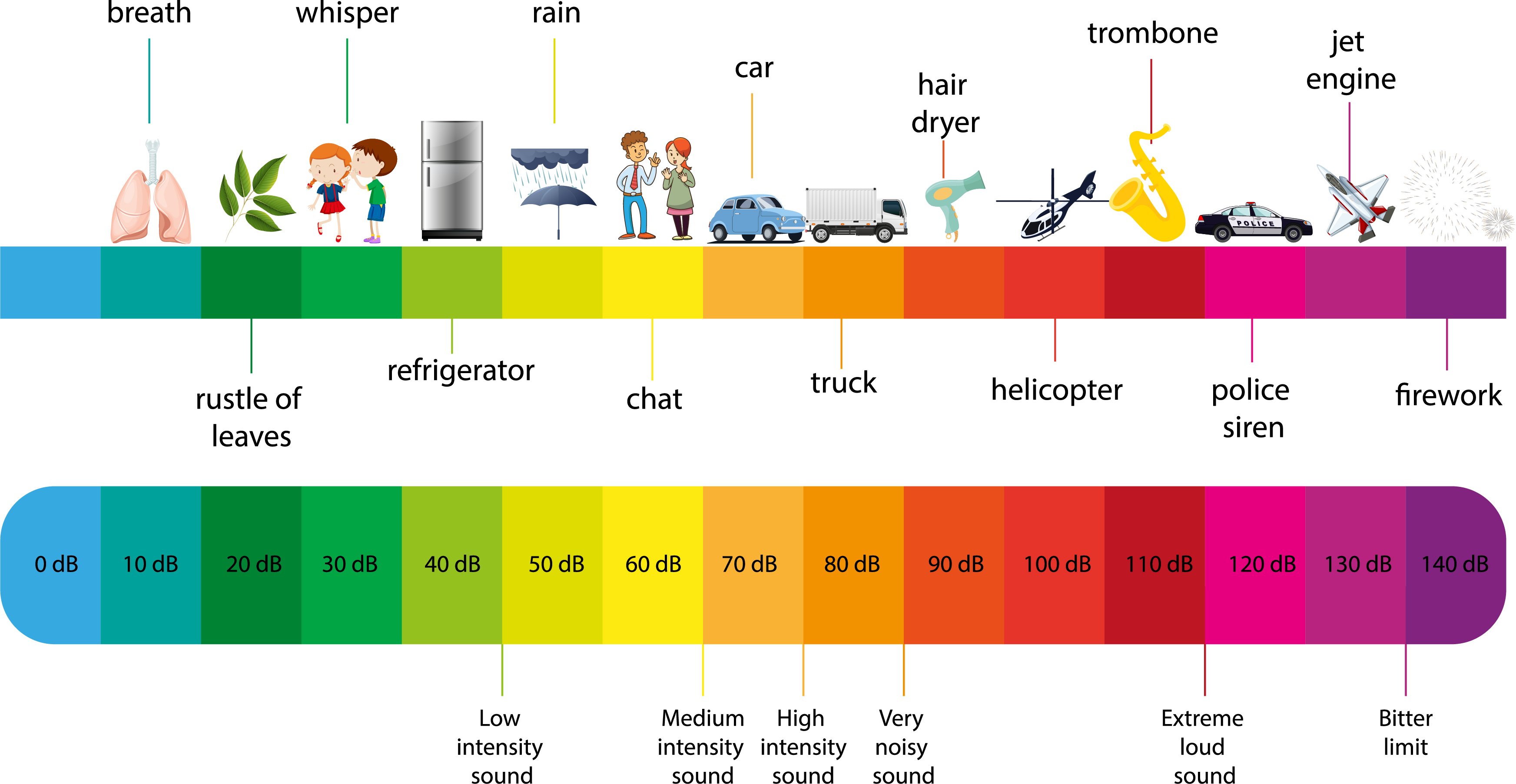 They are very difficult to obtain

Regulated under the National Firearms Act of 1934, obtaining one legally means being fingerprinted and photographed, going through an extensive background check, registering the part with the federal government and paying the government a $200 tax beyond the cost of the actual suppressor, which averages around $1,000. After the paperwork, waiting for approval could take eight months or longer.

“Silencers are a luxury item for gun owners. They’re very expensive and take a long time to approve. I’ve had customers who have waited up to two years,” said Brandon Maddox, owner of Dakota Silencer and a member of the National ATF Advisory Board for silencers.

They are not common

The ATF‘s 2017 statistics showed that there were 1.3 million total silencers registered in the United States, which is roughly double than the number of currently registered machine guns, another notoriously difficult weapon to obtain. And much less than the 9.3 million guns manufactured in the U.S. in 2015 alone.

They are rarely used to commit high-profile crimes

The ATF has recommended prosecutions for an average of 44 silencer-linked crimes per year, which amounts of .003% of registered silencers, according to the Washington Free Beacon. A memo obtained by the Beacon showed the ATF arguing for deregulation of silencers due to their rare use.

“Most of my customers use them for hunting,” said Maddox. “I haven’t had a suppressor involved in a crime, for some reason criminals don’t seem to use them.”

“Since suppressors are registered with the ATF, people obtaining them understand that all of their information will be on a federal registry. Their name, height, weight, physical address where the item is kept, etc. You can’t own a silencer ‘under the radar’ and I think that makes a difference for criminals.”

“In fact, I’m surprised politicians would want to ban them, given the wealth of information they get about the purchasers,” Maddox added.

It remains to be seen where suppressors will end up in the national gun control picture, as politicians publicly debate issues raised by the Virginia Beach shooting. (RELATED: Democrats Politicize Virginia Beach Shooting To Push Gun Control, Second Amendment Supporters Push Back)

President Trump’s move in Dec. 2018 to ban “bump stocks,” or accessories that make semi-automatic guns function like fully automatic weapons, angered some gun supporters. Reporters asked Trump about silencers Friday before he boarded Marine One for his trip to London, the Daily Beast reported.