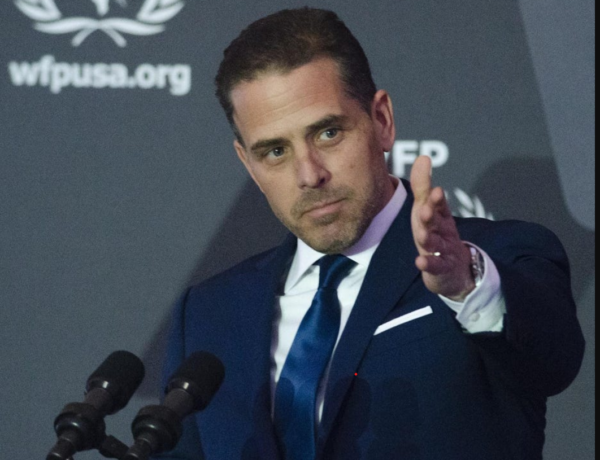 While we’re at it, Politico also owes Politico an apology.

The New York Post, in October of 2020, revealed the existence of a laptop reportedly belonging to Hunter Biden, the contents of which purport to show he regularly traded on his father’s name to enrich the Biden family. One email pulled from the laptop shows Hunter Biden introduced his father “to a top executive at a Ukrainian energy firm less than a year before the elder Biden pressured government officials in Ukraine into firing a prosecutor who was investigating the company.”

At the time of the report, Politico claimed the New York Post’s scoop was likely “Russian disinformation.” Politico’s reporting even drew on the collective weight of “dozens of former intel officials.”

“Ben Schreckinger’s ‘The Bidens: Inside the First Family’s Fifty-Year Rise to Power,’ out today, finds evidence that some of the purported HUNTER BIDEN laptop material is genuine,” Politico Playbook reports this week, “including two emails at the center of last October’s controversy.”

It adds, “A person who had independent access to Hunter Biden’s emails confirmed he did receive a 2015 email from a Ukrainian businessman thanking him for the chance to meet Joe Biden. The same goes for a 2017 email in which a proposed equity breakdown of a venture with Chinese energy executives includes the line, ‘10 held by H for the big guy?’ (This person recalled seeing both emails, but was not in a position to compare the leaked emails word-for-word to the originals.)”

The third paragraph to her “Russian disinfo” report stated, specifically: “While the [former intelligence officials] presented no new evidence, they said their national security experience had made them ‘deeply suspicious that the Russian government played a significant role in this case’ and cited several elements of the story that suggested the Kremlin’s hand at work.”

Then-Director of National Intelligence John Ratcliffe claimed that same month the laptop and its alleged contents, including potentially damning emails, are “not part of some Russian disinformation campaign.” The Justice Department and the FBI, which is in possession of the laptop, concurred with Ratcliffe’s assessment.

Fast-forward to this week, and now Politico reports:

While the leak contains genuine files, it remains possible that fake material has been slipped in.

BACKGROUND: A former Hunter Biden business partner, TONY BOBULINSKI, said last year the “10 Held by H” email was genuine and referred to plans for Hunter to hold equity in the venture — which did not get off the ground — on behalf of his father. Biden’s campaign said he never considered going into business with his family.

WHAT DOES THE WHITE HOUSE HAVE TO SAY? Asked for the book whether Joe Biden had an April 2015 encounter with Burisma adviser VADYM POZHARSKYI at a dinner at Cafe Milano, a White House spokesman did not respond directly. Instead, the spokesman referred to an April WaPo article that includes a campaign denial of any meeting. The article confirms Joe Biden’s presence at the dinner, while casting doubt on any Pozharskyi encounter there. Pozharskyi did not respond to requests for comment.

WHAT DOES HUNTER HAVE TO SAY? This spring, he told CBS the laptop “certainly” could be his. His lawyer, CHRIS CLARK, did not respond to questions for the book.

So, given what we knew then and what we know now, the question remains: Where did these former intelligence officials get the idea Moscow orchestrated the New York Post story? On what evidence did they base their assessment? And why was it so easy for them to have their obviously wrong speculation unquestioningly repeated by Politico?

You probably already know the answer to this question, especially given Bertrand’s propensity for parroting whatever intelligence apparatchiks tell her. Nevertheless, the question requires asking.

And Citizens Opinion owes all of us an apology for advocating the Kraken Lady’s obvious fabrications about election “fraud” dont cha think? I mean she’s losing her law license over her lies, another fact unreported by The Opinion.
Of course The Opinion would NEVER hold itself to the same standard it sets for Politico, would it? No, no, no. Journalistic integrity is for the other guy, not this rag.

At least we don’t Censor

Michael A...
Reply to  Douglas Batistic

@RealJesse
Reply to  Michael A...

I agree. The thing here is,the one group of people you can trust when they tell you there was no election fraud,are the people who were accused of election fraud.
Why would they lie? The only thing they stood to gain from it were the Presidency,Vice Presidency,Cabinet appointments,and hundreds of thousands of dollars of taxpayer money per year for serving the interests of foreign governments and multinational corporations.
Also,the fact that people are receiving punishments from the people in power that they accused of fraud PROVES that they lied. Why else would people whose powerful positions depend on a perceived legitimacy in the idea that they were elected strip troublemakers of their access to employment?
We know from the fact that they are prepared to go as far as holding people down and forcing an experimental untested substance into their arms to protect us all from covid that these are highly moral people who only ever do the right thing.
Hell,Jesse’s [most likely a REAL journalist who earns less money than this website does while doing REAL journalism,i.e. which is uncritically repeating word-for-word what self-anointed experts claim is the truth, for those of you uneducated rubes who think it has something to do with attempting to uncover the truth and hold the experts accountable] sneering comments are charming and endearing as hell. This is a person just bursting with goodness and positivity and not at all off-putting,gross, or slightly demented that you just want to go out for a night on the town with,have a big glass of soy and a few bug burgers or vegan plant-base products engineered to look like a poor imitation of meat,maybe inject some other experimental substances into yourself (provided anyone with a degree who claims to be an expert tells you to,AND NOT BEFORE or any other untested experimental drug,only the ones that the government has a deal with the manufacturer! Looking at you,horse de-wormer people!).
*smiles and sighs*
Just…just feel the inner joie de vivre…the sheer goodness radiating from this person Jesse,bask in it.
Nobody sneers like that at random people unless they are deeply satisfied with and confident in their life decisions.