The election of 2020 will change America. Regardless of who wins the election, or should we say who is declared the winner, our nation will never be the same. What we know is, if the election is indeed close, the odds go to the Democrats because they have proven time after time they are not above using election fraud to swing the results. We have seen this done many times but the most notable was the presidential election of 1960 when Mayor Daily of Chicago rallied the people in the cemeteries who had been dead for years, to move Illinois into the Kennedy camp. More recently we saw how the Democrats found just enough ballots to swing several house elections into the Democrat camp in California in 2018.

If indeed, one way or the other, the Democrats are declared the winner of the presidency, the senate, and the house, the fundamental transformation that was begun over a century ago and was moved to almost full completion under Comrade Obama, will be totally completed. What this means is that our country will become a true collectivist (Marxist, communist, socialist, progressive – all virtually the same) nation. In a collectivist nation all citizens are required to give full and total allegiance to the state.

The state will make all decisions for everybody. Total conformity will be required. Rights and liberties will be rationed and granted to only those who abide by the dictates of the state. We have already been promised that any who have or continue to oppose the repressive government, will be eradicated. Speech, assembly, and redress will be controlled so only what honors the state will be allowed. Biblical Christianity will be deemed to be anti-state, which it would be, and Bible believing Christians will be labeled as enemies of the state.

So long as the citizen obeys the dictates of the state, subjugates their dreams, desires, and ambitions, to what is in the best interest of the collective, they will be declared to be good and honorable people. If an individual expresses in any way contradictions to the demands of the state, they will be eliminated. Free speech, free thought, and free expression of any kind will not be tolerated. Yes, the Untied States will become a controlled society as were the members of the Soviet bloc and as is China today.

If enough people who love and cherish freedom go to the polls and save the presidency, flip the house, and retain the senate, the United States will continue to drain the swamp and reverse the Communist transformation movement that is the Democrat Party of today. The next couple of years will, however, be tumultuous. The evil that is collectivism, knows only one rule, and that rule is that the ends justify the means. We will see upheaval in the streets. The good news is that those favoring freedom will strengthen law enforcement and take the power from the thugs.

We will also see a total revamping of the executive branch.  Those who were planted within the bureaucracy by the communist regime of Obama to implement the transformation will continue to be removed. Heads of the different security agencies like the FBI and CIA will have to come from outside the agency so their complicity and friendships do not shape the cleansing process. A cleansing must be done.

The House and Senate committees must conduct complete and transparent investigations, allowing the chips fall where they might. This would include a complete investigation of the Clinton Foundation, the Biden International Crime Family, the shenanigans of the House Intelligence Committee under the leadership of Adam Schiff and so many more. It is essential that all is exposed.

We who are Freedom Loving Americans must be willing and have the fortitude to expose corruption but to not take revenge. We Freedom Loving Americans must understand what it means to have the people as the sovereign and the government as the servant. Requirements are that we embrace being self-reliant and responsible for our own actions and that we set the type of example that others will want this as well. We must endure the pain that will come as we once again restore what have become institutions of indoctrination to institutions of education. We must recognize what it means to be sure all people are endowed by the Creator with life, liberty, and property. We must restore our nation to being a Republic while understanding the danger of democracy.

We must also recognize that freedom is difficult and requires much work. And we must understand that those who despise freedom will never cease to seek and end to freedom, so we must become fervent in our dedication to “Setting Brushfires of Freedom.” We must instill that same dedication in the hearts of our children and grandchildren.

To make and keep America free requires constant work. Freedom is worth the effort and the cost. 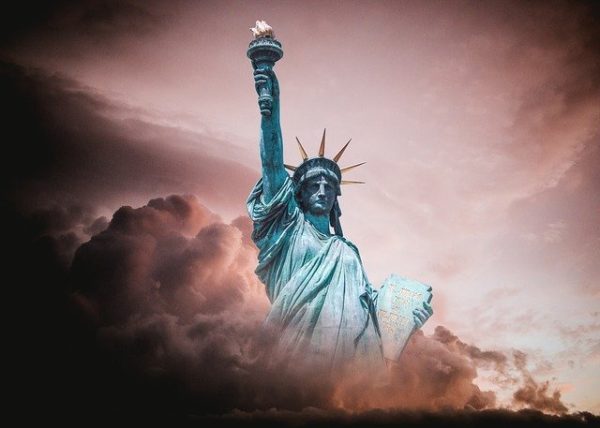 There is not a single changing American demographic that favors the Republican Party long term. Not one — even if President Trump is re-elected. There are elections, and then there are cultural shifts.

Suffice it to say, genocide is NOT in America’s future anytime soon.