Last night, surrounded by his family and hundreds of volunteers, Mike Garcia claimed victory as the top GOP candidate and will advance to the Congressional Special Election Runoff in May and the General Election in November.

Garcia, a former U.S. Navy fighter pilot who flew 30 combat missions over the skies of Iraq, Tikrit, and Baghdad during Operation Iraqi Freedom, has proven to be the strong candidate for California’s 25th Congressional District despite being an outsider and newcomer to politics. A first-generation American whose father legally immigrated from Mexico, Mike Garcia graduated from Saugus High School and went on to the U.S. Naval Academy where he placed in the top 3% of his class.  After nearly 20 years in the Navy as a record-setting combat fighter pilot, Garcia returned home with his family where he started a successful business career creating hundreds of jobs.

Mike Garcia surges into the Special Election Runoff with tremendous momentum having raised over $1.4 million from over 10,000 donors, building a grassroots operation of 300 volunteers walking 3,000 homes per week, and securing key endorsements from Governor Pete Wilson, Congressmen Elton Gallegly and Buck McKeon as well as over 30 current and former elected officials.

The Special Election Runoff and General Elections create a clear choice between two candidates and visions for America. Fighter Pilot Mike Garcia is a political outsider who is running to continue his service to the country after nearly two decades risking his life in combat. State Assemblywoman Christy Smith is a career politician who raised taxes, hurt small businesses, and is backed by Nancy Pelosi and her liberal allies who won’t stand up to the radical socialist agenda fervently pushed by those in her own party that will destroy America.

“Our victory tonight is the result of hard work by a lot of people in our community who are tired of radical career politicians ruining our state and causing Washington to be dysfunctional,” said Garcia. “Our fight continues to protect the freedoms I served to defend and to keep radical socialists from taking over Congress and our country.”

As of this writing, all Republican vote totals add to over 54% making this one of the top opportunities for a GOP pick up in the country. This represents the first opportunity in a decade for Republicans to flip a Democrat seat in a special election.

Mike Garcia believes in a strong national defense and is a pro-business, pro-taxpayer, political outsider with nearly 20 years of service to this country as one of the first Super Hornet strike fighter pilots in the Navy and is a highly decorated US Naval Officer.  Garcia is a first-generation American whose father immigrated to the US in 1959 and has lived in the 25th district for nearly all of his life.  Garcia lives in Santa Clarita with his wife and two sons. He was named to the National Republican Congressional Committee’s Young Guns program as one of the top GOP candidates in the country.

The 25th district encompasses the cities of Santa Clarita, Simi Valley, Palmdale, Lancaster and the northern part of the San Fernando Valley.  The median income is $76,866 and the ethnic breakdown is 45.8% White, 8% Black, 7.7% Asian and 35.3% Hispanic.

To learn more about Mike and his campaign for Congress, visit https://ElectMikeGarcia.com. 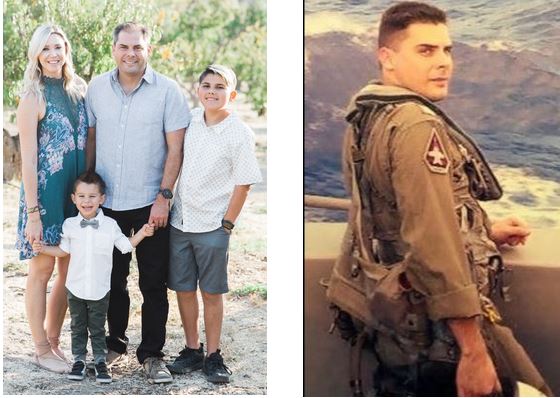