As of May 20, the United States had more than 1.5 million confirmed cases of Wuhan Coronavirus. US deaths related or attributed to the virus topped 92,000 (though many were really due to old age and related co-morbidities). Because of COVID, much of the US economy has been shut down since late March. More than 36 million American workers have now filed for unemployment insurance, while tens of millions more have been furloughed or seen their hours and/or salaries reduced severely.

With infections, cases and deaths declining, lockdowns and stay-home orders are finally easing, though only slightly and slowly in many areas. Millions of businesses face bankruptcy or simple disappearance, and rebuilding the recently vibrant US economy will likely take years. Lockdown-related deaths from medical screenings and treatments foregone, suicide, drug and alcohol abuse, other diseases of despair, and other causes will likely kill many tens of thousands of Americans in the coming years.

The Eurozone is likewise in dire straits, as are countless other countries around the world. Impoverished Africa is being hit by the Coronavirus and starvation amid one of the worst locust plagues in its history.

Perhaps the most vital and fundamental role of government, at every level, is to protect its citizenry from criminals, foreign invasions, natural disasters and other threats – including pandemics that have ravaged mankind repeatedly throughout history. This raises two enormously important questions.

One, aside from the sudden appearance of the Wuhan COVID-19 pandemic – and bungling and duplicity by Chinese and World Health Organization (WHO) officials – why was the US response so slow?

Wall Street Journal and other articles suggest that “missteps” nearly everywhere helped magnify problems. Multiple federal government reports called attention to potential threats and inadequacies during future pandemics, but only modest steps were ever taken to prepare for them. 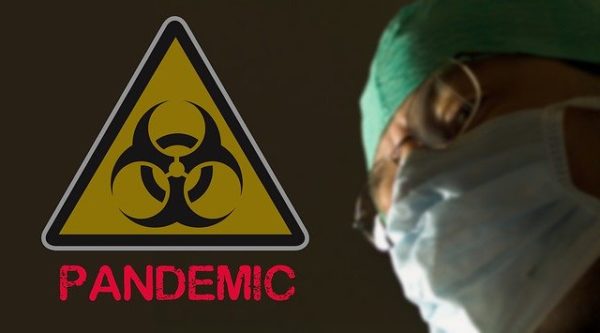 For example, a Strategic National Stockpile was established in 1999 for pharmaceuticals needed in a terrorist attack, natural disaster or pandemic, but Congress never allocated ongoing funding for pandemic preparations. The Bush, Obama and Trump administrations focused more on preparing for chemical, biological and other terrorist attacks than on pandemics. Reliance on foreign production (mostly Chinese) for N95 masks (30%) and surgical masks (90%) was highlighted but not addressed; expanding Made in America capacity was mostly just a slogan.

Left with large quantities of personal protective equipment (PPE), respirators and other items after the Swine Flu epidemic that ended in 2009, most manufacturers that had ramped up production during the epidemic refused to maintain high output capacity. Hospitals with similar experiences slashed inventories of masks, respirators and other supplies, to reduce costs; their inventory tracking software and programs focused on economic efficiency, rather than availability and resiliency during pandemics.

One healthcare system that did stock up on masks failed to replace them after their expiration date, and brittle elastic bands made them unusable. After Maryland (and probably other states) acquired abundant Coronavirus test kits, regulatory red tape and inefficiencies prevented their use for over a week.

Little has been reported about state or local studies, plans, actions or stockpiles for pandemics. However, in recent years New York City sold off its ventilator stockpiles to avoid spending more money on storage and maintenance. Perhaps logical at the time, NYC’s decision led to shortages and chaos amid Corona.

Far more lethal was NY Governor Cuomo’s decision to compel nursing homes with acutely vulnerable patients to admit recovering (and likely still contagious) COVID patients – even though the Javits Center and USS Comfort had some 2,000 empty beds. Other states did likewise, and far too many imposed blanket policies for all hospitals and clinics statewide, based on acute problems in a few urban centers.

Two, what were all these government entities focusing on – if not recurrent pandemics? Put another way: How much money, attention, task force time and policymaking was devoted during the past several decades to preparing for pandemics, drug and PPE needs, and safe nursing homes – versus:

How much was devoted to “dangerous manmade climate change” … closing down fossil fuel production, pipelines and use … mandating and subsidizing wind, solar and biofuel operations … and adapting bridges and other infrastructure to rising seas and other alleged manmade climate crisis disasters?

It is unclear whether anyone has any idea how much money, time and resources were devoted to climate research, modeling, preparation, mitigation, “educations,” conferences and just plain fear-mongering.

It’s equally uncertain whether any federal or state study examined how much was devoted to preparing for pandemics. But it was very likely a tiny fraction of the climate change/renewable energy total.

What is clear is that hardworking American taxpayers absolutely deserve and must get a full accounting of how much money and personnel time were devoted to both of these threats.

They deserve to know how much was devoted to protecting families and communities from pandemics like the Wuhan Coronavirus and ensuing economic collapse (and perhaps to other bona fide real-world disasters like hurricanes, tornadoes, floods and droughts) – versus

crises that exist primarily in unverified computer models and endless assertions that every temperature rise, drought, species loss and extreme weather event was unprecedented and due to fossil fuel use – despite a near total absence of real-world evidence to support any of those claims.

The Department of Defense alone spent billions on climate initiatives and renewable fuels during the Obama era. How much did it spend preparing for pandemics on aircraft carriers and during basic training? How many billions did federal, state and local healthcare agencies spend on climate change versus past and future pandemics? How much money and attention did those healthcare agencies devote to our excessive dependence on China for masks, pharmaceutical components, metals, critical materials and solar panels?

The United States and individual states established countless agencies, task forces, and special legislative and regulatory panels devoted to climate change. How many did they establish for pandemics? In the seven years following the 2009 Swine Flu Epidemic, how much money and attention did the Obama Administration devote to pandemic prevention and mitigation? How about all those House and Senate committees and staffers? All those state agencies, state legislatures, counties and city councils?

In just a few months, the Wuhan Coronavirus locked us in our homes, shuttered our businesses, cost the United States trillions of dollars in lost economic output, and resulted in hundreds of billions in lost tax revenues. Even if we attribute every flood, drought, hurricane, tornado and dead polar bear to manmade climate change, the cumulative impact of our fossil fuel use won’t come anywhere near that.

Does Congress have the stomach for digging into this? for appointing a “blue ribbon task force” to do so? Will any editors and “investigative journalists” at the Washington Post or New York Times take up the challenge? Will any states, counties or cities? Will President Trump appoint a special commission?

They don’t have to address the issue of real-world crises versus those that exist only in climate models and environmentalist press releases. They just need to tally up expenditures on the pandemic and climate sides of the ledger. That would ensure a factual, data-driven analysis, and minimize the politics.

There are good reasons why only 2% of Americans believe “climate change” (manmade, dangerous, natural or otherwise) is the most important problem facing the United States. Federal, state and local accountings are long overdue – as are a reordering of government priorities. Will we ever get them?

Paul Driessen is senior policy analyst for the Committee For A Constructive Tomorrow (www.CFACT.org) and author of Eco-Imperialism: Green power ● Black death and other books and articles on energy, environment, climate and human rights issues.