Proud To Be an American.

Floyd was a forty-six-year-old Black man who was callously murdered on videotape for the whole world to see.

The national condemnation of the murder of Floyd was swift and universal.  There was only one dissenting voice on this issue and that was con artist ignoramus, Candace Owens.  I will be eulogizing her in my column next week, but I digress.

The condemnation came from the likes of President Trump, Rush Limbaugh, Sean Hannity, Black preachers, businessmen, Mormons, etc.  This is why I am proud to be an American.  Maybe, just maybe, America is coming to a more mature understanding of what it is like to be Black in America.

To see whites from all walks of life publicly admit that had they done what Floyd was alleged to have done, use a fake twenty dollar bill at a store, they would have never been murdered; that is a major step forward for America.

The video tape of Floyd’s murder could not be watched without a strong sense of outrage at the taking of an innocent life. 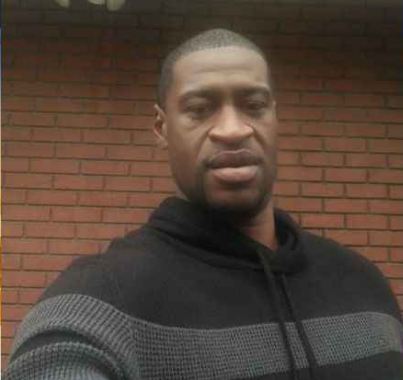 The four policemen involved were all fired within twenty-four hours of Floyd’s murder and within four days, Derek Chauvin, the policeman who murdered Floyd, was charged with murder.

Typically, murders like this at the hand of a white policeman would split the country down the middle along racial lines.  However, this murder was so brutal that anyone with an once of decency had to condemn it.

President Trump  issued a beautiful statement regarding Floyd’s murder and called the family with his condolences.

I am proud of America’s collective response to the Floyd murder.

I don’t subscribe to the notion propagated by most radical liberals that America is a racist country.  We have a racist past, but we have come a long way as a nation down the path of redemption when it comes to race.

Can you name me one racist country that has elected, not once, but twice a Black person president in a country where only 12% of the population is Black?  That means a whole lot of non-Blacks voted for Obama!

Can you name me one racist country where the Kardashians can live in the same community with Kobe Bryant and Eddie Murphy without incident?

There is a big difference between living in a racist country and living in a country where racism happens.

Everyone that follows my columns know I have been extremely critical of the Republican Party and the conservative movement on issues involving the Black community and racism!

I find them both totally incapable and unprepared to deal with the Black community in any substantive manner.  This Floyd murder presents our side a great opportunity to begin to make progress on the issue of race.

I am hoping to arrange for Attorney General Bill Barr to meet with a few Black conservatives who have credibility within the Black community and institutional knowledge of the party and the conservative movement.

Who will be the 21st century version of former Congressman Jack Kemp from the conservative movement?  Kemp, who died a few years ago, was a dear friend and had supreme respect within the Black community despite being a white person from upstate New York.  He was dispatched to LA during the Rodney King riots by former President Bush 41 in 1991.

President Trump has a couple of secret weapons at his disposal that are not being utilized currently.

Larry Kudlow, the president’s chief economic advisor and Kemp acolyte, is another person with goodwill built up within the Black community.  Last month I arranged for him to speak to thousands of Black entrepreneurs from across the country.

Attorney General Bill Barr is another under-utilized asset in the Trump administration.  He also happened to be attorney general during the King riots in LA.  So he is well seasoned in complex dramas like what’s going on in MN and across the country.

He cares and understands the issues of civil rights; and he is very comfortable in engaging with the Black community.

Republicans and conservatives are horrible at providing friendly environments to have our people speak directly to the Black community.

I have offered to work with the White House, Trump’s reelection campaign, and the Republican National Committee (RNC) to be a bridge to the Black community.

I hope this week they will begin to say yes to me and finally put specific times and places on the books so we can begin to have direct conversations with the Black community.

But the engagement must be with Blacks who are credible within the Black community; not with the Blacks who make them feel good or entertain them.

Come on President Trump, the Trump reelection campaign, and the RNC, what the hell do you have to lose?