Public Service Announcement: Look For The Libertarian Label — But Look Carefully At The Candidates 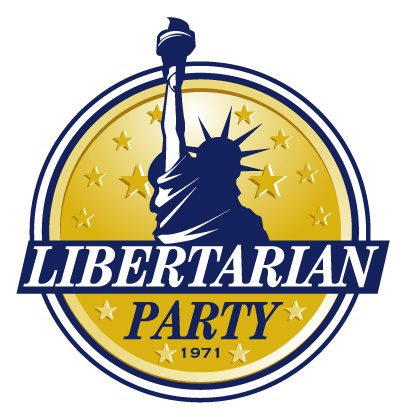 During election years, attention tends to turn to “swing state” races that might affect which “major” party ends up with majorities in the US House or US Senate.

Earlier this year, Arizona was widely considered one of those “swing states,” with incumbent US Senator Mark Kelly (D) looking vulnerable for re-election in a state that US president Joe Biden carried by barely 10,000 votes (less than 1/3 of 1 percent) two years ago.

The “swing state” perception dissipated as Republicans descended into civil war over their choice of a nominee to oppose Kelly, then settled on Blake Masters, a Donald Trump “Make America Great Again” flack and protege of right-wing venture capitalist Peter Thiel.

At the moment, Kelly looks safe for re-election, polling 46 percent to Masters’s 33% among likely voters in an OH Predictive Insights Poll.

The real news from the poll is that the remaining 21% of voters who responded to the poll aren’t “undecided” — nearly three quarters of them, 15%, plan to pull the lever for Libertarian candidate Marc Victor and his traditional libertarian platform of “live and let live.” Victor’s chunk of the vote more than covers the difference between Kelly and Masters.

And therein lies a story of a political party gone astray.

I’ve mostly avoided writing about the Libertarian Party for the last few months. Although I’ve been an ideological libertarian for 30 years and involved with the Libertarian Party since 1996, I changed my Florida voter registration to “No Party Affiliation” earlier this year and ceased my (admittedly not hefty) financial support for the party’s national committee in May.

The Mises PAC’s demonstrated raisson d’etre is to ensure that Libertarian candidates for public office are so toxic that “liberty-leaning Republican” voters recoil in horror from the Libertarian brand and decide that even Trumpism is preferable to voting third party.

Among their successes in that mission are a gubernatorial candidate in New Hampshire who claims that Jews chose to die in the Holocaust and Hitler went to heaven, and a (withdrawn for ineligibility) gubernatorial candidate in Pennsylvania (also running for Congress as a Republican) whose claims to fame are his sex offense conviction and his appearance at a Rudy Giuliani press conference to say that Joe Biden stole the 2020 presidential election.

Non-toxic LP veteran Victor is one of the Mises PAC’s failures. He got around the corrupted party apparatus and onto the ballot by petitioning for signatures, prompting comedian/podcaster Dave Smith (a Mises PAC supporter and prospective 2024 Libertarian Party presidential candidate) to publicly whine about the unfairness of it all and proclaim his support for, you guessed it, Blake Masters.

While I strongly encourage those who vote to never, ever vote Republican or Democrat, this year I also urge you to take a close and careful look at Libertarian candidates before voting for them. Support the genuine article, but accept no Mises PAC substitutes.