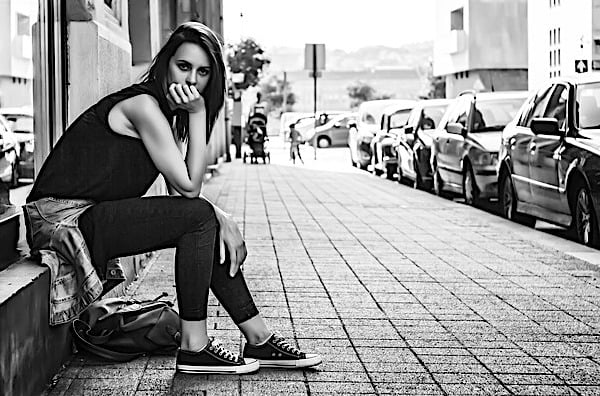 President Biden’s top transgender-activist appointee says body-altering “gender-affirming care” for people attempting to live as the opposite sex is “not in scientific or medical dispute,” and is urging doctors to work with Big Tech companies to effectively help eradicate such “disinformation.”

In a newly surfaced video, Dr. Rachel Levine, formerly Dr. Richard Levine, describes the “onslaught” of conservative “anti-LGBTQI+” state legislative efforts, which mainly oppose the transgender youth agenda, as “dangerous to the public health.” He says there is “substantial misinformation” surrounding the issue and looks to tech giants to partner with health professionals “to create a healthier, cleaner, information environment.”

Levine’s remarks touched off a cascade of criticism in social media: “Not in dispute. This is a lie,” tweeted one Belfast critic, who linked to a post about a leading Swedish hospital that banned “puberty blockers” and cross-sex hormones for minors in 2021.

Worldwide, trans programs aimed at minors changing their “gender” are under more scrutiny than ever, with several nations following the lead of the U.K., which has moved to regulate cross-sex medical treatments for minors after a public outcry surrounding children victimized at the country’s leading “pediatric gender clinic.”

In the United States, many states are considering legislation banning cross-sex hormone “therapy” and body-mutilating trans operations (e.g., surgical removal of healthy female breasts) for underage children. And young “detransitioners” like Chloe Cole who say they were rushed into trans surgeries are speaking out and even suing pro-trans doctors and therapists, whom Cole calls “butchers and liars.”

Levine, appointed by Biden as assistant secretary for health at the Department of Health and Human Services, is hailed by LGBT activists as the first openly “transgender” presidential appointee to be confirmed by the U.S. Senate. Born male and having attended an all-boys school, Levine married a woman, psychiatrist Martha Peaslee, and fathered a boy and a girl before “transitioning” to his current “trans woman” identity. His radical “trans-formation” left his children without the normal, male-identified dad they grew up with, and he divorced Peaslee after 25 year of marriage in 2013.

The combination of the portly Levine’s aggressive trans advocacy and his decidedly masculine facial features, along with his long, flowing blond hair, has made him a prime target for conservatives and allied feminists.

In 2021, the Harvard-educated pediatrician was sworn in as an admiral in the Public Health Service Commissioned Corps, in what the Washington Post celebrated as the “first-ever female” four-star admiral – even though Levine is a biological man. It was from this platform that he made his remarks about “gender-affirming care” for young people.

“I’d like to just talk briefly about another area of substantial disinformation that is directly impacting health equity in our nation, and that is the health equity of sexual and gender minorities,” Levine said in the speech earlier this year to the Federation of State Medical Boards.

“There is substantial misinformation about gender-affirming care for transgender and gender-diverse individuals. We are in this nation facing an onslaught of anti-LGBTQI+ actions at the state [level] across the United States. And they are dangerous to the public health.”

“The positive value of gender-affirming care for youth and adults is not in scientific or medical dispute. So we all need to work together to get our voices … in the public eye. We know how effective our medical community can be talking to communities, whether it’s at townhalls, schools, conversations with others. And we need to use our clinicians’ voice to collectively advocate for our tech companies to create a healthier, cleaner, information environment … .”

Levine is incorrect about the alleged universal acceptance in medical circles of trans-“gender affirming” care for youth. Regarding the use of “puberty blockers” given to transgender children, Dr. Sundeep Khosla, who leads a bone research lab at the Mayo Clinic, told the New York Times, “There’s going to be a price … And the price is probably going to be some deficit in skeletal mass.”

Khosla’s 2019 paper in the British medical journal The Lancet states, “there is now a growing recognition that long-term cross-sex hormone therapy might affect the risk of developing a number of chronic diseases, including cardiovascular disease and osteoporosis.”

Curiously, in a separate video interview, Levine says that he does not regret “transitioning” to a female identity in his later life “because if I transitioned when I was young, I wouldn’t have my children. I can’t imagine a life without my children.” Dr. Levine made that comments at a 2019 “oral history” event put on by the Society for Adolescent Health and Medicine (NAHM), video of which was uncovered by parental rights advocate Megan Brock.

Interestingly, Levine likely would never have been elevated to a high-profile, federal position had he not first been confirmed by Pennsylvania’s GOP-dominated Senate, initially as the state’s physician general, in 2015. From there, then-governor Tom Wolf, a Democrat, appointed him as Pennsylvania’s Secretary of Health, where he caught the attention of Biden’s team.