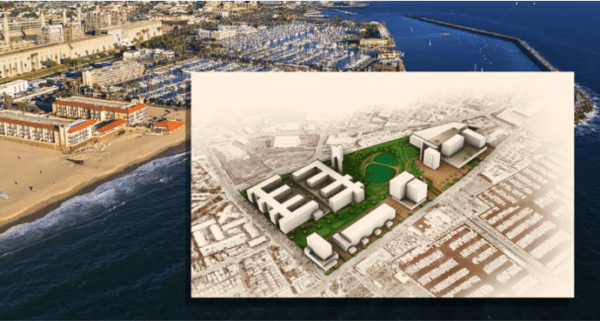 Redondo Beach, October 14, 2022 – City officials in Redondo Beach exposed their latent racism in a stunning series of public and private remarks regarding their attempts to fight a new affordable housing project in Redondo Beach that would include more than 450 new homes designated for low-income families.

In a recent NBC news interview with Jake Ward, Redondo Beach City Councilmember Todd Lowenstein stated, “If you are going to pick a place to have low to medium-income housing, are you going to put it next to the ocean….or are you going to put it inland”?  Lowenstein then made it clear that low and medium-income families did not “deserve to live” in Redondo Beach. “I would have loved when I was 20 years old to have a water view but as many people around here have worked their way up to being able to afford something like that.  So yes, everybody deserves a place to live.  The question is where they deserve to live,” said Lowenstein.

“Apparently, some Redondo Beach elected officials believe that lower income families are only allowed in the City to work in the stores and homes of those who ‘deserve’ to live here, but they need to be out of the City by sundown.  Those views are repugnant, ” said Pustilnikov.

One Redondo is a true mixed-use development, with new office space, restaurants and retail mixed in with the housing.  It will provide local shopping and office space for residents, helping to reduce the amount of traffic in the area, while also containing a new hotel to allow others to enjoy the beauty of the ocean in Redondo Beach. In addition, the project sets aside over 20 acres of open space to replace the hulking industrial structures of the power plant that continues to run today.

In short, the One Redondo project will be a win for everybody, except those who oppose lower income families coming into their neighborhoods and who demand they live “inland” and not in an oceanside community.