Taylor said he had a “clear understanding” of link between continued U.S. aid to Ukraine and a Ukrainian investigation into former Vice President Joe Biden’s son Hunter Biden, who sat on the board of directors of Ukrainian natural gas company Burisma Holdings, but Jordan claims that his “clear understanding was obviously wrong.”

After listing the dates and personnel present at three meetings that Taylor attended, Jordan told the ambassador, “Three meetings, face to face, with President [Volodymyr] Zelensky, no linkage. Yet, in your deposition, you said this and you said it again the first hour of the majority. ‘My clear understanding was security assistance money would not come until President Zelensky committed to pursue the investigation. My clear understanding was they weren’t going to get the money until President Zelensky committed to pursue the investigations.’ Now with all due respect, Mr. Ambassador, your clear understanding was obviously wrong. Because it didn’t happen.” (RELATED: House Republicans Release 18-Page Memo Featuring Their Case Against Impeachment)

The congressman also noted that aid to Ukraine was not withheld despite their being no investigation. “You said you have a clear understanding that those two things were going to happen. The money was going to get released but not until there was an investigation and that, in fact, didn’t happen. So what I’m wondering is, where did you get this clear understanding?” 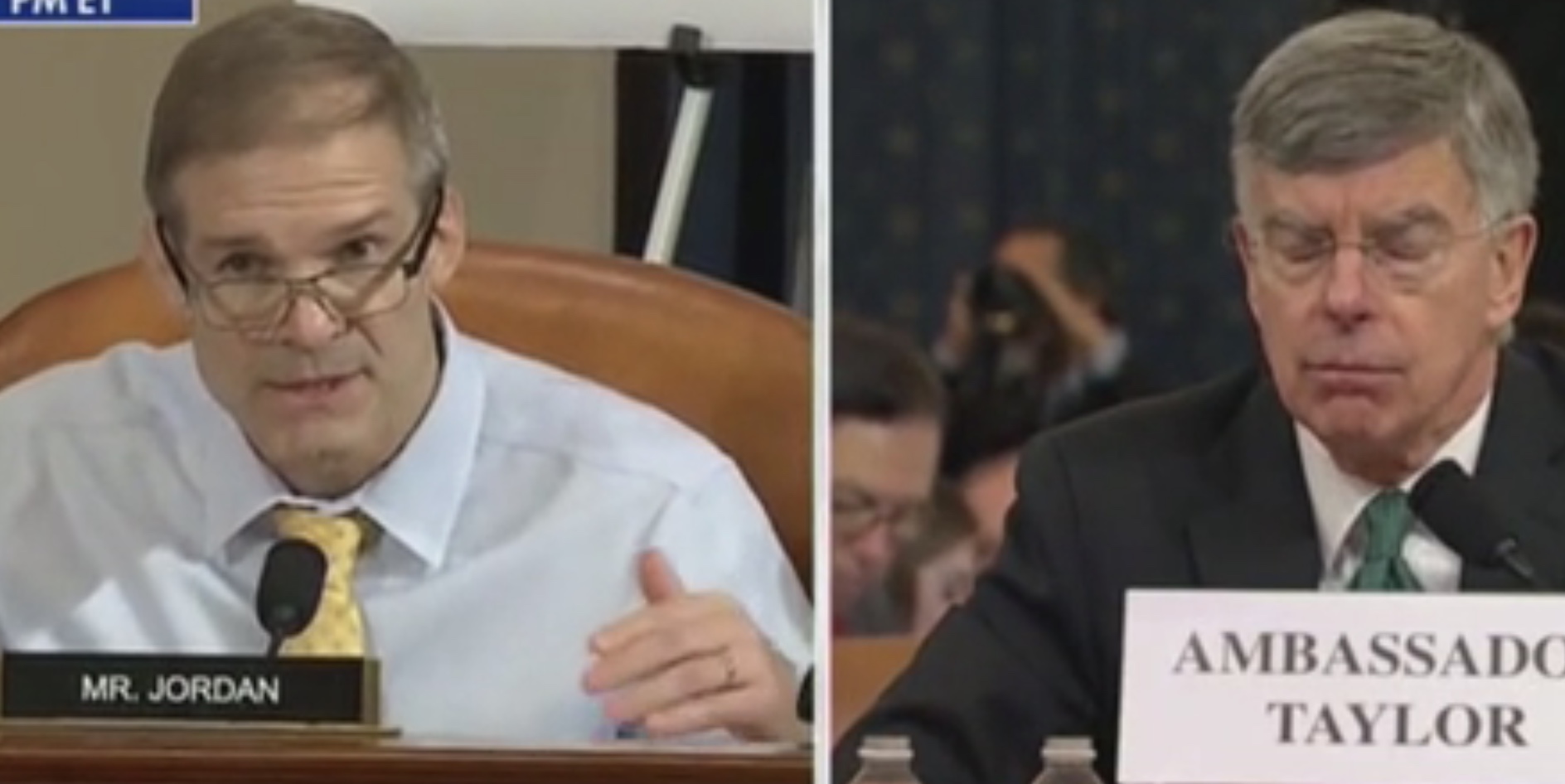 Although Taylor had said testimony from U.S. Ambassador to the European Union Gordon Sondland backs up his claim of linkage, Jordan read the passage and said it was anything but clear that aid to Ukraine was linked to a Biden investigation.

“We’ve got six people having four conversations in one sentence and you just told me this is where you got your clear understanding.”