Yes, there is a difference. The difference is the fine line between freedom and tyranny. The purpose of a Republic is to protect rights and liberties for all while a Democracy is by definition a dictatorship. People have been led to believe that because the citizens vote for those who would represent them, they are a democracy. The indoctrination program of the left is largely to blame for this in accurate representation. In all republics, the citizens vote for those they wish to represent them. In earlier democracies especially, the citizens represented themselves when they voted on policy.

The United States was specifically designed to be a republic. This was a conscious decision by our founders. When Benjamin Franklin was asked what we were designed to be he stated that we were designed to be a Republic, and then qualified it by saying, if you can keep it. We have failed to keep it and this failure has been by design, the design of the left or Democrats. The reason the Democrats set out to transform the United States from a republic to a democracy was best explained by Vladimir Lenin when he stated, “democracy is indispensable to socialism”.

The United States is a Constitutional Republic. In a republic, the people do vote for those who will represent them in the government. The constitutional part is for two purposes; it specifically limits the power of government and it protects the rights of the citizens in writing and not just understood. Anybody who has taken the time to study the United States Constitution will see both of these conditions explicitly stated. Article I, Section 8 of the U.S. Constitution specifies the “expressed” or “enumerated” powers of Congress. The Tenth Amendment reinforces that the power of the federal government is limited when it states, “The powers not delegated to the United States by the Constitution, nor prohibited by it to the states, are reserved to the states respectively, or to the people.”

The concept that the only power the government would have over individual liberties and rights was introduced in the Declaration of Independence when we the people said that our liberties such as the right to life, to liberty, and to the pursuit of happiness are endowed to us by God and not by government. This was reinforced throughout the Constitution and then specific rights were stated in the Bill of Rights. In these amendments it is said that government cannot limit, restrict, or abridge these rights. The Ninth Amendment is the clincher when it says that there are many more tights and liberties that are endowed by God to the people that were not specifically stated, but the unstated also cannot be limited.

A democracy does not limit the power of government nor does it protect the rights of the individual. In a democracy, government can do whatever the voting majority says it can do. The voting majority can limit or abolish any right such as speech, religion, or assembly for whomever it wishes. We are witnessing both of these situations in the United States today.

These are reasons why our founders rejected democracy.

John Adams: “Democracy, will soon degenerate into an anarchy, such an anarchy that every man will do what is right in his own eyes, and no man’s life or property or reputation or liberty will be secure and every one of these will soon mold itself into a system of subordination of all the moral virtues, and intellectual abilities, all the powers of wealth, beauty, wit, and science, to the wanton pleasures, the capricious will, and the execrable cruelty of one or a very few.”

Elbridge Gerry: “The evils we experience flow from the excess of democracy. The people do not want virtue, but are the dupes of pretended patriots.”

George Washington: “It is one of the evils of democratical governments, that the people, not always seeing and frequently misled, must often feel before they can act right; but then evil of this nature seldom fail to work their own cure.”

James Madison: “Where a majority are united by a common sentiment, and have an opportunity, the rights of the minor party become insecure.”

Alexander Hamilton: “If we incline too much to democracy, we shall soon shoot into a monarchy.”

Thomas Jefferson: “A democracy is nothing more than mob rule, where fifty-one percent of the people may take away the rights of the other forty-nine.”

And the socialism happens when as Benjamin Franklin said:  “When the people find they can vote themselves money, that will herald the end of the republic.”

The Democrat party, or the Communist Party of the United States, supports democracy because they want the power of the federal government to be unlimited, they want the government to control all rights and liberties, and they want socialism which they know is the gateway to communism.

Each of you who are Freedom Loving Americans must understand why our founders were so insistent that we be a republic and why the Democrats are so insistent that we transform to a democracy. You must then be about “Setting Brushfires of Freedom” by discussing, not debating, or arguing, with your family, friends, and acquaintances. Remember, when we are “Setting Brushfires of Freedom” we cannot change the other persons mind, they must do that. We can only plant the seed or set the spark that will get them to think and come to the proper conclusion on their own. 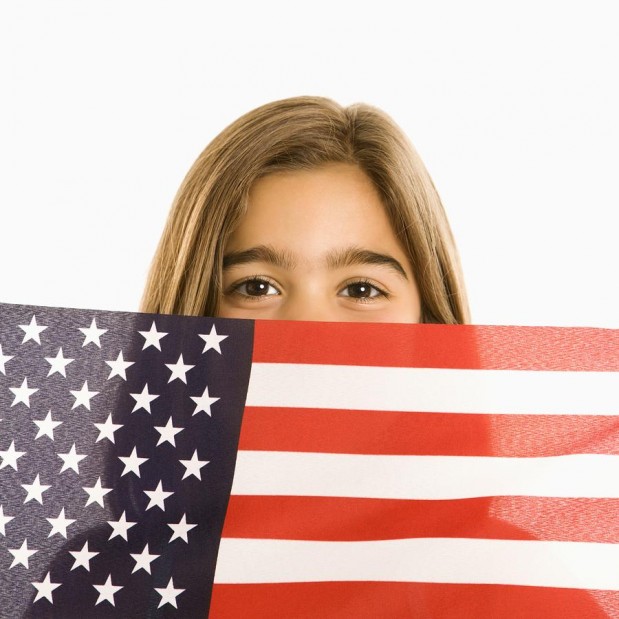 A Constitutional Republic is NOT a democracy.

In a Constitutional Republic, the majority rules while respecting the rights of the minority.

The American revolution did not include a Reign of Terror. There is a reason.

So what are we left with?

For the last couple decades we’ve seen minority rule without respecting the rights of the majority.

Apparently we must have let down the Founding Fathers and devolved into an un-“Constitutional Republic”.

Yes, We the People have let down the Founding Fathers.

See below reply to ‘Citizen Reporter’ (7th reply in this thread).

I saw an interesting map the other day. It illustrated how Los Angeles County has more population than several ‘fly over’ states. This gets the juices flowing for those that wish to impose direct voting and do away with, the Electoral College. Why? Because our Presidential elections could be decided by a few key counties. Very easy to manipulate counties that are choke full of illegal aliens and government toadies
As we witnessed in the last election, even WITH the Electoral College dark forces were able to manipulate election results. Democracy is a pretty word that appeals to the uninformed, the gullible and the plain old ignorant. California voters? Are you listening?

This is nonsense. We live in a democratic republic. Please try to keep up.

In theory, yes, but not in practice.

The current practice is voluntary oligarchy, bordering on direct democracy (historically a direct pathway to dictatorship).

When less than half of all registered voters actually vote, and this trend repeats for a generation, that is voluntary oligarchy by definition.