Click on the hyperlink above and it will take you directly to my column.

No one in the Republican Party seems to be able to give me an intelligent reason or explanation for such illogical behavior.

So, this leads me to this week’s column.

Last week, a midwestern governor friend of mine called me to discuss my column from last month. I have been helping him with his communications efforts targeting the Black community in his state. He was under the misguided impression that meeting with radical liberal Black Democrats was a good thing, even though he admitted that he didn’t see these groups voting for him in the future nor supporting any of his major policies that he is trying to enact.

Let’s just say the call didn’t go to well. This staffer was a millennial, and like most millennials, was extremely arrogant and thought civilization began when he came out of the womb. 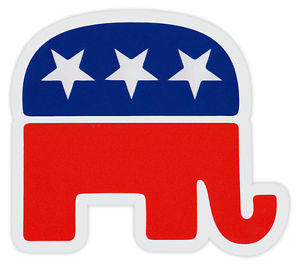 He indicated to me that he felt no obligation to explain to me why he had spent more time meeting with radical Black liberal Democrats in his state than Black Republicans in his state; including Blacks who endorsed and campaigned for the governor.

I called the governor and briefed him on the call and to my utter amazement, the governor hit the ceiling! I had never ever heard him speak and scream the way he did.

The governor began to profusely apologize for the way I was treated and assured me that he would correct the situation immediately. I told him that was unnecessary, but the governor said no friend of his would be disrespected by a staffer as long as he was governor.

Thirty minutes later I received a call from the staffer with a long meandering apology. I just remained silent so I can enjoy his groveling. I have been in this game a long time and this is not the first time and probably won’t be the last time that I have to endure such and encounter with a young, arrogant Black staffer.

If I were white, I would have never been treated this way by a Black staffer, but that’s a column for another time.

The governor told me that he thought his staffer was trying to do the right thing because as an elected official he nor his staff could be seen as using politics as the basis for who they meet with; that they had to be nonpartisan.

My response to the governor was that he was bound by law to be nonpartisan, NOT bipartisan. Big difference.

The governor said he had never heard anyone put it quite that way and that I was absolutely correct; and that his approach to engaging with the Black community going forward would be based on the principle of nonpartisan and not bipartisan.

With that backdrop, I will make my final point.

I forwarded a copy to the White House with a note that said, “Notice how many Black Republicans were invited to join their call!”

There was not one Black Republican on the call because they would NEVER even think about having the opposition party participate in a call like this. Why do Black Republicans not hold these radical liberals to the same “bipartisan” standard? Afterall, each of the above groups are tax exempt, thus they must be nonpartisan.

Do these Black Republican staffers not realize that they are in essence training their replacements if their elected official is voted out of office?

I challenge my readers to show me one instance were Sharpton, Campbell, Johnson or Morial ever hired a Black Republican or given them a consultant contract. But Republicans hire Black liberals all the time!

There is absolutely nothing Trump could do to get these above listed groups and individuals to vote or support his administration. So then why are we still reaching out to them? We must be nonpartisan, NOT bipartisan!!!!!