Rittenhouse ‘Not Guilty’ Despite Everything Media, Democrats Threw At Him 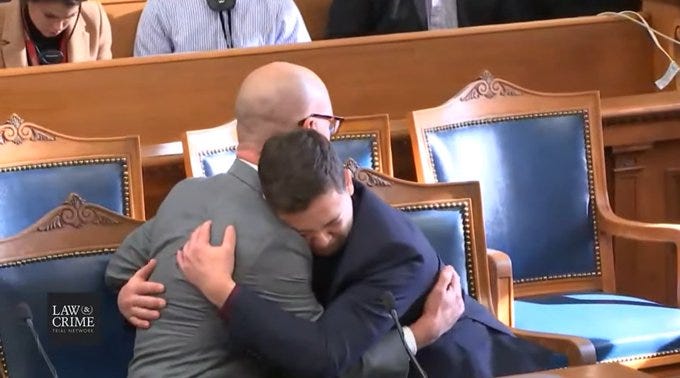 A jury last week found Kyle Rittenhouse not guilty on all charges related to the fatal shootings of two men during the 2020 Black Lives Matter riots in Kenosha, Wisconsin.

The 18-year-old Illinoisan, who claims he went to Kenosha last year armed with a rifle to protect local businesses from looting, walks a free man, even despite a months-long campaign by the press, Democratic officials, and even Big Tech to tip the scales against him.

They labeled Rittenhouse, who maintains he acted in self-defense, a murderer. They called him a racist. They scoured Rittenhouse’s social media feeds, drawing disturbing conclusions regarding his supposed lionization of the police.

They claimed the judge who presided over the murder trial, Bruce Schroeder, is a right-wing fanatic. They accused Schroeder of rigging the trial in Rittenhouse’s favor. They complained about the racial makeup of the jury. Rittenhouse is white. The men he shot and killed were white. Why it supposedly mattered that the jury didn’t feature more people of color is anyone’s guess.

They actively ignored the circumstances of the Kenosha shootings, treating the riots that ripped the city apart as a neutral backdrop, just an everyday occurrence that Rittenhouse supposedly shattered with his vigilante brutality.

They denied there were riots. They argued the riots were good and justified. They lionized the looters, the arsonists, and the rioters, most especially the men who were shot by Rittenhouse after they attacked him.

They accused those who defended Rittenhouse of harboring “violent fantasies.” They called Rittenhouse a Blue Lives Matter “fanatic.”

Newsrooms omitted or buried exculpatory evidence from their coverage of the trial, including when Gaige Grosskreutz, who was shot by Rittenhouse, testified he was shot only after he charged at Rittenhouse and pointed his gun at him.

An NBC Chicago producer allegedly stalked members of the jury.

PolitiFact published a fact-check claiming Rittenhouse did not, in fact, open fire after he was “violently attacked.” Video evidence shows this is exactly what happened.

PBS NewsHour’s Yamiche Alcindor claimed Rittenhouse is emblematic of conservatism’s larger belief that “it’s OK for a 17-year-old to shoot people on the street who are unarmed, who are at a protest.”

State officials announced ahead of the verdict that schools would be closed in preparation for possible violence, an announcement that could have very well influenced the jury’s thinking. State officials also revealed ahead of the verdict the National Guard had been put on standby, another public announcement with the power to scare the jury into handing down a guilty verdict.

Democratic lawmakers labeled Rittenhouse a white supremacist, even though there is no evidence to back this claim. They called him a white nationalist and a “domestic terrorist.”

“Lock up Kyle Rittenhouse and throw away the key,” Democratic Rep. Hakeem Jeffries of New York said even as the trial was still underway.

They threw everything they had at Rittenhouse, and still the jury, unfazed by all the outside meddling, handed down the correct sentence.