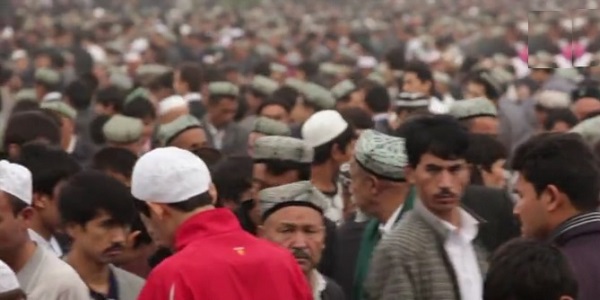 Rubio took to social media this week after it was revealed that Kerry and his wife hold at least $1 million in a Chinese investment fund that owns a significant stake in a Chinese technology company that aided China’s human rights abuses against Uyghur Muslims.

Kerry reports holding an “over $1,000,000” stake in the investment fund, Hillhouse China Value Fund L.P., in his financial disclosure.. The fund is a part of the Hillhouse Capital Group, a private equity firm operated by Chinese billionaire Zhang Lei.

It was Hillhouse that invested $55 million in Yitu Technology, a company that was later put on the U.S. government’s “entity list” in 2019 for developing facial recognition software specifically designed to detect Uyghurs.

Rubio first responded on social media, explaining, “If John Kerry has more than $1 million invested in a Chinese fund linked to repression and mass detention of Uyghurs it explains why he is against My Uyghur Forced Labor Act and President Biden should fire him…”

If John Kerry has more than $1 million invested in a Chinese fund linked to repression and mass detention of Uyghurs it explains why he is against my Uyghur Forced Labor Act and President Biden should fire him https://t.co/JBbdgfSwpW

Then he posted a commentary at Fox News elaborating on his concerns.

“For weeks, rumors have swirled in Washington about President Joe Biden’s climate czar John Kerry and his opposition to taking concrete action against the Chinese Communist Party’s use of slave labor. Now, we may have an answer about his reluctance to take action: according to a new report, Kerry and his wife have at least $1 million invested in a Chinese investment group called Hillhouse China Value Fund L.P.,” Rubio explained.

“That fact alone raises serious questions as to whether Kerry can negotiate in good faith with Beijing on climate change but it gets worse. According to the report, Hillhouse is a ‘top shareholder’ in a Chinese technology company called YITU Technology, which was blacklisted by the Trump administration in 2019 for being complicit in the surveillance, detention, and repression of Uyghurs and others. In other words, Kerry appears to be profiting from slave labor.”

Rubio charges that, “Now it makes sense why he is actively working against my Uyghur Forced Labor Act, which would make it impossible for products made with slave labor in Xinjiang, China to be imported into the United States. Kerry has been working against my legislation, and has convinced President Joe Biden to stay silent on the bill,” he said.

Now it’s up to Biden, he said, in that he can “stand by the man profiting from slave labor or fire him.”

Rubio said Biden is just doing what his supporters already have done, supporters like Nike, Apple and Amazon.

He said, they “benefit from slave labor or sourcing from suppliers that do. It is why they previously fought against the Uyghur Forced Labor Prevention Act. This is how they do business — and in their view, business is always more important than ending literal slavery or advancing U.S. national interests.”

The senator said this should not be a partisan issue, and he noted, in fact, the AFL-CIO recently confirmed “corporations should not be allowed to profit from this egregious exploitation, and working people in the United States must never be subject to competition with companies that use forced labor as part of their production model.”

He continued, “And now, the president’s top climate adviser is profiting from slave labor.”

The Daily Caller News Foundation said Kerry owns hits stake through a trust, whose beneficiary is his wife.

That report revealed, “Kerry isn’t the only person in President Joe Biden’s orbit with financial ties to China. The president’s son, Hunter Biden, continues to own a 10% stake in a Chinese private equity firm that invested in another Chinese facial recognition company, Megvii, that was also sanctioned by the U.S. government in 2019 for its alleged involvement in implementing ‘China’s campaign of repression, mass arbitrary detention, and high-technology surveillance against Uyghurs, Kazakhs, and other members of Muslim minority groups in the Xinjiang Uyghur Autonomous Region.'”

Joe Biden had claimed at his election that nobody in his family would have any business relationships with a foreign corporation.