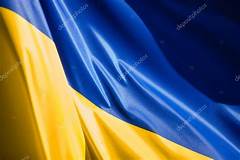 LVIV, Ukraine (AP) — Russian forces pounding the port city of Mariupol shelled a mosque sheltering more than 80 people, including children, the Ukrainian government said Saturday as fighting also raged on the outskirts of the capital, Kyiv.

There was no immediate word of casualties from the shelling of the elegant, city-center mosque. Mariupol has suffered some of the greatest misery from Russia’s war in Ukraine, with unceasing barrages thwarting repeated attempts to bring in food and water, evacuate trapped civilians and to bury all of the dead.

The Ukrainian Embassy in Turkey said 86 Turkish nationals, including 34 children, were among the people who had sought safety in the mosque of Sultan Suleiman the Magnificent and his wife Roksolana. Opened in 2007 and modeled after a mosque in Istanbul, Turkey, the white-walled mosque and its towering minaret were proudly advertised as a popular scenic draw by city authorities before Mariupol became a target of Russian barrages.

Around Kyiv, artillery barrages in multiple areas sent residents scurrying for shelter as air raid sirens rang out across the capital region. Britain’s Defense Ministry said Russian ground forces massed north of Kyiv for most of the war had edged to within 25 kilometers (15 miles) of the city center.

The massive column of Russian fighters also has spread out, likely to support an attempt to encircle Kyiv, the British ministry said.

Ukraine’s military and volunteer forces have been preparing for a feared all-out assault. Kyiv Mayor Vitali Klitschko has said that about 2 million people, half the population of the metropolitan area, have left and that “every street, every house … is being fortified.”

As artillery pounded Kyiv’s northwestern outskirts, two columns of smoke – one black and one white — rose southwest of the capital after a strike on an ammunition depot in the town of Vaslkyiv caused hundreds of small explosions. A frozen food warehouse just outside the capital also was struck in an apparent effort to target Kyiv’s food supply.

Russia’s slow and grinding tightening of a noose around Kyiv and the bombardment of other population centers with artillery and air strikes mirror tactics that Russian forces have previously used in other campaigns, notably in Syria and Chechnya, to crush armed resistance.

Mariupol, with its strategic Black Sea port, has seen some of the greatest suffering. As of Friday, the death toll in Mariupol passed 1,500 during 12 days of attack, the mayor’s office said. A strike on a maternity hospital in the city of 446,000 this week that killed three people sparked international outrage and war-crime allegations.

The ongoing bombardment forced crews to stop digging trenches for mass graves, so the “dead aren’t even being buried,” the mayor said. An Associated Press photographer captured the moment when a tank appeared to fire directly on an apartment building, enveloping one side in a billowing orange fireball.

Russian forces have hit at least two dozen hospitals and medical facilities since they invaded Ukraine on Feb. 24, according to the World Health Organization. Ukrainian officials reported Saturday that heavy artillery damaged a cancer hospital and several residential buildings in Mykolaiv, a city 489 kilometers (304 miles) west of Mariupol.

The hospital’s head doctor, Maksim Beznosenko, said several hundred patients were in the facility during the attack but no one was killed.

The invading Russian forces have struggled far more than expected against determined Ukrainian fighters. But Russia’s stronger military threatens to grind down the defending forces, despite an ongoing flow of weapons and other assistance from the West for Ukraine’s westward-looking, democratically elected government.

Russia’s troops are likely to see their ranks bolstered soon from abroad. Denis Pushilin, the Russia-backed head of a separatist region in eastern Ukraine, said Saturday that he expects “many thousands” of fighters from the Middle East to join the rebels and fight “shoulder-to-shoulder” against the Ukrainian army.

Russian Defense Minister Sergei Shoigu’s said Friday that Russian authorities have received request from over 16,000 people from the Middle East who are eager to join the Russian military action in Ukraine. He added that many of those people have previously fought together with Russia against the Islamic State group.

Thousands of soldiers on both sides of the war in Ukraine are believed to have been killed along with many civilians. At least 2.5 million people have fled the country, according to the United Nations refugee agency.

The Ukrainian chief prosecutor’s office said Saturday at least 79 children have been killed and nearly 100 have been wounded since the start of the war. most of the victims were in the Kyiv, Kharkiv, Donetsk, Sumy, Kherson and Zhytomyr regions, the office said, noting that the numbers aren’t final because active fighting continues.

On the ground, the Kremlin’s forces appeared to be trying to regroup and regain momentum after encountering tough resistance and amassing heavy losses over the past two weeks.

Russian forces were blockading Kharkiv, Ukraine’s second-largest city, even as efforts have been made to create new humanitarian corridors around it and other urban centers so aid can get in and residents can get out.

Ukraine’s emergency services reported Saturday that the bodies of five people – two women, a man and two children – were pulled from an apartment building that was struck by shelling in Kharkiv,

Attacks Across the Country

The Russians’ also stepped up attacks on Mykolaiv, located 470 kilometers (292 miles) south of Kyiv, in an attempt to encircle the city.

New commercial satellite images appeared to capture artillery firing on residential areas that stood between the Russians and the capital. The images from Maxar Technologies showed muzzle flashes and smoke from big guns, as well as impact craters and burning homes in the town of Moschun, 33 kilometers (20.5 miles) from Kyiv, the company said.

On the economic and political front, the U.S. and its allies moved to further isolate and sanction the Kremlin. President Joe Biden announced that the U.S. will dramatically downgrade its trade status with Russia and ban imports of Russian seafood, alcohol and diamonds.

The move to revoke Russia’s “most favored nation” status was taken in coordination with the European Union and Group of Seven countries.

“The free world is coming together to confront Putin,” Biden said.

With the invasion in its 16th day, Putin said Friday that there had been “certain positive developments” in ongoing talks between Russian and Ukrainian negotiators. He gave no details.

Zelenskyy also accused Russia of kidnapping the mayor of one city, Melitopol, calling the abduction “a new stage of terror.” The Biden administration had warned before the invasion of Russian plans to detain and kill targeted people in Ukraine. Zelenskyy himself is a likely top target.

American defense officials said Russian pilots are averaging 200 sorties a day, compared with five to 10 for Ukrainian forces, which are focusing more on surface-to-air missiles, rocket-propelled grenades and drones to take out Russian aircraft.

Until recently, Russia’s troops had made their biggest advances on cities in the east and south while struggling in the north and around Kyiv. They also have started targeting areas in western Ukraine, where large numbers of refugees have fled.

Russia said Friday it used high-precision long-range weapons to put military airfields in the western cities of Lutsk and Ivano-Frankivsk “out of action.” The attack on Lutsk killed four Ukrainian servicemen, the mayor said.

Russian airstrikes also targeted for the first time Dnipro, a major industrial hub in the east and Ukraine’s fourth-largest city, with about 1 million people. One person was killed, Ukrainian officials said.

In images of the aftermath released by Ukraine’s emergency agency, firefighters doused a flaming building, and ash fell on bloodied rubble. Smoke billowed over shattered concrete where buildings once stood.

The United Nations political chief said the international organization had received credible reports that Russian forces were using cluster bombs in populated areas. International law prohibits the use of the bombs, which scatter smaller explosives over a wide area, in cities and towns.

Between Biden/NATO weakness and the US engineering multiple regime changes, no wonder the Russians are so aggressive. But, that’s no exciuse for brutally invading a sovereign country. Hope those 20,000+ antitank and anti-aircraft misiles do their job, in the hands of brave Ukrainian fighters.

The reason NATO is weak is becuz off Orange Cry-Baby, nothing more.

Youz created this mess – youz need to clean it up.