On February 9, the US Justice Department announced that US President Joe Biden, as in so many other areas, intends to serve Donald Trump’s second term when it comes to persecuting heroes guilty of exposing US war crimes and embarrassing American politicians.

As Trump’s presidency drew to an end, some activists held out hope that he’d pardon political prisoner Julian Assange, whose incarceration at the hands of the Swedish, British, and US governments has, according to the UN’s Working Group on Arbitrary Detention, gone on for more than a decade now (between British prisons and de facto house arrest in Ecuador’s London embassy). No dice. Trump handed out plenty of pardons to political cronies, but left Assange in stir. 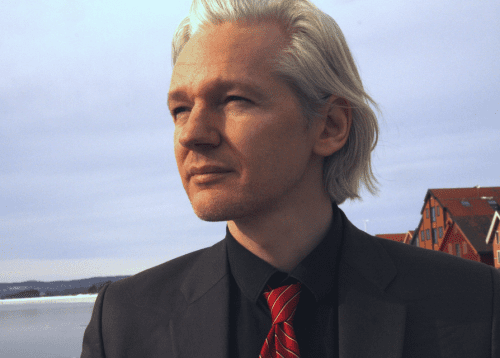 In January, British judge Vanessa Baraitser declined to extradite the founder of WikiLeaks to the US on trumped up (pun intended) espionage charges. Not because the charges are clearly nonsense, though they are. Nor because neither Assange’s person  or his alleged actions were subject to US jurisdiction, though they weren’t. She denied the extradition because she (probably correctly) considers Assange a suicide risk if he’s handed over.

The Biden regime intends to appeal Baraitser’s decision instead of dropping the false charges, firing the prosecutors who filed them, pardoning Assange, and awarding him the Presidential Medal of Freedom, all of which would come to far to less than he deserves.

Biden’s attitude is less surprising than Trump’s. During the 2016 campaign, Trump praised WikiLeaks for releasing Democratic National Committee emails that detailed the joint campaign between the DNC and Hillary Clinton’s presidential campaign to ensure that she, and not US Senator Bernie Sanders, received the party’s presidential nomination.

Prior to that, WikiLeaks had embarrassed then Secretary of State Clinton with its “Cablegate” release, which demonstrated that Clinton had ordered US diplomats to spy on UN officials.

And even before that, WikiLeaks had released “Collateral Murder,” a classified US military video of US troops murdering Iraqi civilians and Reuters journalists in Baghdad. The murders took place before Obama became president,  but his regime participated in the military’s cover-up of the incident and oversaw its failure to bring the killers to justice.

You can probably see why Joe Biden is less inclined than Donald Trump to let such a “criminal” walk free. If there’s a mystery here, it’s not why Biden won’t do the right thing; it’s why Trump didn’t.

The wheels of justice may turn slowly, but if they grind exceedingly fine the British courts will deny extradition with finality and free Assange, while Biden, Trump, and numerous others will eventually answer to charges of violating US Code, Title 18, Sections 241 and 242 — conspiracy against Julian Assange’s rights and deprivation of those rights under color of law.