The national board of the NAACP recently suspended the San Diego chapter president for three years, saying in a letter his conduct was contrary to the best interests of the storied civil rights organization. 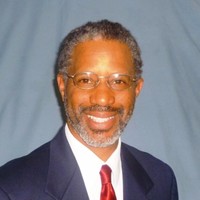 Clovis Honoré, who has served as head of the local branch since 2018, was dismissed “after it was determined that your activities, behavior and conduct were detrimental and inimical to the NAACP,” a field director wrote to the former leader.

The one-page letter dated Feb. 28 does not specify what Honoré is accused of doing to undermine the historic organization that last year marked its 110-year anniversary.

Honoré disputed the penalty, which was initially imposed last fall. He requested and received a hearing before a panel of national board members but directors upheld the suspension order, which will be in effect until September 2022.