A Washington state school  allegedly required teachers to complete a training where teachers discussed their privilege based on particular attributes, according to an anonymous teacher.

One exercise in the Tumwater, Washington, school district’s “privilege” training included “The Privilege Pie,” where participants were told to color in sections prevalent to them, the teacher told advocacy group Parents Defending Education. The privileged identities included being white, a cisgender male, having an upper/middle class social status, Christian beliefs and a heterosexual sexual orientation. 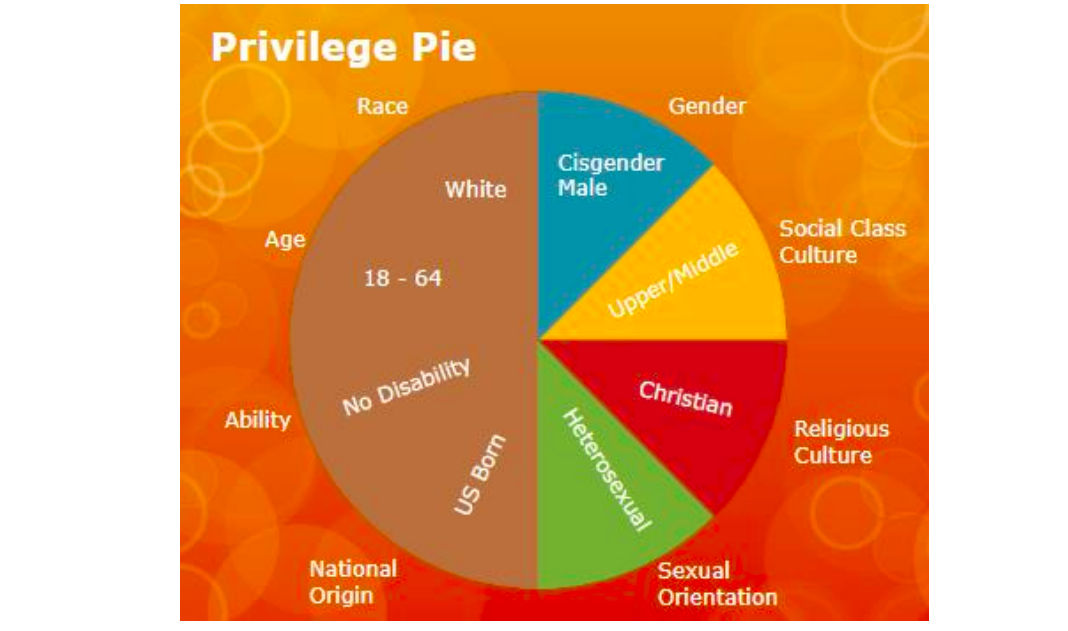 “The more we colored in, the more privileged we were,” the anonymous teacher told Parents Defending Education. “The less color you had on the pie chart, the less privileged you were. We were asked to examine our privilege.”

Tumwater School District did not immediately respond to the Daily Caller News Foundation request for comment.

“The school district hired a lady as a consultant to train some teachers and then those teachers provided the training to us during our early release time,” the teacher said, according to Parents Defending Education. “I was so upset because we have so much to do and I would really prefer to use that time to design effective instruction or communicate with families. Instead, I’m sitting there for 2 hours learning about how I am privileged because of my skin color and about micro-aggressions.”

The room was silent for the majority of the training “because everyone was terrified to contribute” for fear of offending someone with the “many micro-aggressions” they were just taught, the teacher said.

A publicly available Tumwater High School presentation has the phrase “We’re white, We’re Interested. How do we get started?” on the first page. The slideshow also includes the “privilege pie” graphic.

The slideshow also provides a “Pyramid of White Supremacy” which included “police brutality” and “mass incarceration” at the top of the pyramid, “funding schools locally” and “colorblindness” near the middle and “remaining apolitical” and “two sides to every story,” at the bottom. 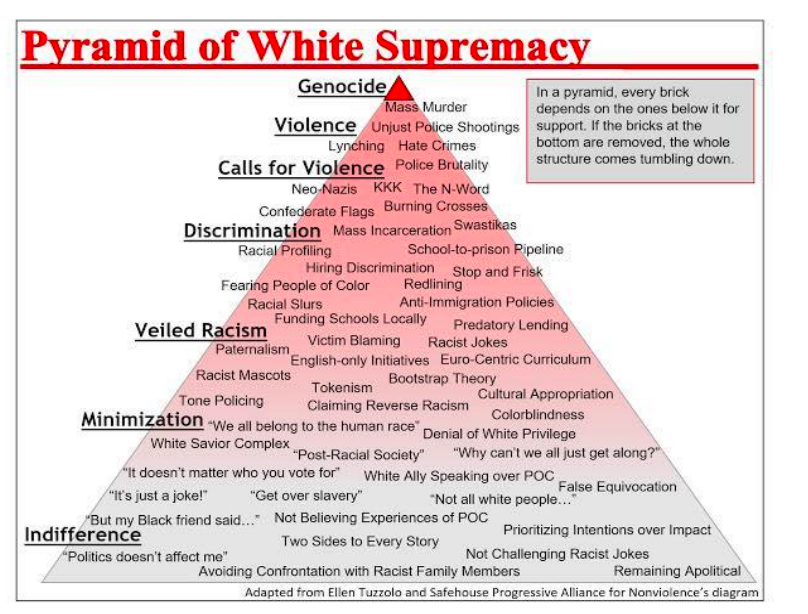 Diversity programs and seminars have been increasingly prevalent in both American K-12 and elementary classrooms.

Texas Tech University cancelled a diversity program that divided students by race after it received backlash for the divisive training it decided the program didn’t align with its values.  A school district in North Carolina instructed teachers to ignore the pushback from parents and teach a “critical race theory model” and “disrupt whiteness.”

Other teachers have spoken out against political indoctrination, including a teacher at Grace Church High School in New York City, who objected to required whites-only student and faculty meetings as part of its “antiracism” curriculum.