September 11, 2019 | A special remembrance for those who lost their lives on 9/11 – Ventura City Fire Department

On Wednesday morning, September 11, 2019, all Ventura City Fire Department stations will hold a special remembrance ceremony for the first responders and civilians who lost their lives on September 11, 2001. 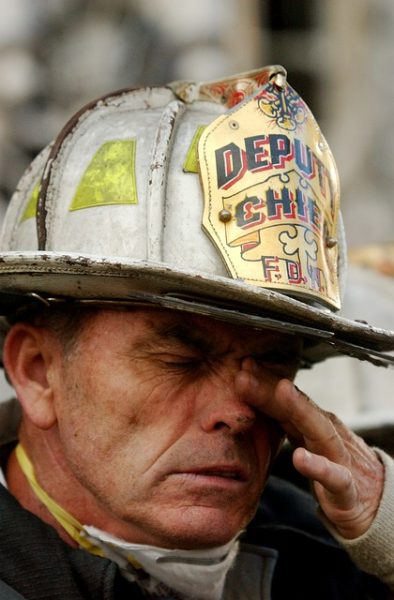 Fire Chief David Endaya says, “It is hard to believe that it has been 18 years since September 11, 2001. Whenever we see the images and hear the sounds, it evokes painful emotions that are as strong as they were when, as an on duty Firefighter/Paramedic, I watched everything unfolding on the news that fateful morning. We will never forget the heroic efforts of everyone – the firefighters, law enforcement officers, members of our U.S. Armed Forces, and the brave civilians – who gave their all to help others, many losing their lives that day.”

City officials, law enforcement personnel, and civilians are invited to visit any of the Ventura City Fire Department stations to participate in the brief ceremony. The remembrance will adhere to the following schedule:

6:45 a.m. – Fire apparatus will roll out of the stations and be positioned on the station ramps.
6:55 a.m. – Firefighters will stand at attention and raise the U.S. flag ceremoniously to half-staff. Silence will be maintained.
6:59 a.m. – A special tone will be broadcast over the fire radio followed by four sets of five bells. One minute of complete silence will be maintained. The time coincides with the collapse of the World Trade Center South Tower, and the bells are traditionally used by the fire service to commemorate firefighters who have lost their lives in the line of duty.
Fire Officers will then share a brief narrative on the events of September 11, 2001.

All stations will participate in the ceremony to ensure that all who perished that day are never forgotten.