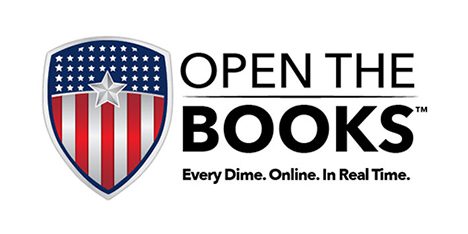 SACRAMENTO – The Representation Project, a 501(c)(3) nonprofit founded by “First Partner” Jennifer Siebel Newsom, appears to have failed to keep its registration up to date with the state of California, which should preclude them from soliciting and accepting donations. Despite that, the organization has continued its fundraising. In the past, the donor list has included many corporations doing business with the state of California, along with individual donors who have also backed Governor Gavin Newsom’s statewide political campaigns.

After cracking open the state checkbook spending last summer, OpenTheBooks.com took a deeper look at the network of donors who have financial interests with the state, donate to Governor Newsom’s campaign, and also donate to the governor’s wife’s charity, The Representation Project. Newsom himself denied any conflicts, but both the governor and his wife did cease accepting donations from utility company PG&E after the 2018 cycle, when it was found responsible for the deadly Camp Fire in Northern California. At the time, Newsom was criticized for waiving fines and signing legislation that was favorable to PG&E.

READ THE DETAILS ON SUBSTACK

In recent years, corporations like AT&T, Kaiser Permanente and Comcast, along with organizations like Planned Parenthood, have collectively donated hundreds of thousands of dollars to The Representation Project. At the same time, their executives have donated hundreds of thousands of dollars to Governor Gavin Newsom’s statewide political campaigns. Concurrently, those corporations collected more than $750 million in payments on contracts with the state of California – paid with taxpayer dollars. The Sacramento Bee has previously reported on companies both donating to The Representation Project and lobbying Governor Newsom for business purposes – a prima facie conflict of interest.

The Representation Project received a notice of delinquency from California Attorney General Frank Bonta’s office in February 2022, and since then neither the nonprofit nor the Attorney General’s office has provided an update.

“These state and federal regulations are critical to follow because they protect Americans from fundraising scams and require tax-exempt organizations to continue demonstrating they provide a public service. Sharing a dinner table with the governor is not a pass to ignore the rules every other nonprofit must follow.

“Ever since we cracked open the California state checkbook for the first time last year, we have followed the money to identify wasteful spending, possible conflicts of interest and unholy alliances backed by taxpayer dollars. The Representation Project is just the latest example, with a who’s who of California society rubbing elbows with corporate leaders who do major business with the state led by Siebel Newsom’s husband. The governor himself has lent his imprimatur to the fundraising by attending and addressing their annual gala.”

Last year, OpenTheBooks.com forced open California’s state checkbook – every line-by-line payment made by any government office in the state – for the first time. The success came after a nearly decade-long fight to get California to do what all 49 other states are able to: provide us with a line-by-line accounting of the vendor payments made by state government offices. Two state comptrollers stonewalled the requests from OpenTheBooks.com and fought in Sacramento Superior Court against revealing even a single page of documentation.

OpenTheBooks.com did an end-run around Sacramento, filing more than 440 public information requests with every state-run agency, board and department, then assembled the individual spending reports by hand.