CNN, MSNBC, NPR and PBS are still hiring. Chris Wallace is welcome to send his resume to any of them and start being authentic. But he won’t.

Just like the Democrats operating under cover of the Republican Party –useful dupes like Greg Abbott, Mitt Romney and Karl Rove– Fox News pundit Chris Wallace want to be liberal without paying the Left-wing price tag. He ‘wants his cake and eat it too’ without the calories. He wants ‘hope and change’ without the confiscatory taxes needed to fund it. And Fox News pays Wallace good money to speak nationally for those just like him.

Chris Wallace is a pied piper for the Uniparty establishment.

The morally idiotic questions Wallace asked during the first 2020 debate –and his dishonest framing of them– remove all doubt. Here are a few Wallace questions most squarely within the Big Lie category:

Will you condemn white supremacists?

President Trump has repeatedly condemned white supremacists. He has done so publicly –numerous times– since Chris Wallace asked the same question of President Trump in 2016.You read that right.

What is radical about racial sensitivity training?

The ‘training’ is racist; it derives its substance from racist biases. Every common racial sensitivity training syllabus in use today was written by individuals who hold a racial interpretation of life. Incidentally, Chris Wallace’s cover as a covert influence agent for the Democrat Party is now blown.

Do you believe there is an unequal system of justice for blacks?

Chris Wallace must believe so. Otherwise, there can be no explaining why he asked such a Left-slanted question. Of course, if the aim was to appease a racist demagogue like Joe Biden, Wallace hit the mark.

Chris Wallace is exactly why We, The People must be the media – not ‘the press’ as it has been for too long. Now we can know for sure Fox News has folded itself into the Democrat-Media Complex. It just does less damage than its DMC allies do.

Do the most effective thing you can do for America First:

Be the truth teller Chris Wallace refuses to be. Find the facts he and his Left-wing buddies refuse to bring to light; get them on video – and make the truth known to the people. Be the media ‘the media’ stopped being decades ago in this country.

It is the only way America First will win long-term.

Don’t believe so? Prove me wrong. 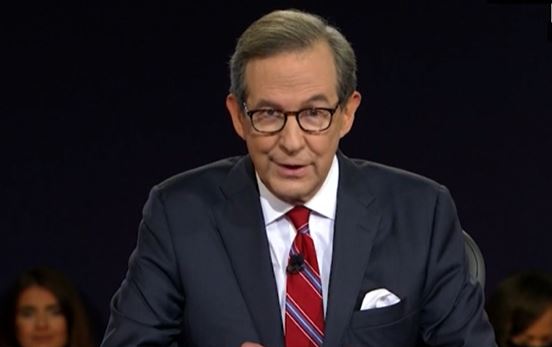 Mike Smith was a 23 year resident of Camarillo