The Conejo Valley Unified School District (CVUSD) school board had a rough night on September 3, and its efforts at damage control is not helping. Rather than address the concerns of the public, they are hiding behind an umbrella of defenses that when paraphrased come up to, “We don’t have to respond; this is political.”

One of the questions brought up in comments last meeting, was about summer school tuition, which ranges from $300-$600 per class for students. Students take these classes, at times, to get ahead, but also they might be taking these classes because they didn’t do well in a previous class, and they are retaking classes so that they can graduate on time.

The anger and frustration surrounding this issue can be difficult to follow, but here’s what I’ve discovered so far.

On July 28, 2017, the California Department of Education (CDE) issued a Fiscal Management Advisory to County and District Superintendents and Charter School Administrators. In the advisory, CDE clearly stated that no fees should be charged for summer school. Specifically, it stated, “The Opinions of the Attorney General indicate that charges may not be levied for…’A tuition fee or charge as a condition of enrollment in any class or course of instruction, including a fee for attendance in a summer or vacation school, a registration fee, a fee for a catalog of courses, a fee for an examination in a subject, a late registration or program change fee, a fee for the issuance of a diploma or certificate, or a charge for lodging.’”

On March 2019 at a school board meeting where Trustee Everett raised the question about charging tuition in this way, Trustee Connolly compared charging tuition for summer school through Conejo Schools Foundation to fundraising through selling t-shirts with a school logo on it. Her logic was that no one has to go to summer school, so it’s voluntary. However, for many students who struggle in classes and need to retake them in summer school to be able to graduate on time with their class, that isn’t quite true. And then, the California Department of Education does not make the distinction on whether or not participation in summer school is voluntary, it simply states that the districts, as well as parent support/booster organizations, must not charge tuition.

Since actual education classes for school credit are educational activities, then the conclusion is that the Conejo Schools Foundation, as it is authorized by the school board, must not charge fees for summer schools. So why do they?

Conejo Schools Foundation does have a Western Association of Schools and Colleges (WASC) accreditation, but it is not in the form that the organization is currently authorized by the Conejo Valley Unified School District. WASC does not accredit parent support/booster organizations. When Conejo Schools Foundation applied for their accreditation, they did so as a supplemental education program for summer school.

In terms of Conejo Valley Unified School District, Conejo Schools Foundation has been authorized as a parent support/booster organization, but it has not been authorized by the board as a supplemental education program charging tuition to students. In fact, the school board has an obligation not to employ, or utilize, a supplemental education program which charges tuition, when it has a clear mandate from the state that they must not charge tuition for summer school. Additionally, for the school district to use a private organization to provide summer school, I would think that the Conejo Schools Foundation would need to be hired as a contractor and not simply be authorized as a parent support/booster organization.

At the very least there is the appearance of a conflict of interest when two board members either work for or serve on the board of Conejo Schools Foundation. What adds to the confusion is that these two board members, who are supposed to comply with the California Department of Education’s directive that no tuition should be charged for summer school classes, have found a way to promote their own organization which does charge tuition in defiance of that directive. When they should be looking out for our students whose families might be struggling financially, they seem to have found a way to self-promote their own organization and defy the law.

Now, Conejo Schools Foundation, as a parent support/booster organization, and authorized by the school board, has done great things for our schools and our communities. But it seems that what it gives to the community on the one hand, it takes away from the community in their role as a supplemental education program on the other. As it stands, even with the shield of Conejo Schools Foundation, I would say that CVUSD has a Title V compliance problem when it comes to student paid summer school. 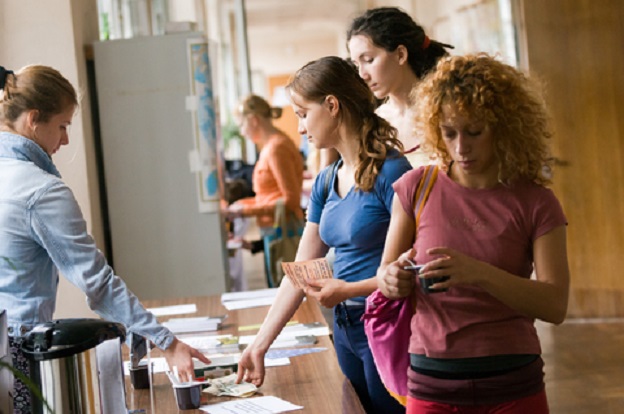 Janet Stephenson is a resident of Thousand Oaks