The Beer Belly Putsch: A Sign of Things to Come

In a sign that 2021 may get even more darkly weird than 2020, a mob of Trump supporters pushed their way into the US Capitol on January 6, putting politicians to flight and delaying, for a few hours, Congress’s quadrennial ritual of counting electoral votes and blessing the enthronement of the next President of the United States.

Their goal was to, in words emblazoned on some of the signs they carried, “Stop The Steal.” They seemed to genuinely believe (in the face of overwhelming evidence to the contrary) that Donald Trump, rather than Joe Biden, was the rightful winner of the election.

If there’s anything more dangerous than believing something that isn’t true, it’s getting together with thousands of other people who believe the same thing to act on that belief. The IQ of a large group is inversely proportional to the number of people in that group. 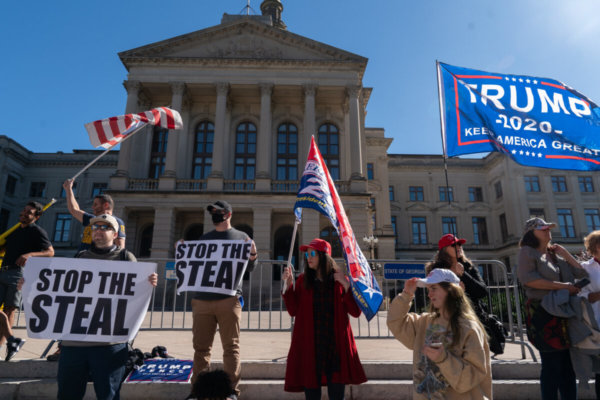 The attempted putsch was never going to succeed. Not just because its shock troops seemed to be mostly even fatter and more out of shape than me, nor because they were obviously going to be out-gunned once the surprise wore off and the government’s law enforcement and military machinery responded. Even if those things hadn’t been true, grievance just isn’t a sound substitute for strategy. The putsch was doomed because it was stupid.

“Imagine,” talk radio host Aria DiMezzo tweeted as the news began to break,  “being so upset about not getting the tyrant you wanted that you storm the tyrants’ building and demand the tyrants break the tyrants’ own laws to change who the next tyrant is. Hope they brought tar and feathers, though.”

Can I get an amen?

Once the Capitol was cleared, the politicians returned to posture.

This disgraceful incident, some said, is something one expects to see in a banana republic, not in America, hoping the rest of us haven’t  noticed that they themselves spent the last three quarters of a century turning America into exactly such a banana republic.

We must carry out our sacred duties under the Constitution by completing this ritual, some said, hoping the rest of us haven’t noticed that they themselves squat over, and defecate upon, the Constitution, on a daily basis.

But we HAVE noticed, each in our own way. The “Stop The Steal” crowd and Black Lives Matter may seem like very different movements, but they’re both driven by growing recognition that America doesn’t work anymore, and probably never did work as well as its public relations department would have us believe.

As Lysander Spooner put it, the Constitution “has either authorized such a government as we have had, or has been powerless to prevent it. In either case, it is unfit to exist.”

Nothing lasts forever. Not even the United States. Eventually, per Yeats, “Things fall apart; the centre cannot hold.”

Things are falling apart. The centre is not holding.

So, what comes next? I don’t know. But the Beer Belly Putsch is  evidence that whatever’s next, it’s at the door and knocking.

The Beer Belly Putsch: A Sign of Things to Come | The William Lloyd Garrison Center for Libertarian Advocacy Journalism