The Cavalry’s Not Coming! The War for America’s Future

There is no Counterintelligence apparatus in the United States. The war for America’s future will be won at the local level or lost completely. The youngest are at the mercy of the (remaining) wise people in our own communities – not liberal ‘Republican’ politicians controlled by the Democrat opposition.

The federal government agencies designed to detect, investigate and interdict socialist, Communist and Islamic civilization Jihad networks are all fully subverted by the same radicals they’re supposed to be stopping. Yet too many people are unaware of this fact – which only shows how successful the Leftist counterstate is.

The top-down approach to defeating the leftist counterstate is over, folks.

The bottom-up grassroots firewall is the only remaining option we have for keeping the Republic. Nothing can unmake this fact. It is the only option that has ever worked long-term in America. And the only one that lets each Constitutional originalist voter directly control the outcome.

Of course, given the state of the American people anymore, this firewall likely hinges on President Trump’s reelection. It shouldn’t, but this is the truth of the 2020 reality. This is not a knock on our President. It is a knock on US – as a people, we’re far more dependent and fickle than we realize.

The solution is effective nullification as a return to American federalism – the unilateral separation of the states that can be saved from the opportunity feeding government growth addiction. The opportunity is Washington, D.C.-supplied statism.

Every American state is economically dependent on the non-state of Washington, D.C. Imagine the states are people and D.C. is a slaveholder – and now realize every single one is the property of D.C.

Including Texas. The Lone Star state is on track to (again) spend at least 145% of the tax monies it took in last year, as it levies the third-highest property taxes in the country – paid partly by folks who drive on bankrupt toll roads tricked into believing they’re paid for. Proverbs 22:7 applies.

Meanwhile, Democrats are more willing to reshape the USA’s map than Republicans are content to let it shrink to a more American size. Ironically, the aggressor states wanting a ‘divorce’ have a stronger will to separate from the U.S. Republic than the injured states want to do what must be done to remain.

So the states still able to nullify the national government’s theft of their sovereignty must divorce from Washington, D.C., put a restraining order against every Democrat-run state, and be brutally intolerant of Democrats disguised as Republicans. Accountability will have to take on a meaning very unfamiliar and discomforting to most conservatives therein. The majority will need to acquire a cast-iron stomach.

We’re in a social civil war. And most Republican lawmakers don’t freaking get it. But there will come a time when even they will accept ‘the cavalry’s not coming’. They will have to – they will be made to. 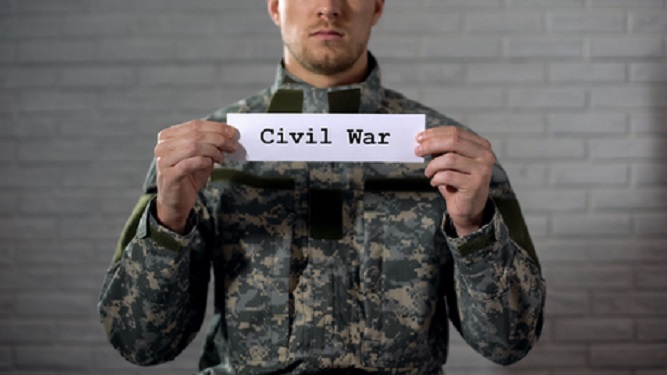 When Will GOP Leadership Come Out And Say It? Biden Is A Traitor. He Must Be Impeached, Then Indicted For Treason