The Future Of The Salton Sea Is Today 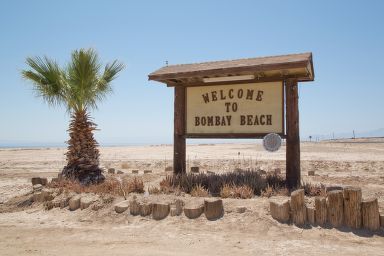 From an irrigation canal sourced by the Colorado River built to supply Imperial Valley farmers with water in the early 20th century to the collapsed canal headgates, the landlocked Salton Sea was filled and became home to migratory birds, boating enthusiasts, tourists, developers, and engineers wanting to capitalize on rich resources buried beneath the water. The “sea” was also the destination for farm runoff water containing contaminants causing diseases affecting local habitat. As farm water usage decreased and draws from the Colorado River leveled off, the Salton Sea water level continued to decrease. Evaporation losses from rising heat took a measure of water from the sea. Blowing dust from drying sections of the sea where dead fish rot cause health hazards as far west as Palm Springs. Source 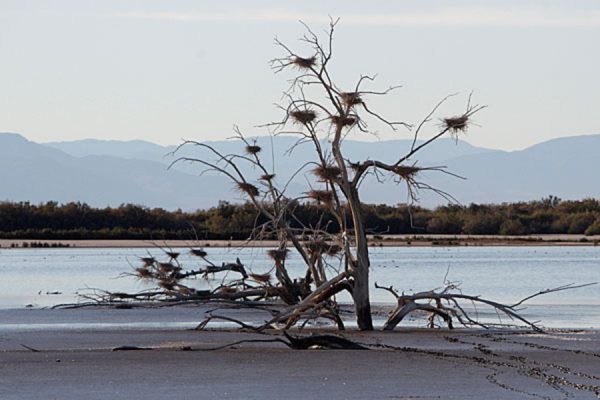 Sonny Bono as Mayor of Palm Springs pushed for solutions in the late 1990’s. The Federal Government passed the Salton Sea Reclamation Act and subsequently the Salton Sea Authority was formed. Time passed and solutions were floated. The State of California gave the task to sort out solutions and create a project to the California Natural Resources Agency (CNRA) who created a ten year plan in 2018.

The CNRA created the Salton Sea Management Program and solicited formal proposals via a Request for Proposal Letter. The proposals can be read here. An expert panel was chosen to sift through the proposals and present a recommendation by 2022. This detailed and extensively researched Desert Sun article describes some of the proposals and the challenges to the Salton Sea restoration. This article from the Water Education Foundation discusses habitat, funding and the cost of delays. Most of the proposals involve moving water from the Sea of Cortez through Mexico via the New River, but one suggests a pipeline to the Pacific Ocean and another has created an extensive funding plan. Some proposals use desalination at various points in the route. There are discussions comparing tunnels versus canals to transport the imported water.

Residents of the area saw the need to inform and educate local governments about the benefits of restoring the sea and the risks of inactivity. The group is called The Ecomedia Compass. This dedicated group of residents, fishermen, birders and scientists has been hosting events, webinars and conferences and has successfully engaged many Coachella Valley governments about the restoration. The most recent webinar was held on January 16, 2022 with several of the key players in the restoration presenting their solutions. The video can be seen here.

The all-volunteer citizen group has also engaged in several restoration projects, one of which is the Desert Shores project. This project is happening now as funding progresses.

The commissioning of geothermal projects at the Salton Sea started in the mid-1980’s and slowly grew to 11 plants producing over 400 megawatts of power. Geothermal can co-exist with a restored sea, although there will be more power generated with a “dead” sea. Salt River Project, an Arizona Public utility, has a Power Purchase Agreement (PPA) through 2039 for 50 MW of power from geothermal at the Salton Sea. Imperial Irrigation District (IID) produced a benefits summary and a map of the geothermal plants at the Salton Sea.

Lithium extraction has been permitted at the Salton Sea in hopes to be another revenue source as well a source for the batteries used by electric vehicles and power storage projects. Briny liquid underground is the source for the lithium, which could potentially include brine from the proposed desalination plants. This article explains lithium mining alternatives.

The Elephant in the Room

Needless to say, the restoration projects will all involve funding. A creative funding proposal is as important as a brilliant engineering proposal. But as one presenter said on the January 16, 2022 Ecomedia Compass webinar, there must be political will to see the benefit and complete the restoration.

Can the birders, fishermen, kayakers, artists, and photographers co-exist with geothermal and lithium mining?

About the Author: sherylhamlin dot com

Here’s a way to save the Salton Sea:
https://youtu.be/VnYT-r7nSRs