The Libertarian Enterprise | Profiles in Cowardice

If my seventy-three years on this poor, battered planet have taught me nothing else, it is that the rarest and most valuable human quality is courage, and that there are more kinds of courage than simply one.

The kind of courage that we usually think of first is battlefield courage, a strength of character that can take a man (or a woman) into harm’s way for a worthwhile cause, where he (or she) is likely to get injured, captured, or killed. An altogether different kind of courage has less to do with scars or medals than an ability to stand strong against one’s _friends_ when they are not only wrong but dead wrong. It’s the difference between physical courage and what even the Nazi butcher Adolf Eichmann called “civil courage”. In 243 years of American history, vastly more damage has been done to the Constitution and the Bill of Rights — to American values and the American way of life — by a lack of the latter kind of courage than of the former.

A lack of civil courage, a low, belly-crawling, yellow-striped, craven unwillingness to be _embarrassed_ in the proper cause, negates all of the physical courage ever exhibited in warfare, and allows the home-grown communists that have taken over the Democrat Party and the national media to accomplish what jihadist hijackers, German Nazis, and Russian and Chinese collectivists never could.

A case in point is Texas Representative Dan Crenshaw, a former Navy Seal who flaunts an eye-patch, signifying a war injury, to differentiate himself from the common herd. It requires courage just to _be_ a Navy Seal, let alone to do what they do every day, but that hasn’t kept this man from bending the knee to the victim disarmament gang in Congress and to the corrupt, polluted news media, by endorsing new and massively unconstitutional gun laws. It begs the question what the flaming fuck did he imagine he was fighting for Over There? To exactly what noble cause did he believe  he had sacrificed his eye?

Communists?, I pretend to hear you ask. Think about it: Democrats these days are every one, either explicit socialists, or socialists unwilling to publicly announce their real inclinations and intentions. You know who they are, every one of them. And socialism, no less an authority than V. I. Lenin tells us, is nothing more than communism with training wheels.

Thanks to a long string of spectacular, telegenic public shootings that look more and more politically contrived every year (yes, that’s _exactly_ what I said), to news media that have long been a Democrat  propaganda organ, and to gibbering weakness on the part of our supposed allies, these home-grown communists are about to try to disarm every gun owner in the country, using “red flag” laws that the Second Amendment, a part of the highest law of  the land, specifically prohibits.

Under these laws, a mere judge can erase two centuries of American civil librtties. At least one individual so far, an old man in Maryland, has been murdered by the police because he wouldn’t give up the rights he knew were his without condition, and many more are likely to be murdered the same way, as well. Watch this blood-soaked space. And ask your local anti-gun legislator or Congressman why he wants to foment a civil war.

What does justice (civil, not social) demand in these circumstances? Any politician who writes red flag laws, sponsors them in the legislatures, or votes for them must be subject to fines and imprisonment under Title 18 of the U.S. Code, Sections 241 and 242, that make it a crime to deprive individuals of their rights “under color of law” or to conspire to do so. Any guilty bureaucrat or cop must be summarily removed from office under the Fourteenth Amendment, deprived of all pay and benefits, and forbidden ever to hold public office again.

If that’s not enough for you, then consider the words of the Second Amendment itself, which states that the individual right to own and carry weapons is “necessary to the security of a free state”. This means that backing or enforcing “gun control” is _treason_, plain and simple, punishable (under due process, I hasten to add) by death — preferably by public hanging.

Wanna do something about it? I suggest strongly that you demonstrate your own civil courage by printing out this essay and sending it to every bottom-feeding politico who claims to represent you by conspiring to violate your rights. Ask them why their inevitable “answer” to “gun violence” is to threaten everybody who _didn’t_ commit it, with murder-by-cop. If you’re a cop yourself, you must take the same advice that I did, forty-five years ago, from the great historian and moral philosopher Robert LeFevre: resign right now before you destroy somebody’s life over something you don’t believe in, yourself.

And to Congressman Dan Crenshaw I say, lose the phony eye-patch, get yourself an honest glass eye, and just be the same, ordinary gutless slob on the outside that you are on the inside. 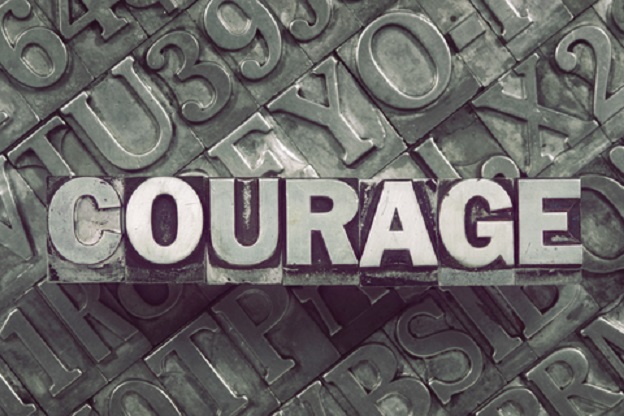