The Mad Rush to Electric Vehicles

Tesla’s stock market value is already bigger than Ford and General Motors combined, says a report in Forbes magazine. Elon Musk’s company had already received nearly $5 billion in federal subsidies by 2015, helping him amass a net worth of $31 billion. Who says government cannot make anyone rich?

But hold on. An ascendant Bernie Sanders has called for a massive expansion of government-run electricity production. He claims to be no friend of billionaires and is running against multiple billionaires, including two Democrat candidates and 23 contributors to Mayor Pete’s campaign.

But he sure is helping the rich. Sanders and many other politicos have championed a multi-state effort to end the sale of vehicles with internal combustion (IC) engines. So have several European nations. Related goals include phasing out coal, oil and natural gas for heating, electric power generation and other uses.

As Politico reports, a major part of Sanders’ $16 trillion Greener New Deal  allocates massive new funding for the four existing “power marketing administrations” that are overseen by the Department of Energy, Tennessee Valley Authority and a new federal agency. The money would go to vastly expand their solar, wind and even geothermal power production. 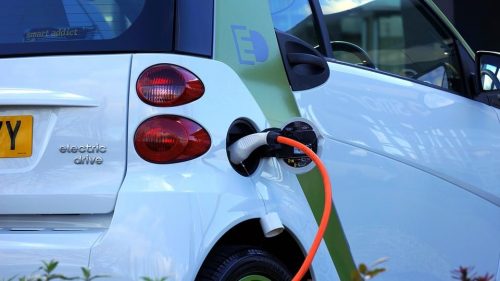 Matt Palumbo, writing in the Bongino Report, says the Sanders plan will need $2 trillion just for infrastructure, dwarfing the cost of the interstate highway system, to add 800 gigawatts of intermittent, weather-dependent wind and solar energy. Right now Sanders insists that he is not “nationalizing” energy production, but merely providing wholesale energy to public and private local suppliers. However, these subsidized government-run facilities will surely control the energy market. That looks like nationalization in all but official nomenclature.

Private companies that now rely on coal or natural gas will be further squeezed by mandated deep cuts in CO2 emissions. Meanwhile, energy demand for a mandated and growing fleet of electric vehicles will soar, requiring still more wind turbines, solar panels, backup batteries, transmission lines, and (as I note in a recent article about electric buses) metals, minerals and mining demands on unprecedented scales – coupled with rampant environmental destruction, child labor, and horrific increases in cancer and other diseases from the absence of workplace safety and pollution control standards.

Americans have expressed great displeasure over subsidizing EVs for the wealthy, a recent American Energy Alliance poll found. Only one in five voters would trust the federal government to make decisions about what kinds of cars should be subsidized – or mandated. Many do not even like, or cannot afford, the innovations already introduced for internal combustion vehicles, as evidenced by data showing that the average age of the U.S. vehicle fleet has increased in recent years.

Who can blame them for being angry? Wealthy EV buyers can get $7500 federal and up to $2500 state tax credits (not just deductions), free or low-cost charging at stations installed at taxpayer and electricity consumer cost, and access to HOV lanes even with no passengers. EV drivers pay no gasoline tax, and thus pay nothing for road construction, repair and maintenance. And as states “go green” and eliminate fossil fuel and nuclear power, average Americans will have to endure the eyesores, noise, habitat destruction and wildlife losses that will come with millions more wind turbines and solar panels.

Nevertheless, despite public qualms, most automakers have joined the EV movement. Like gossip in a small town, proposals and promises to ban or end production of IC engines have spread like wildfire. The Chinese-owned Swedish automaker Volvo announced in 2017 it would stop designing new IC engines. German giant Daimler (Mercedes Benz) followed suit last year. And in the United States, General Motors in 2018 announced plans to offer only battery-powered or hydrogen-powered vehicles in the near future.

These automakers are perhaps just responding to the political climate in Europe. The United Kingdom just moved up its cutoff date for banning sales of new IC vehicles to 2035. The UK ban would even include hybrids! France and other countries are holding to a 2040 date for mandating all-electric fleets, while Norway has set a goal (not a mandate) to eliminate most IC engines (but not hybrids) by 2025. But amazingly California lawmakers actually killed a 2018 effort to ban IC engines by 2040.

Meanwhile, European automakers have moved to profit from EV charging stations. IONITY (created in 2017 as a joint venture between the BMW Group, Mercedes-Benz AG, the Ford Motor Company, and the Volkswagen Group with Audi and Porcshe) has already built over 200 facilities with over 860 charging points. It plans to expand to 400 facilities in 24 countries by yearend 2020. And IONITY is not alone.

Europe today still has over 100,000 petrol and diesel fueling stations, certain to shrink as IC engines are now pariahs. But how do Europeans plan to charge all the electric cars, trucks and buses, if they must rely entirely on intermittent, unreliable, weather-dependent, super expensive wind and solar electricity?

Before February 2020, IONITY was charging a flat, fixed rate of eight Euros (about $8.87) for a fast charging session. That was less than 15 cents per kilowatt-hour for a 60-kW charge that might be good for 210 miles – on a continent where electricity prices are already 25 to 45 cents per kWh. With EU gasoline prices ranging from 1.77 euros/liter ($7.35 per gallon) in the Netherlands to $4.41/gallon in Romania, drivers would need about $31 in Romania or $51 in the Netherlands to drive the same distance (assuming 30 mpg), even at these incredible (and unsustainable) bargain basement electricity prices.

But as of February 1, IONITY switched to unit pricing at a rate of 0.79 euro/kWh (88 cents/kWh), or about $52.80 for a 60-kW charge. That’s a 500% increase in the cost of charging your car, just to travel a couple hundred miles. Suddenly, an EV charge is a whole lot more expensive than a fill-up.

So IONITY is offering discounts that customers can purchase from IONITY partner companies. At home chargers in the EU cost about $18 per 60-kW charge, plus about $1,000 for installation. That’s at the average EU residential rate of 30 cents/kWh (twice the current U.S. average). And that’s before the mad rush to electric cars, trucks and buses – and the mad rush to expensive “renewable” energy.

How will poor and working classes afford this, especially people who must drive to work or must use trucks in their small businesses? Who will subsidize their soaring costs – the EU’s increasingly stretched and impoverished middle class? Its millionaires and billionaires?

Here’s the rub for Americans. If Sanders gets his way, the federal government will control the price and availability of electricity in the USA. California, which wants to mandate EVs only, has already faced multi-day electricity blackouts due to fire concerns, and if there’s no power there’s no charging. Many other countries also lack reliable electric power – and increasing electricity scarcity (almost certain in a fossil fuel-free environment) drives up prices even in government-controlled marketplaces.

After the 1970s oil embargo, the United States opted for a broad-based energy sector, so that shortages in one fuel would not cripple the national economy. But today, many cities have already moved to ban oil, coal and natural gas, nuclear is still taboo, and wind and solar are intermittent. The push toward an all-electric society – plus heavy and rising burdens on the power grid from intermittent power generations and charging all-electric vehicles – looks like a recipe for disaster, at least for the average consumer.

The well-connected always do well enough in controlled economies – at least until government policies send energy prices soaring, and send angry poor and working class protesters into the streets, to rage and rampage, as has happened in Iran, France and Chile.

But what can a We the Governed do but submit to the will of the all-powerful state envisioned by Sanders and his fellow Democrat presidential wannabes? They’re all insulated by their wealth and positions from the impacts of their policies. But what about the rest of us? State and federal ruling classes might be surprised at how liberty and opportunity-loving Americans respond.