A scientific scandal of epic proportions has led to costly, overly restrictive regulations and harmed patients by greatly precluding the use of radiation in curative medicine. Dr. Edward J. Calabrese, Professor of Toxicology at the University of Massachusetts, Amherst has found evidence of scientific fraud in the reviews that led to what is called the Linear No Threshold (LNT) model for nuclear radiation damage.

The LNT model asserts that even small or infinitesimal amounts of radiation can cause cancer. The idea originates with Nobel Prize-winning physicist Dr. Hermann Muller who, in 1927, demonstrated that radiation may cause genetic mutation, suggesting mutation as a cause of cancer. Muller said in his 1946 Nobel Lecture that mutation frequency is:

“directly and simply proportional to the dose of irradiation applied” and that there is “no threshold dose”.

This was a mistake. Via a process called hormesis, it is now known that low levels of radon exposure can actually protect against cancer. Indeed, low radiation doses help animals and humans ward off illness or actually cure cancer and other diseases. 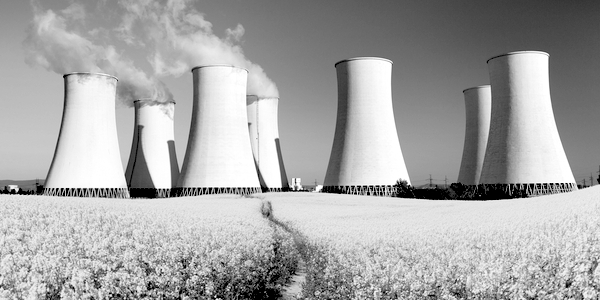 By obtaining decades of correspondence from the numerous committees and panels who have promoted the LNT hypothesis, Calabrese, founding Editor-in-Chief of the scientific journals Human and Ecological Risk Assessment and Dose-Response, can now prove that the LNT idea was fraudulent from almost its very inception.

Here is the inside story of this travesty.

Calabrese has uncovered clear conflicts of interest in the advocacy for LNT application in order to maintain funding for animal studies rather than human studies. The National Academy of Science’s Atomic Bomb Casualty Commission human genetic study, reported by Neel and Schull in 1956, showed an absence of genetic damage in offspring of atomic bomb survivors, thereby supporting a threshold model.

However, it was not considered for evaluation by the National Academy of Science’s Biological Effects of Atomic Radiation Genetics Panel. The study therefore had no impact on the Panel’s decision to recommend the Linear No Threshold dose-response model for risk assessment.

Despite the human relevance Neel/Schull study, the panel instead relied entirely on laboratory studies where radiation was applied to common fruit flies and mice.

Correspondence among the panel members now shows that the failure of the genetics panel to consider years of human exposure evidence was due to several factors:

Muller and his allies clearly feared that human genetic studies would expose the limitations of extrapolating from animals to humans, particularly using flies. This would shift research investments and academic grants from animal to human studies. Ignoring the Neel/Schull atomic bomb study served both the purposes of preserving the LNT policy goal and ensuring continued dominance of the followers of the Muller dependence on fruit flies and mice.

Those in the position of power implemented an ‘ends justified the means’ philosophy and even committed scientific misconduct to ensure the adoption of LNT. It all boils down to money, power and influence. Magnifying these universal common denominators was heightened societal fear of nuclear confrontation and continuing nuclear fallout from atmospheric testing.

The bottom line is that years of research on as many as 70,000 survivors of the atomic bomb blasts at Hiroshima and Nagasaki and their new-born children was ignored in favor of dealing only with data arrived by exposing fruit flies and mice to radiation. The US National Academy of Science should be profoundly embarrassed and the Linear No Threshold model dumped in the dustbin of history.