At the risk of sounding like Andy Rooney or perhaps Howard Biel in Network, I am perplexed at the number of things I don’t understand these days.

It goes beyond how come it is easy for characters in movies to hot wire cars when they don’t have a key while I have to call AAA for roadside assistance? If this one stumps you, why would anyone with taste buds might consider ordering take-out pizza from Chuck E. Cheese? 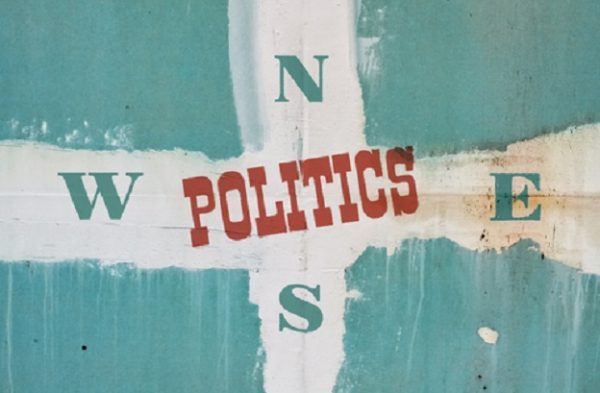 In politics it is much the same. As a so called “student of the game, I am perplexed by the weirdness experienced each day in this arena. Below is my list of anomalies.

1. Why in the world of Identity Politics am I considered to be a racist because of not supporting the views of Kamala Harris on much of anything? Isn’t having a choice part of the tradition of our Democratic system of government? Does being a conservative mean I am prejudiced against the rest of the world?

2. How can there be complaints from homeless advocates about the quality of Tuff Sheds erected by the City of Oakland endangering the health of those poor souls currently living in squalid conditions under freeway overpasses?

3. Why do Left Wing web sites keep bombarding me with urgent correspondence to end the Electoral College by sending them cash? It is well known that a Constitutional Amendment is required to do so but I guess that doesn’t matter two weeks prior to an election? This is not institution that can be terminated by a petition proclamation, or even an act of Congress; but who’s counting?

4. Does it seem weird that Gavin Newsom and his progressive buddies in the Legislature continue to fund pay to play express car lanes that only the wealthy can afford to us?

5. As an employer why I am supposed to have a policy about the treatment of gay and Transgender employees. In this regard asking workers about their sexual preferences, religion, and political beliefs has never been a part of our hiring procedures nor business practices. In addition I think it is against the law to ask such questions.

6. Gavin Newsom outlawing vehicles running on fossil fuels in California. This is the same guy who hates nuclear energy which is arguably the cleanest form of power. Another puzzling question is why the Governor does not think it is necessary to increase the supply of electricity to fuel his utopian fantasy? Beats me!

7. Why aren’t kids in school when the danger of critical illness from Covid-19 for this group is marginal at best? Perhaps this sick out will end soon after the election?

8. Why do voters continue to elect progressive socialists in California? Is it because:
A. Voters are so brain dead from hrs playing fantasy football that they don’t have time to properly select their leaders.
B. Sane voters actually support Kamala Harris, Gavin Newsom, Scott Weiner, Toni Adkins, and the rest of the gang?
C. The k1-12 education system in California has brainwashed students so much that they blindly cast ballots in the tradition of Pavlov’s dogs for Democratic candidates?
D. The California Republican party is so lame that most voters do not know they have an alternative to the liberal-socialistic policies of the legislature.

9. How come the state is passing laws stating Women and minorities is represented on boards of directors of private companies? How can diversity for diversities sake possibly make businesses run more efficiently and increase profits? Should private enterprise try to emulate the efficiency of State government where hiring decisions are determined by affirmative action? I guess we should all follow the operating procedures of the California Departments of Motor Vehicles DMV) and Employment to show us a model of how things should be done?

10. Why are Left Wing web sites constantly asking their readers to sign meaningless petitions while at the same time begging us for donations? Do these hucksters actually place a stamp on the completed documents or do they laugh all the way to the bank?

11. Why are local governments throughout California trying to pass new sales taxes under the guise of providing essential services such as road repair, dealing with the homeless, recreation, sewer, etc. while failing to mention that most of the money is going to fork over millions each year to CalPERS to pay for pensions of past and present government employees?

12. What gives professional athletes the authority to counsel fans such as me how to vote? What does running fast, jumping high, dunking a basketball or sacking a Quarterback have to do with being qualified to encourage me to support a given candidate? Am I still obligated to keep watching these jocks when they fail to stand up for the National Anthem and wear BLM shirts? Ask the NBA whose recent low play-off ratings seem to answer this question.

13. Why should I sign a birthday card for Jimmy Carter, Barak Obama, or Donald Trump? None of these guys has ever bothered to send congratulations to me on St. Patrick’s Day when I was born?

14. Why Unions dominate California Politics so much when they represent a small portion of the population? Ok, this is a stupid question. Organized Labor donates a billion dollars a year to elect candidates that support their inflated salaries and pensions.

15. When politicians run low on money why do they always ask for new taxes rather than cutting down on expenses as families do when their income is reduced?

16. Why Mike Bloomberg is lauded on MSNBC and CNN for contributing 100 million dollars to Joe Biden’s campaign to win Florida in the upcoming Presidential election is beyond me. If one of the Koch Brothers were doing the same thing, Adam Schiff would be investigating the matter as “Russian collusion”
It turns out; the only difference between the two billionaires funding campaigns is the signature coming from their checkbooks.
There are many other things I don’t understand from why reality TV shows are so popular to the reason ice cream has no bones. Some might consider me to be slightly retarded but in PC terms we tend to consider such ignorance to fall under the category of being “Intellectually Challenged”
Poor me!
The California Political News and Views invites readers in the comment section to tell us things they don’t understand to add to this list.