This Economist Says the Fed Is Overstepping – Do We Need A New Measure of Inflation?

Former Treasury Secretary Larry Summers has railed against the latest $1.9 trillion dollar pandemic relief package. Combined with the two passed in 2020, he warned, they could overheat the economy and lead to inflation thus forcing the Fed to raise interest rates, which in turn could cause a recession.

Summers raises a valid point in that the Fed is almost out of options; if the economy overheats, the Fed would have to raise rates. However, many need to take into account the financial impact of the pandemic with 9.5 million people still out of work. The total $4.5 trillion dollars in financial assistance is more palliative than stimulative. Funds were allocated to replace the lost economic activity and to keep the wheels of commerce turning to keep people in their homes.

2020 marked a record low number of homes in foreclosure because of the CARES Act.

Millions of homeowners entered and exited mortgage forbearance programs, either catching up on back payments or changing the payment terms of their loans. 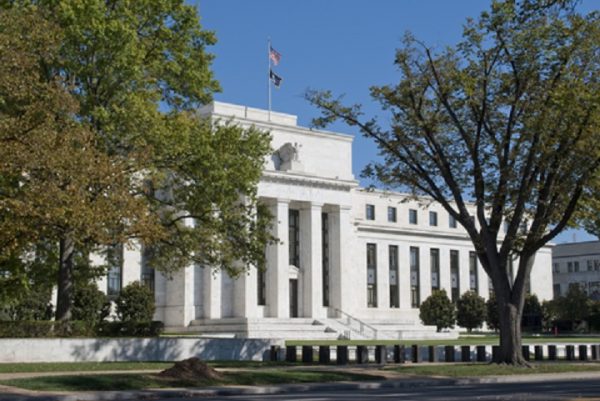 Inflation will not be an issue unless the Fed changes the way it computes consumer costs through the Consumer Price Index (CPI), the selective counting of goods and services consumed in the current time period. Today the CPI, unfortunately, does not include real estate, energy, healthcare costs, education costs, stock market percentage increases or food prices. Of the three basic needs in life—food, clothing and shelter—it only fully counts clothing.

While many would argue that food, stocks, healthcare, and energy prices can fluctuate for a variety of reasons—political unrest, droughts, floods, hurricanes, a cargo ship stuck in the Suez Canal—there should be a separate measure of inflation that calculates into a single bucket of food, housing, healthcare, and stock market percentage increase to actually see the real-world impact of economic policies of ultra low-interest rates. If such a measure did exist, Summers is partially correct that all of the stimulus incurred has actually increased the cost of everyday living for all citizens, and that these stimulus’ can cause individuals to mal-invest capital into overpriced assets that were caused by the federal reserve’s economic policies, such as the fact in the past economic recession.

If housing prices were counted among other missing elements, inflation would certainly be on the rise. It seems oxymoronic that the CPI is used to factor in raising or lowering interest rates that affect housing purchases, while at the same time the cost of the houses purchased is not included. The rationale behind the exclusion of the largest single purchase in most consumers’ lifetime is that the payment for said purchase is spread out over years. New car prices are included, and those payments are spread over years.

The fact of the matter is that the Fed has been trying to achieve inflation for the past decade, but it has struggled for a number of reasons. First—and one that not many people are talking about—is that many millennials are not having children, and population growth is stagnant. Ahead of the full report, the U.S. Census says that between July 2019 and July 2020, the U.S. population only grew 3.5%, the lowest growth since 1900. This is similar to the lost decade of Japan with its population issues and ultra low interest rates.

The second reason is the growth of technology. India is now the #5 economy in the world, and it’s largely IT-focused, particularly in regards to automation, which increases productivity, thus lowering inflation in the US consumer market and globally.

The third reason is Amazon, which is a global inflation-killer. Because there are no storefronts, Amazon significantly reduces operating costs, thus undercutting brick-and-mortar retailers.

The stimulus was required to keep individuals in their homes, but part of the symptom of low inflation is ultra low-interest rates because the cost of everyday goods and services is rising rapidly. Many people are choosing not to have children because of this. The Fed in turn continues to keep ultra low-interest rates, which will perpetuate population issues and asset price increases, such as bitcoin and real estate where individuals mal-invest capital from artificial price increases. Once the economic policies end to keep individuals in their homes, the foreclosures will, unfortunately, begin to occur. Likewise, bitcoin is technically an inflation hedge, which may approach $100,000 in the near future, which is defined as one to three years from now, but will also crash similar to 2017 because all things in life revert back to the average.

In short, Summers is simply stating that if the Fed needs to raise rates, deflation will occur, which is worse than inflation. The economic policies of the Fed are continuing to create asset bubbles and make everyday goods and services affordable. However, they did do something right compared to the previous crises by acting swiftly. The Fed’s swift responses have allowed institutions to take on debt with a low interest rate, keeping some people at work who would have otherwise lost their jobs.

Michael Kelly, the founder of Investment Science, is an economist and financial consultant.