WESTLAKE VILLAGE, CA. Julian Berger, a student at USC’s School of Cinematic Arts and a native of Thousand Oaks, will premiere his independent film, “Odd Love,” on Amazon Prime this week. The film, which Berger self-financed and self-produced, premiered on March 24th at the Westlake Village Twin theatre.

“For the past four years, every summer I get together with my best friends and we make a movie, and I plan on doing that for the rest of my life,” said Berger.  “I love making movies in Westlake and I’m so excited to now share the movie with the whole world.” Berger, a student in USC’s class of 2021 and a Westlake High graduate, filmed “Odd Love” in the summer of 2018 and has already finished shooting his follow-up, which he hopes to release in the near future. 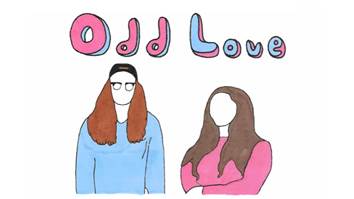 “Odd Love,” which stars Berger, along with Amy MacFarlane, Hudson Klass, Nick Petroccione, Isabella Dake, Rachael Gula, Jake Marlow, and Taylor Ogilvie, is a romantic comedy that follows two interconnected storylines, showing the different perspectives of unrequited love. The film was produced by Berger’s own, Medium Well Productions.  Although this is their third feature film production, it is their first film to have a full release.

Julian Berger, came up with the idea for “Odd Love” at 18 years old and pitched it to his friend Marcos Segura who immediately signed on as Director of Photography and Producer.  From there Berger went on to write the script during his first year at USC and began recruiting people to bring the script to life.

When talking about how he and his friends have managed to produce 3 feature films, Berger says that they use all the resources they have access to: “I’ve learned from my favorite independent filmmaker Mark Duplass to use what you have. I try to keep production in mind when writing scripts, making sure all locations are doable and scenes are ‘shootable’.’ But in the end, I still need to care about the story.”