THOUSAND OAKS—The City Council adopted a 45-day moratorium on commercial operations related to industrial hemp (approving permits, licenses, or applications for cultivating, processing, drying, storing and manufacturing of industrial hemp as well as the retail sale of hemp products) at it’s Tuesday meeting based on a city staff recommendation (since the staff is already spending significant time and money to enforce its cannabis ordinance).

Assistant City Attorney Patrick Hehir spoke on how the demand for hemp and related products has outpaced federal and state regulations and its recent placement under the Agricultural Improvement Act of 2018 as “an ordinary agricultural commodity” removing it from cannabis regulation; required the city to have more time to explore such issues as:  odor, transportation impacts, storage, processing safety and manufacturing practices. 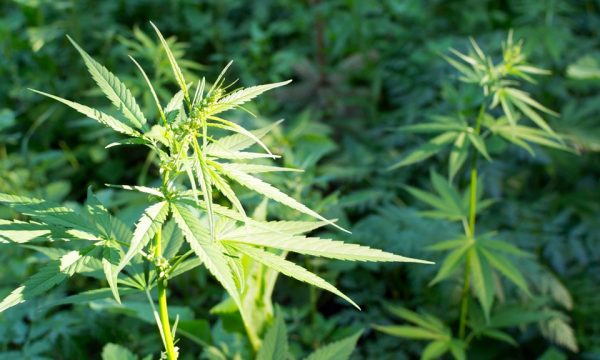 Hehir’s presentation highlighted the differences between hemp and cannabis though some of the concerns were the same and the plants are nearly identical.  Hemp is a subspecies of cannabis characterized by fibrous stalks and by regulation, containing less than .3 percent THC (tetrahydrocannabinol), the psychoactive component normally associated with cannabis.  Hehir stated how California Assembly Bill 228 has been tabled—this was set to become the regulatory framework around hemp to enhance safety measures for consumers.  However, the California Department of Food and Agriculture (CDFA) has started to adopt emergency rules, regulations and oversight committees related to industrial hemp (See Title 3, Chapter 8, Article 1 section 4900 to 4950.1 of the California Code of Regulations).

Earlier, during the city council meeting public hearing comments, two business owners (from Los Angeles and Simi Valley) presented arguments where they requested the city council to consider cannabis delivery services “which are out of public view” (do not require a retail but industrial location) within the city.

The City Council approved the moratorium vote by a 5-0 margin. 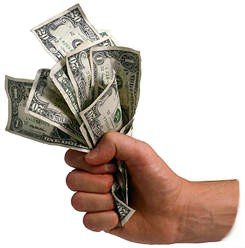 Thousand Oaks adopted a local campaign finance reform ordinance in 1998 that limited the amount of campaign contributions which then was updated in the fall of 2013 from $380 to $500 and was to be adjusted every other year based on a Cost Price Index which this year raises the contribution limit to $560 per individual contribution.

Out of nine Ventura cities, three have campaign contribution ordinances:  Simi Valley has the highest contribution limit ($1,000); Fillmore ($250) and Ventura ($150 or $325, with the higher amount dependent on the candidate running for office adopting a voluntary expenditure ceiling of $34,000).

City Council Mayor Pro Tem Al Adam and Councilmember Ed Jones brought up discussion of raising the campaign contribution amount to the $1,000 Simi Valley allows or to $750 as a compromise; while Councilmembers Claudia Bill-de la Pena and Bob Engler wanted to keep the existing contribution limit at $560 with Bill-de la Pena stating she always keeps her costs down.  Mayor Rob McCoy said he had no opinion on the contribution amount but suggested a campaign cap similar to the City of Ventura.  Following this discussion, the council decided to keep the existing $560 campaign contribution as written in the election code.

City Clerk Rodriguez reported that on June 5, 2018, the City Council rescinded Resolution 98-195, which required a special runoff election for elective offices in the event of a tie vote.  Instead, the City Council authorized the Ventura County Clerk to resolve a tie vote of elective offices by a coin flip.  This change was made to avoid the high cost of conducting a special runoff election which was estimated by the Ventura County Elections Division to cost $345,000 for a consolidated non-statewide election and over $500,000 for a stand-alone election with assistance from an elections consultant.

The county always guarantees a consolidated election on a statewide election date but a stand-alone election occurs when the Ventura County Elections Division is unable to conduct the election and the responsibility and cost of conducting the election lie soley with the city as was the case with Jacqui Irwin’s election to the State Assembly on June 2, 2015 and the cost at that time was $194,000 which resulted in a 26 percent voter turnout (18,363 ballot cast) at a cost of $10.56/vote vs. the regular election held on Nov. 8, 2016 for two council seats and one ballot measure which cost $47,409 with an 86 percent voter turnout (67,264 ballots cast) at a cost of 70 cents per vote.   This was contrasted to a special recall (special stand-alone) election that cost the City of Oxnard $403,000 on May 1, 2018 where 17 percent of the voters (13,172 ballots cast) ending up costing $30.60 per voter.

Mic Farris, responsible for a citizen initiatied ordinance requiring special elections for filling vacant council seats, gave comments on the importance of having a full citizens voice on an elected body such as the city council.   The initiative was not placed on the ballot but instead adopted by the City Council and the current election code states that the city must establish an election date not less than

The City Council approved the current election code with a 5-0 vote.

Michael Hernandez, Co-Founder of the Citizens Journal—Ventura County’s online news service; editor of the History Makers Report and founder of History Makers International—a community nonprofit serving youth and families in Ventura County, is a former Southern California daily newspaper journalist and religion and news editor. He has worked 25 years as a middle school teacher in Monrovia and Los Angeles Unified School Districts.  Mr. Hernandez can be contacted by email at [email protected].