To paraphrase Jackie Gleason, “How Sweet It Was.”

Coastal California didn’t have snow, and if a person wanted snow, he could drive to ski resorts, such as Lake Tahoe and Lake Arrowhead.

During that golden interval, housing was affordable.  Up to 1973, a three-bedroom house could be obtained for $25,000.  Today, that same house might cost $2 million or more.

The public schools were good.  And if someone wanted a first-class university education, there were, by 1965, nine campuses of the University of California.  Tuition at the university in that same year was $180 annually.  Today, the tuition is about $13,000 a year.

There were splendid beaches all along the coast.  Jobs were plentiful in such fields as aerospace, agriculture, and education.

Regardless of political party, California had growth-oriented governors:  Earl Warren, Goodwin Knight, and Edmund G. (Pat) Brown.  The first two were moderate Republicans.  Pat Brown was a Democrat who was outgoing — not at all like his son, Jerry Brown, who was also governor.

Earl Warren was elected in 1942.  In 1946, he was re-elected overwhelmingly.  In 1946, Warren entered both the Republican and Democratic primaries and won both.  The procedure was known as “cross-filing, which allowed a candidate to enter more than one primary.  Cross-filing was abolished in 1959.

Pat Brown was a supporter of big projects.  During his administration, California built freeways, constructed water projects, and supported growth of the state’s community colleges, the State Colleges, and the University of California.

Regarding higher education, who cared if admission to an Ivy League college was beyond reach?  At much lower tuition prices, a college student could find a place to obtain an excellent education.  In fact, in 1966, a survey of the nation’s graduate schools, showed U.C. Berkeley to have the best balanced graduate-education program in the nation.  Harvard University came in second, prompting some Harvard students to say, “We’re number two, but we try harder.”

Southern California had Hollywood.  In San Francisco, there was North Beach, Fisherman’s Wharf, and Chinatown.  In 1967, there was the Summer of Love in the city’s Haight-Ashbury district.  People known as hippies roamed the streets, smoked marijuana, and listed to the rock music of the Jefferson Airplane and Janis Joplin.  Special posters known as psychedelic posters announced coming events.

Movies made on the West Coast were the rage.  Two such films stood out:  “The Graduate” (starring Dustin Hoffman) and “Chinatown” (starring Faye Dunaway, Jack Nicholson, and John Huston).

In the 1960’s, there was plenty of street parking.  Whether one was in San Francisco’s Nob Hill or North Beach, one could always find a parking space.

Over the last 10 years, things in California began to change.  Homeless people appeared on the streets of San Francisco, Los Angeles, and San Diego.  Often accompanying the homeless were empty drug vials, feces, and urine.

Now, the state is plagued by wildfires and electricity blackouts.  And there are droughts, floods, earthquakes, and mudslides.

The public schools went from high quality to low quality.

In recent years, individuals from other countries invaded the state.  Go into certain retail outlets and see if it’s possible to find a salesperson who can speak English proficiently.

So California, in about six decades, went from an era of opportunity and growth to a time of overcrowded freeways and high prices.

The party is over, but it was fun while it lasted. 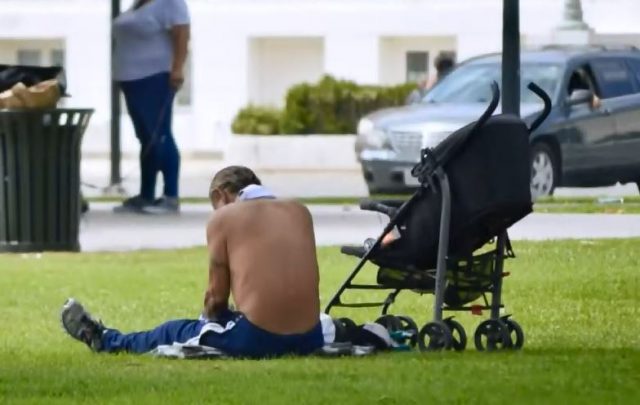