Both the EU and UK drug regulation agencies are advising that the British-researched AstraZeneca COVID-19 vaccine should not be given to younger people, owing to a risk of blood clots. They should therefore receive a different type of vaccine. 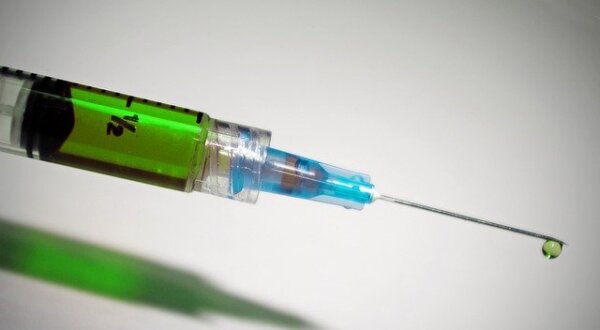 In a special scientific briefing, UK medical experts said the AstraZeneca vaccine is still very effective at protecting against the virus, but that it does carry a potential, very small risk of blood clots particularly in younger people. This comes after weeks of speculation over the possible link between the vaccine and blood clots. Regulators are therefore advising that the AstraZeneca vaccine should not be given to people under 30.

Both agencies emphasizes that the risk of the bod clots is very rare and unusual, but worth noting as a potential side effect, and important enough to issue new guidance for who should be given the AstraZeneca vaccine. The British regulator has said that those who have been given one dose of the AstraZeneca vaccine should still take up their second dose. But in future they will give under 30s a different COVID-19 vaccine where one is available.

British Broadcaster and Commentator Jonathan Sacerdoti explained “the fact that we have so many vaccines available at all within such a short time of the emergence of the COVID19 virus demonstrates an extraordinary medical success. The international scientific community worked flat out to deliver vaccines to help protect humanity from his new threat to our health. This new advice will undoubtedly increase fear among some people over being vaccinated, particularly with the AZ vaccine. The government, its scientific advisors and doctors will need to work hard to reassure people that the balance of benefit vs risk is still weighted towards them being vaccinated, albeit with a different vaccine.

The speed of the development of these vaccines means that some side effects were bound to be detected only once millions of people were being given them. The medical trials will have identified some side effects before the vaccine were cleared for use on the general population, but the more unusual or rarer side effects will only ever become apparent after enormous numbers of people have had the vaccine. That’s why this is coming to light now, and why the regulators and scientific experts are acting appropriately to issue there new recommendations. This will allow them to ensure they can do more research into any possible causal link between the vaccine and the blood clots.

Over 20 million doses of this vaccine have been given and only 79 cases of the clots were identified. However, 19 of those resulted in death. The British regulator says four people in a million could develop the side effects. Thankfully there are alternative vaccines available.

While this new advice is important and the regulators are right to act as they are doing, it is still vital people should take up the offer of a vaccine when it is made. Those deemed to be at risk will be offered a different vaccine. The UK is already using the Pfizer vaccine, and is about to start using the Moderna vaccine. The supply of these other vaccines ought to mean that Britain can continue its vaccination program without drastically slowing down its vaccination program.”

Jonathan Sacerdoti is a British broadcaster and social commentator, widely featured on British and international television and media. He provides commentary for a wide range of TV stations including regular appearances on the BBC (including on their international show Dateline London) and the UK’s Sky News. He also appears on Channel 4 News, Al Jazeera English, NDTV in India, France 24, i24News Cheddar News and others. He has been published by the Daily Telegraph, The Spectator, the New Statesman and Jewish Chronicle. He is also a well-known campaigner on racism issues. www.JonathanSacerdoti.com

Uh, no thanks… You can keep your “exceptional medical success” …