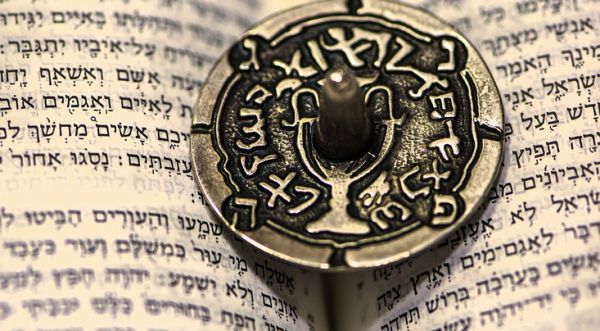 The University of Maryland has been hit with a lawsuit by a former professor who is charging unlawful discrimination through its creation of a “hostile work environment” and its “retaliatory termination” of her employment.

All because she “dared to express her religious beliefs, and protested unlawful treatment.”

The American Center for Law and Justice explains that the case against the school is on behalf of Melissa Landa, who had been a professor at the school for 10 years.

“Everything was going well” for the Jewish professor, the ACLU reported, “until she started to become more open about her Jewish beliefs.”

The ACLJ reported, “In December 2015, Dr. Landa organized a group to address antisemitism at Oberlin College. Her supervisor criticized her efforts. In March 2016, Dr. Landa joined an anti-BDS (Boycott, Divestment, and Sanctions) organization, at which point that same supervisor abruptly withdrew his participation from a presentation at a conference in which he and Dr. Landa were supposed to share a podium.”

The situation continued to deteriorate, the ACLJ said.

“A month later, with prior written approval, Dr. Landa traveled to Israel to celebrate Passover. In compliance with university policy, she taught classes over Skype with her teaching assistants in attendance, yet she received an email from her department chair saying that what she had done was unacceptable and threatening her job. Upon information and belief, when other (non-Jewish) professors made similar arrangements, the administration was fine with it. Dr. Landa came home and reported religious discrimination to the College Diversity Officer.”

When she informed her supervisors in 2016 that she had gotten a grant to create a partnership with a college in Israel, they “responded by abruptly removing her from the literacy course she had helped to create and had taught for over 10 years, which also prevented her from establishing the partnership as well as doing her research and maintaining her role in her department.”

Her replacement had “minimal experience,” the ACLJ reported.

Other courses then were assigned to students, “violating university policy and resulting in student complaints to the dean and provost,” the ACLJ reported.

Eventually, the multiple disputes ended up in grievance hearings, during which time she got an award for “exceptional scholarship and a letter of commendation from the Associate Vice President for International Affairs.”

Then her supervisor informed her that her contract was being canceled.

The Equal Employment Opportunity Commission issued a reasonable cause finding against the school, but the university rejected all attempts to address the problems.

The case in U.S. district court in Maryland seeks an injunction ordering the restoration of Landa to her salary and teaching position, as well as an order telling the school and its officials to accommodate the sincerely held religious beliefs of workers.

It also seeks appropriate back pay with interest in an amount to be determined at trial.