Unvaccinated Troops Now Threatened With Losing All Their Veterans Benefits

We detailed Thursday that many thousands of active duty Air Force personnel have still remained unvaccinated even after the Tuesday deadline has come and gone for the Air Force’s mandate to receive both Covid jabs, which was the earliest set deadline among US military branches.

Already some branches like the Navy and Marines have clarified that members who refuse the mandate will be relieved of duty and separated from the service. After Tuesday’s deadline at least 8,500 active-duty members of the Air Force and Space Force are in non-compliance and now risk being kicked out. However, there’s no indication as of yet that commanders have booted anyone at this early point.

But now the Department of Defense (DoD) taking its threat of punitive action a big step further, saying unvaccinated service members could see their veterans’ benefits taken away. This would be based on personnel receiving other-than-honorable discharge, which will reportedly be determined by a base’s local command. 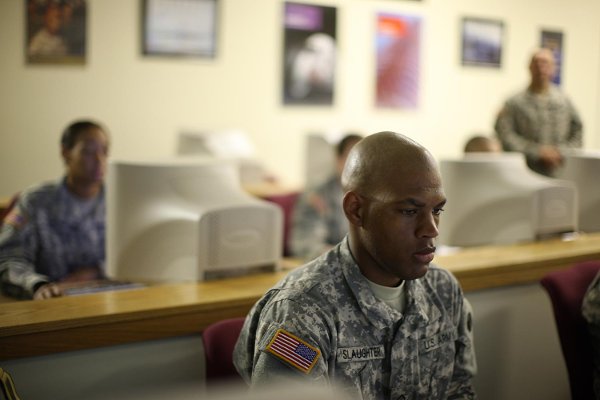 The Pentagon is saying such a drastic penalty, which would result in individual veterans potentially losing everything from education benefits such as the GI Bill, to eligibility for a veterans home lone, is necessary as lack of vaccination impacts “readiness”.

When you join the military your ass is theirs. What is the surprise?

When you can’t convince people of the merit of your logic, only totalitarians use force.

Yes! And I refuse to get something that I’m FORCED to get! You have to ask why are you FORCING an EXPERIMENTAL VACCINE that was crafted in the 1990’s and the animals did not live…. And why did Fauchi say this in 2018-2019 when Trump was in office? Make you wonder…. This was planned. And we as free people better wake the hell up and start saying NO TO THIS TYRANNY OR WE WILL FALL!!